24 Hours Of Spa: The First Half 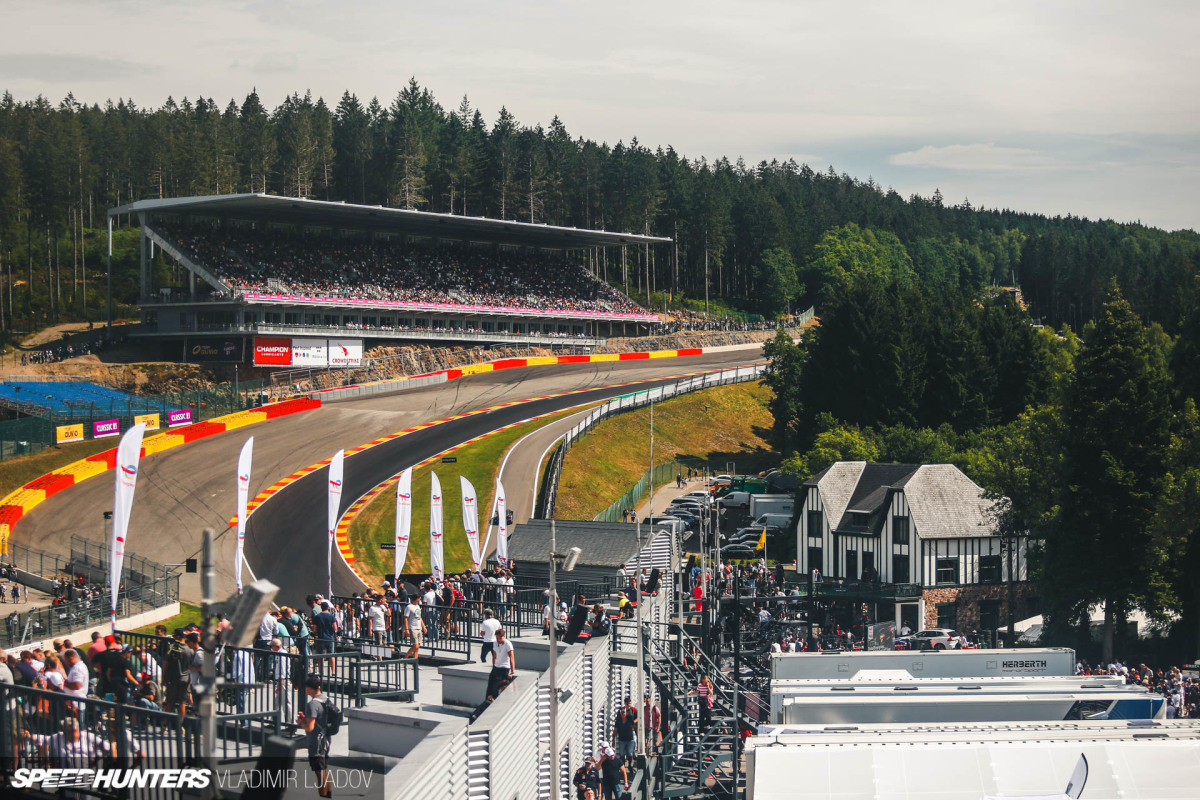 I’ve wanted to attend a 24 Hours of Spa race for a very long time.

In 2017, I even got so far as to gain media accreditation, but then sadly ended up not being able to go. After following the amazing Nürburgring 24h coverage on Speedhunters this year, I was motivated to apply for accreditation again. And this time I finally made it to Belgian Ardennes for the world’s biggest GT3 race.

Shooting a 24-hour race is challenging at the best of times, let alone when inclement weather plays a role. In the hills of the Liège region, the weather conditions are constantly changing, so rain is almost expected during the race. But surprisingly, the forecast showed dry weather, and it stayed that way with a mild 75°F (24°C) temperature throughout the weekend.

Looking back, I think I can say that the stable weather took some of the excitement out of the event. I would have enjoyed a strong shower to add some extra drama to the photos, but maybe that’s only because I’m back at home now, and didn’t get to experience what surely would have been misery, trudging up and down the endless hills around the circuit in the pouring rain.

Practice sessions took place throughout Thursday, with qualifying on Friday evening. Even at this stage I had walked over 15 miles and climbed what felt like three million stairs. Because this was my first time at the Spa-Francorchamps circuit, I wanted to familiarize myself with every corner, and that did involve a couple of dead ends. The track marshals, arguably the people most in love with the sport, were always helpful though.

The 2022 TotalEnergies 24 Hours of Spa was the third 24-hour race I’ve attended, so I had a rough understanding of how the day would progress and what to expect. With that in mind, I took it very easy before the green flag dropped. I ate a healthy breakfast, stocked up with water and snacks, prepared all my equipment and started thinking about where I’d shoot the race start from.

Eau Rouge, the famous first corner after the start – but technically the circuit’s second turn – was the obvious choice for a first-timer like me, but positioning myself there meant missing the grid walk and the unique perspective of what happens just before the race begins.

So I made a compromise; I set myself up in a spot where I could spectate grid preparations from a distance, but also shoot the start.

At 4:45pm. the Audi R8 safety car was ready to lead the field of 66 GT3 cars for the warm-up lap that would set the 24-hour marathon in motion.

Within a short couple of minutes, nine different brands plunged into Eau Rouge and then made the climb up through Raidillon, kicking off a full day and night of competition at the 74th running of this iconic endurance race. I was standing just under the grandstands, and was amazed how the roar of the crowd was just as loud as the passing field of race cars.

There’s one main reason why I like GT3 racing: Even though there are many vehicle regulations, the engines are varied. You can easily distinguish between a BMW straight-six, a Porsche flat-six, the V8s in Mercedes-Benzes and Aston Martins, and the Lamborghini V10. Furthermore, there are different engine layouts and a mix of naturally aspirated and forced induction.

I guess what I’m trying to say is, the cars are not all the same.

In the first hour of paint-swapping and there were at least four tire punctures and a couple of spins.

And when a field is so large like this one was, it’s only a matter of time before someone gets it wrong and spreads a whole lot of small rocks across the track. At one point, the surface at Les Combes looked very sketchy.

It’s very easy at an event like this to set yourself up at a corner and fire away, so every now and then I needed to remind myself to keep looking for unique and creative angles. The trees and the long straight in the background seemed like a good place to do some panning, and I particularly like how the shot above came out with a group of police officers walking by in the opposite direction.

I returned to Eau Rouge, but this time had a perfect vantage point looking towards the grandstand I’d been standing on earlier.

Like I said, it was a real marathon, but after what felt like only a short while the sun started heading for the horizon. I really wanted to get some atmospheric sunset shots and experiment with long exposures in the dark, so there wasn’t much time to waste.

I caught a media shuttle to an inside part of the track, where at the Bruxelles turn I was able to get really close to the action. This was an ideal place for me to use my wide lens.

I was traveling light so didn’t have any flashes or strobes with me, not that I’m a great fan of that sort of artificial light anyway. There are a couple of tricks I like using at night races. Firstly, using what the headlights from a chasing car illuminate, and secondly, catching someone else’s flash. I didn’t have to wait long for another photographer to blind the passing drivers.

By now it was approaching midnight and completely dark, and the only thing on my mind was how I was going to get back to the media center so I could then drive to the hotel and grab a short sleep before sunrise. It’s a luxury I had; the team photographers weren’t so lucky.

Luckily for me, an empty media shuttle showed up soon after, so I caught a ride and focused on the final two tasks I’d set myself for the night: long exposures and pit lane.

The pits were a hive of activity, so I decided to enjoy the view from the top and document the action below.

The race was close and it felt like any of the professional teams could take the overall victory. Of course, the only thing that’s guaranteed in an endurance race like this is the unexpected.

I’ll be back soon with the second half of the 2022 TotalEnergies 24 Hours of Spa.