A living room on a skateboard: how electric vehicles are redefining the car | Automotive industry 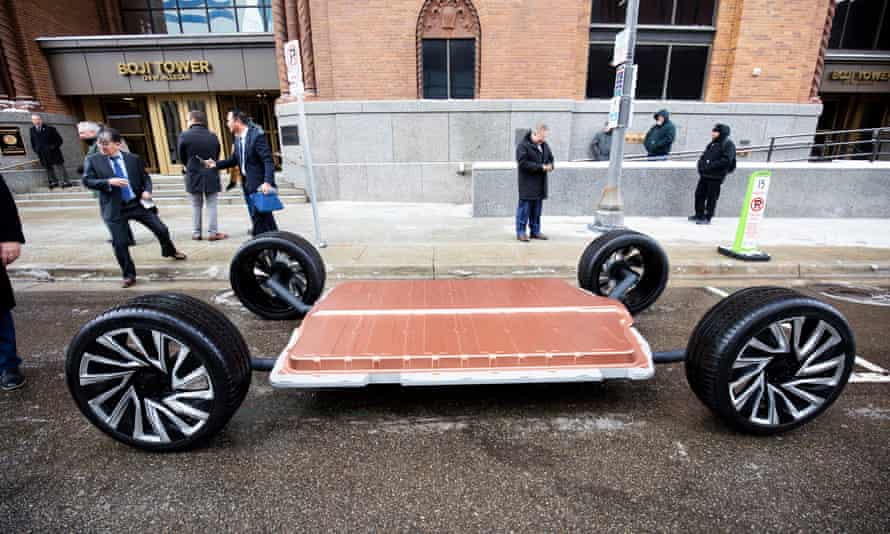 Take any petrol car sold today and show it to a mechanic working on a Ford Model T 100 years ago and there is a fairly good chance they would understand roughly how it works. An internal combustion engine at the front turns the wheels, carrying a driver behind a steering wheel, some passengers and luggage.

The advent of electric cars changes everything. No longer will the shape of the car be defined so rigidly by bulky engines, exhaust gas handling or driveshafts. At the same time, digital technology promises to replace everything from rear-view mirrors to the human driver. Never has the car industry had to cope with so many changes all at once.

All of these changes will come to a head in the next few years, says Adrian van Hooydonk, the design boss for BMW Group. Carmakers’ main concerns will be electric power and integrating fast-evolving digital technology – all while improving environmental sustainability. “It will be a reinvention,” he says.

Here are some of the most striking changes we can expect to see.

Already the lack of an internal combustion engine has had an impact. Look at the front of a Tesla and one thing becomes clear: there is no grille needed to provide air to the engine.

Rival manufacturers (in catchup mode to Tesla, the world’s most valuable carmaker) are using the newfound design freedom to provide models such as the Hyundai Ioniq 5 and the Honda e that go for smaller but stronger lights in a package offering retro futurism that might have featured in a 1980s sci-fi film.

But the changes will go far beyond superficial styling. Electric cars are built with a “skateboard” design, with a flat bed of batteries and wheels and motors at either end. Electric motors are also smaller than bulky internal combustion engines, meaning there is no need for an expanse of bonnet in front of the driver.

The US startup Canoo is one of the most notable examples of this. Its “lifestyle vehicle”, which may be delayed until early next year by supply chain problems, will have a notably flat front, giving it a boxy shape unlike most modern cars.

However, aerodynamic considerations still rule to some extent. The UK van startup Arrival initially planned a vertical front windscreen, but eventually opted for a more traditional raked design because the air resistance reduced the vehicle’s range.

The skateboard means electric cars tend to be a few centimetres taller, and many carmakers have started with bulky sports utility vehicles (SUVs) first so they can fit in more batteries. But there is still more space for passengers.

In combustion engine cars “the mechanics took up a tremendous amount of space in the overall footprint,” says Mark Adams, design director for Vauxhall-Opel. What that space is repurposed for in an EV is then “really up to the individual vehicle and what you’re trying to do as a brand”.

Citroën, one of Vauxhall’s stablemates under the Stellantis conglomerate, has already shown one option: the Ami is a tiny, no-frills two-seater car for pootling around cities. It will launch later this summer in the UK at less than £8,000.

In France the Ami can be driven by anyone over 14 years of age, with no need for a driving licence.

Adams believes the electric revolution could finally arrest the move towards bigger SUVs. “The days of the growing cars forever more are gone,” he says. “We don’t need to have massive footprint cars any more.”

Producing zero exhaust emissions is not the only major change to how cars look and feel. Reducing waste at end of life is increasingly seen as crucial for carmakers, and that means using fewer parts with fewer complicated mixes of materials where possible.

For instance, a car’s front grille can contain 10 to 15 pieces, so dispensing with it reduces complication when it comes to fixing or recycling. BMW’s i Vision Circular showed how a car could be made with only seven materials – all recyclable. Achieving that at scale will be another matter, however.

The most conspicuous absence in future cars will eventually be the steering wheel. Driverless cars are already clocking up millions of miles on roads, and it seems inevitable that mostly or fully autonomous cars (known as level 4 and level 5 in industry jargon) will – eventually – come on to the market.

“If you then switch it to full autonomous you don’t necessarily need to stay in that same position,” says Vauxhall’s Adams. “We’re all looking at that space.”

Changing “one big thing changes 100 smaller things”, he adds. Less driving means less need for easily accessed controls, so cars will swap the aeroplane cockpit, stuffed full of buttons and switches, for a cleaner look which is more about leisure.

Overall, digitalisation will have an even bigger effect on car design than even electrification, says van Hooydonk.

Canoo calls its US-targeted model a “loft on wheels”, while the Korean carmaker Hyundai’s concept Seven vehicle has swivelling lounge chairs and banquette seating that it describes as a “living space on wheels”. It is clear that some cars are going to be treated more as extensions of home that happen to move as drivers are freed to do other things.

All that free time on the move may give people more time for other activities. Cinema-style projectors or virtual reality entertainment are two options in the works. Car consultancies and big tech companies from Apple and Alphabet to Spotify and WeChat believe the car will be the next place where they can sell a huge array of services such as films, games and music.

Eventually, interiors could move from “living room” to “bedroom”, although putting beds rather than seats in cars throws up tricky safety problems. Nevertheless, the idea of going to bed at home and waking up at work, or even in another country, is no longer a Jetsons-style pipe dream.