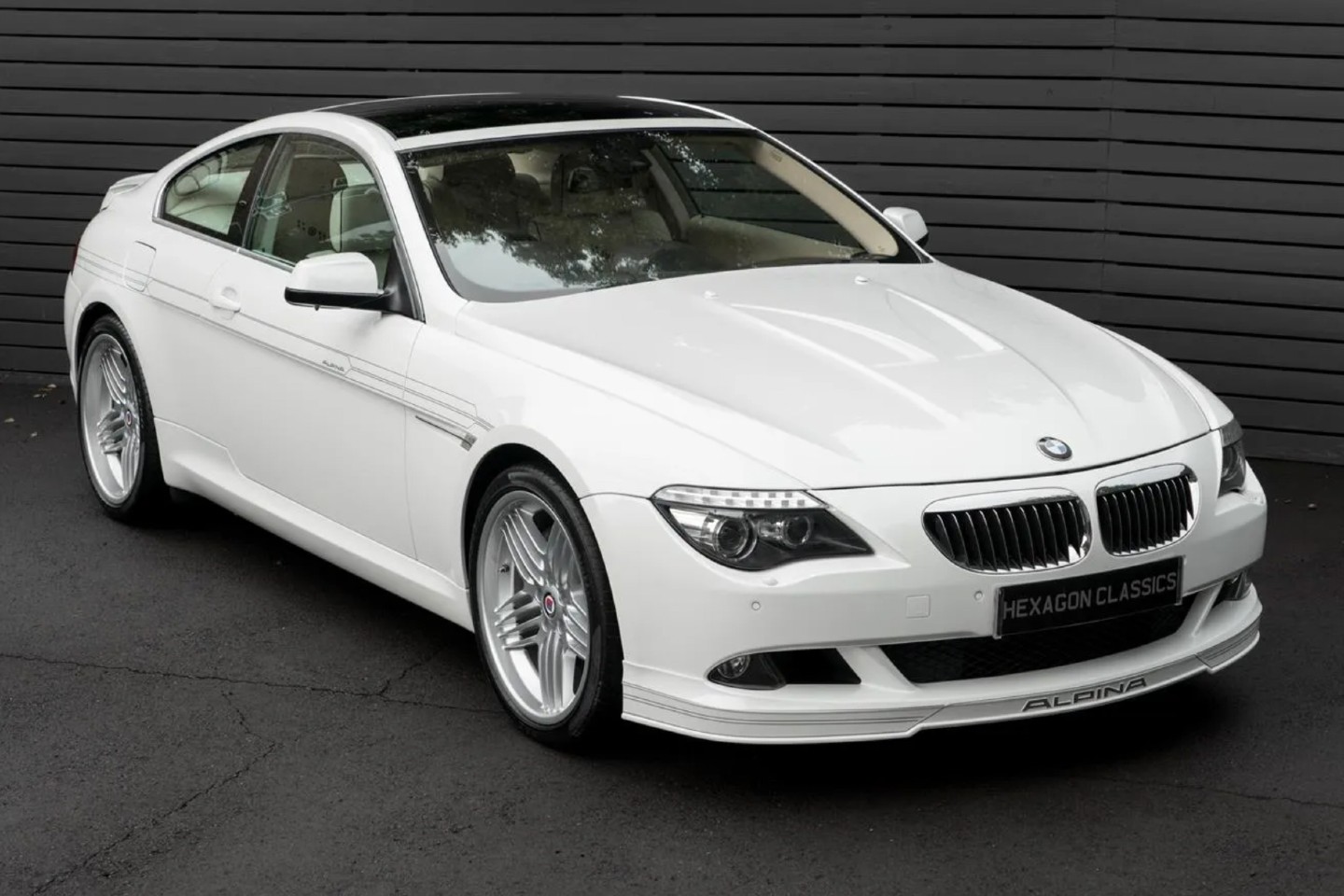 BMW isn’t shy when it comes to reinventing its design philosophy. We’ve seen this with the new M3 and M4, and more recently the polarising XM – but turn the clock back 30 years and a similarly drastic styling revolution was in the making. Promoted to BMW’s head of design in the late 90s, Chris Bangle set about ditching the razor-sharp looks that had defined the company’s cars for generations and replaced it the kind of idiosyncratic lines that were destined to split BMW fans right down the middle.

The most striking of the lot was arguably the 6 Series, where the rear lights slope downwards while the boot lid flicks upwards. Despite its crazy looks, the Bangle-era 6 Series has become something of a forgotten gem in BMW’s back catalogue. Probably because, even though the M6 version was powered by a V10, the M5 carried a more resale-friendly name and worked better as a daily driver. The M5 sold in the thousands; the M6 in the hundreds. It’s a rare sight on the roads, certainly, but if exclusivity is what you’re after then we’ve got you covered.

Behold, a very rare and very white Alpina B6S. How rare, you ask? Alpina only produced around 210 examples of the E63 generation, only six of which were for right-hand-drive markets. This is one of them. It might just be the most complete version of the 6 Series you’ll find, too, mixing luxuries such as soft close doors and a head-up display – futuristic for 2010 – with the blistering performance that’d leave the regular M6 in its dust. No, really. 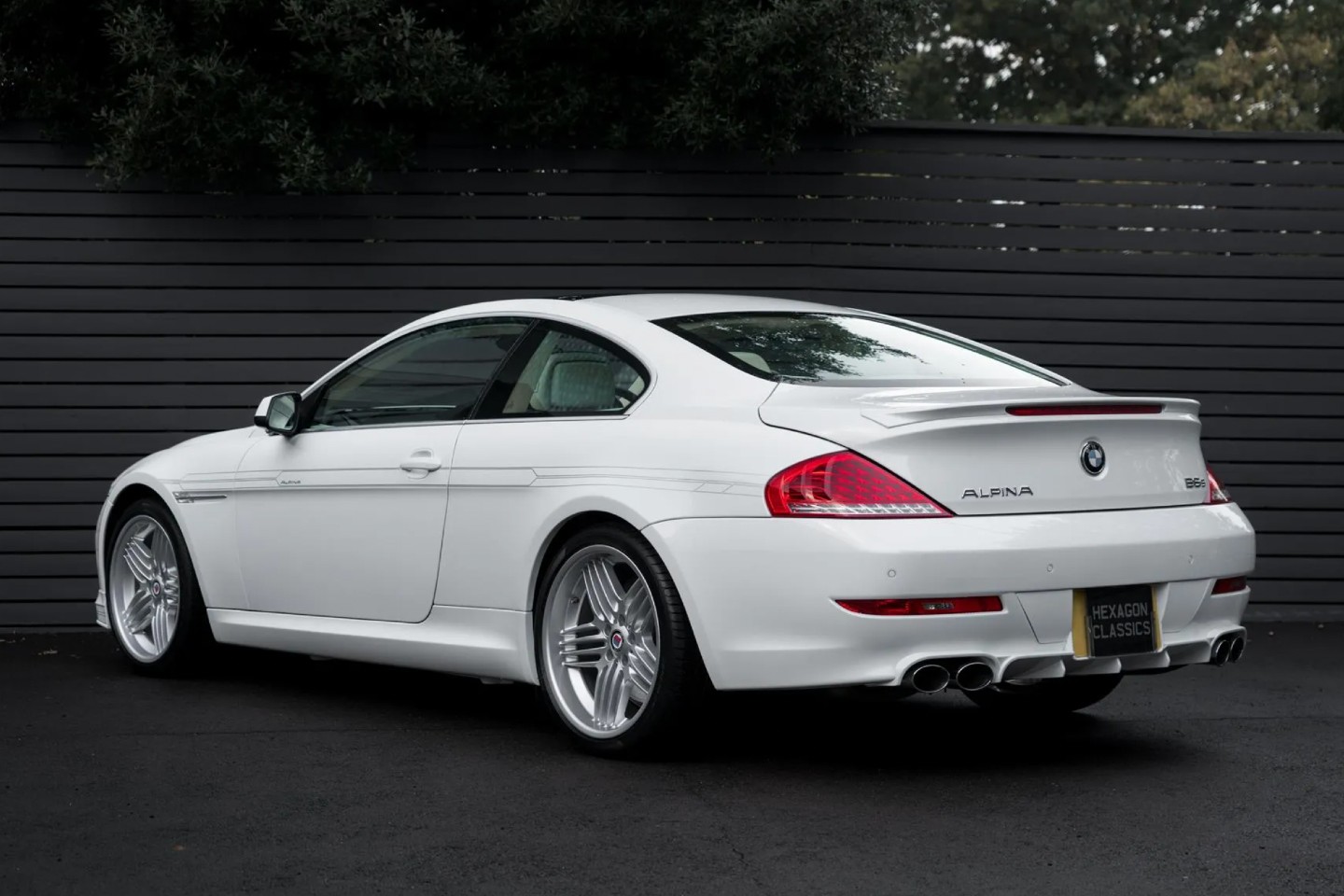 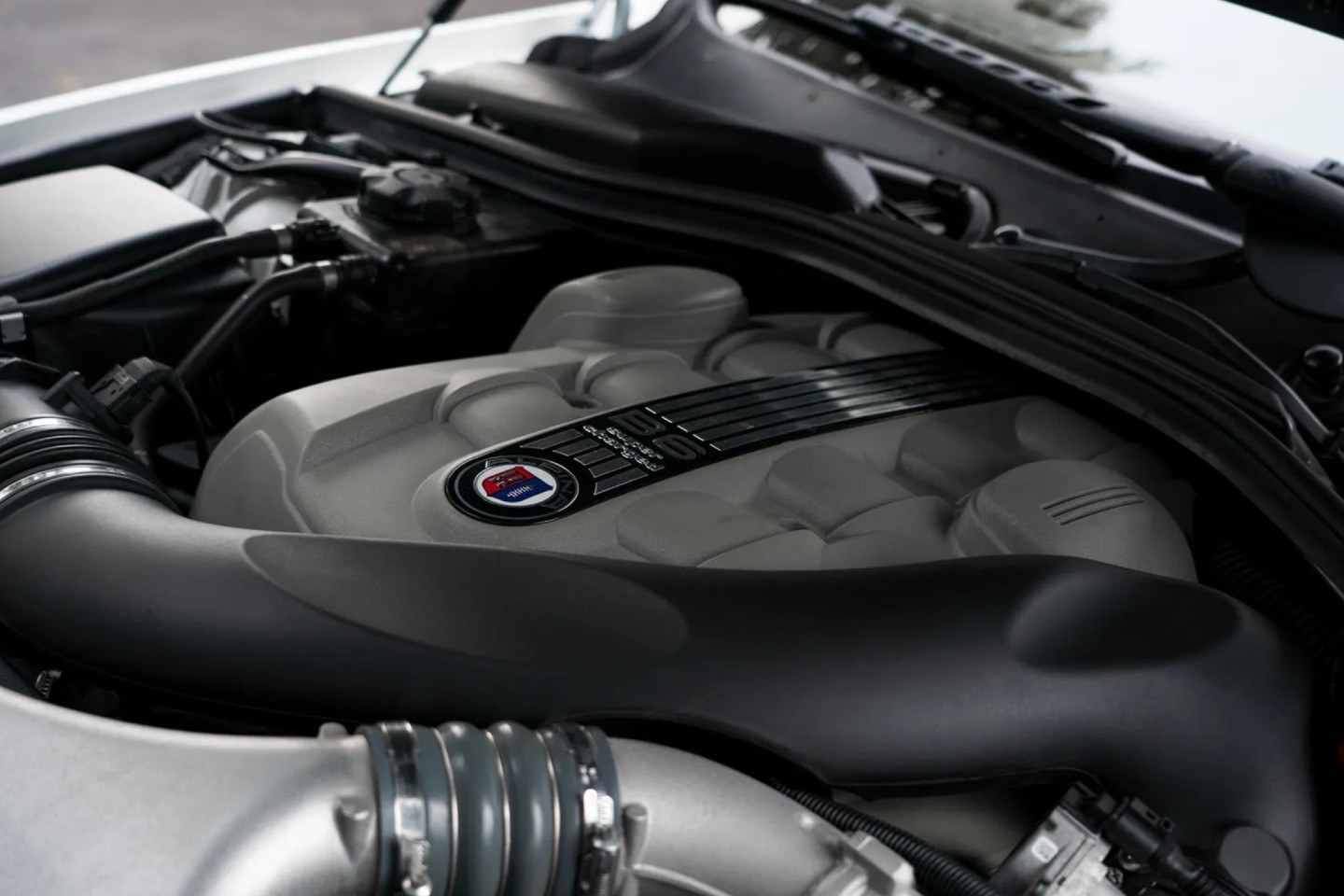 While the M6 made use of the M5’s sensational-if-temperamental S85 V10, the regular B6 utilised a reworked version of the 4.4-litre V8 found in the 650i – only with a supercharger to give it a bit more grunt. For the B6S, Alpina upgraded the intake, variable valve timing and exhaust, and chucked in a new compressor for the supercharger. Power was ramped up to 530hp, some 30hp more than the standard B6 and the racier M5, while the top speed was raised from 193mph to 198mph. Utterly pointless here in the UK, but little upgrades like these count in Alpina’s homeland.

Naturally, the beefier supercharger required a bit more cooling, so every B6S comes with a pair of air intakes moulded into the composite bonnet. Small modifications were made to the already subtle styling, too, including a redesign of the lower front bumper. Funnily enough, Alpina actually produced a GT3 racing version of the B6S rather than the smaller, lighter B3 that would later receive its own track-inspired variant. So if you’re a fan of Alpina’s brief-yet-brilliant return to competitive motorsport, then at least there’s a (loose) connection to the firm’s racing heritage in the B6S.

It’s not even like the B6S is stripped out, either, featuring the same leather-clad interior as most other Alpinas. Truly then the ultimate version of a somewhat niche car in Alpina and BMW’s history, which is of course reflected in the price tag. It’s up for £47,995, a sizeable chunk more than an M6, but Alpina’s defy depreciation and values remain strong long after they surpass 100,000 miles. This one has only accumulated 43k – barely run in, then – and has recently undergone a full inspection so it’s road ready. Sounds like the perfect recipe for kicking things off with a trip to Germany to test out that top-speed claim, doesn’t it?