The Fiat X/19, and the Bertone X1/9 that followed, was one of the biggest little sports cars of the 1970s. It had cutting edge styling by Marcello Gandini, the man who designed the Lamborghini Countach, and an engine designed by the famed father of the Ferrari “Lampredi” V12, Aurelio Lampredi.

The razor-sharp styling of the X1/9 combined with its mid-engined layout, excellent handling and affordable price tag made it an icon almost immediately upon its release. The car remains an enduring favorite today among Italian classic buffs, and it remains surprisingly affordable in most countries.

The design of the Fiat X1/9 was based, at least in part, on the earlier 1969 Autobianchi A112 Runabout concept car which had been designed by Marcello Gandini at Bertone. The distinctive wedge-shaped styling, unusual front end, bobtail rear, and a number of other features from the A112 were successfully integrated into the X1/9. 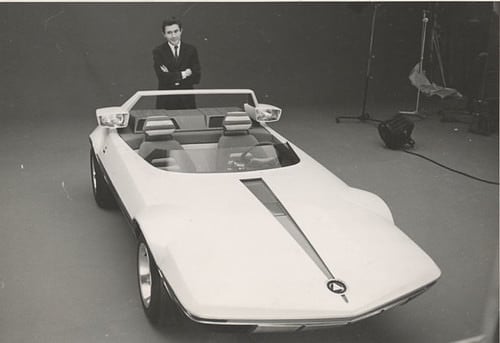 This is the 1969 Autobianchi A112 Runabout with Marcello Gandini looking on.

Gandini is widely considered to be one of the greatest car designers of the 20th century, if not the greatest outright, with it often coming down to either him or his greatest peer and fellow Italian Giorgetto Giugiaro.

The list of cars styled by Gandini is far too long to list here, but aside from the X1/9 he also penned the Lamborghini Miura, Lancia Stratos, Iso Grifo, Dino/Ferrari 308 GT4, Cizeta-Moroder V16T, Alfa Romeo Montreal, and the Lamborghini Countach.

With the design of the X1/9 Gandini and the team at Bertone wanted to being mid-engined motoring to the masses. They developed a small, lightweight car with a steel unibody chassis, a four-cylinder engine behind the driver and passenger, a targa-type removable roof, and independent suspension front and rear.

The engine used for the X1/9 was the 1.3 liter unit with a single overhead cam and two valves per cylinder that had been designed for Fiat by the above mentioned Aurelio Lampredi. Lampredi designed the second Ferrari “Lampredi” V12 in 1950, an engine that went on to power road, race, and Formula 1 cars.

The Fiat X1/9 was meant to be introduced at the 1972 Turin Motor Show however its debut was delayed. There were fears at Fiat that its avant garde design would draw too much attention away from the new Fiat 126 that was also set to debut at Turin. 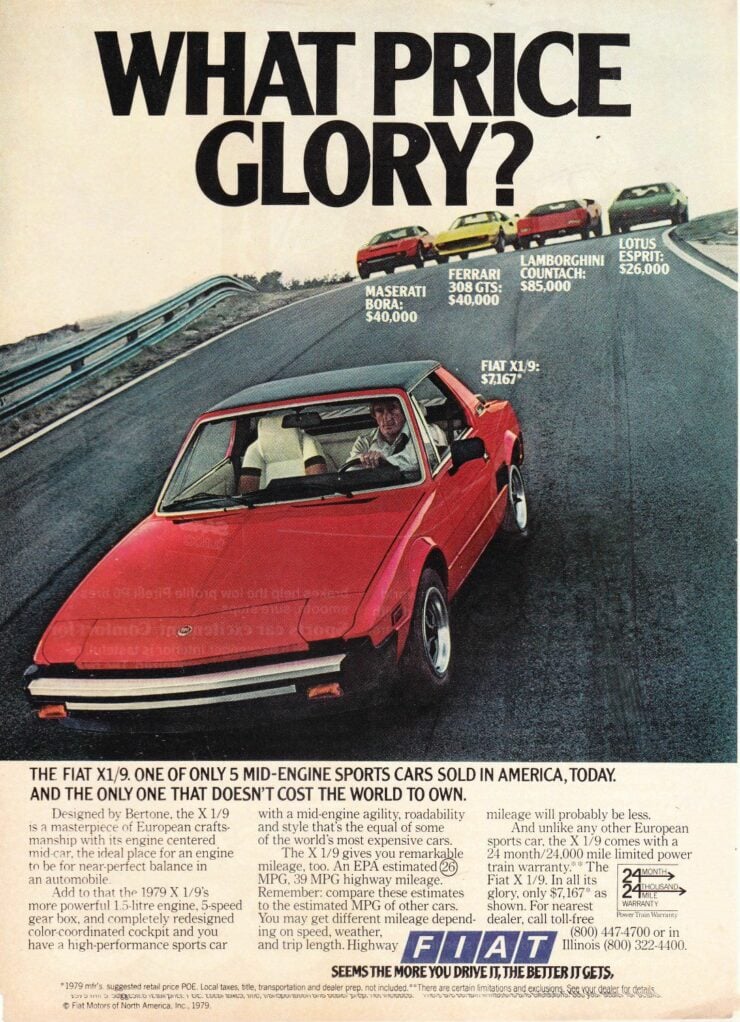 Period advertising for the Fiat X1/9 made a point of comparing the car with its considerably more expensive mid-engined rivals.

The X1/9 would make its first public appearances after the motor show and its reception was electric, images of this wild new Gandini wedge would appear in newspapers and motoring magazines around the world alongside breathless commentary about the “affordable” mid-engined Italian.

Initially the car would be powered by a 1.3 liter Fiat inline-four mated to a 4-speed manual transmission, this would be upgraded to a 1.5 liter version of the engine in 1978 along with a 5-speed gearbox. A slew of other improvements were made over the production run to continually improve the lightweight little Fiat – including better rust proofing and a front body section made of aluminum.

Bertone would produce the steel unibody shells at their own facility before sending them to Fiat for finishing and fitout. This system would remain in place from 1972 until 1982 when Bertone took over production, renaming the car the Bertone X1/9 in the process.

The Bertone X1/9 first appeared in 1982 when Fiat decided to end the model’s run after a decade of production. It’s perhaps a testament to Gandini’s original design that it hadn’t aged poorly like so many other cars of the 1970s, and remained viable right to the end of the 1980s. 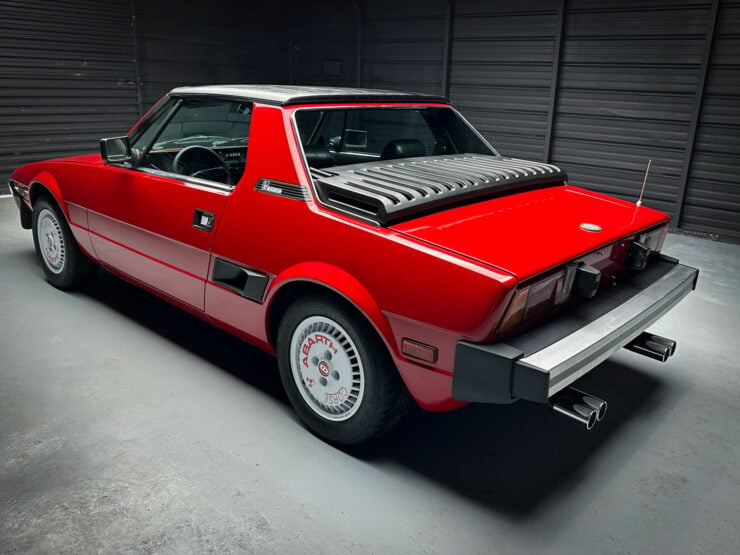 The Bertone version of the car was the one that had been updated in 1978, with the larger more powerful engine and the 5-speed transmission. They also added larger footwells to accommodate taller drivers – an issue that had been a major gripe with the earlier Fiat car.

The final series of cars for 1988/1989 were called the Gran Finale, they can be quickly identified by their subtle rear spoilers and “Gran Finale” badges, collectors tend to like them as they’re the most refined of all the X1/9s.

The car you see here is a Bertone X1/9 from 1986, this of course means that it has the more powerful 1.5 liter engine and the highway friendly 5-speed box.

This X1/9 looks to have been well looked after, it had a respray two years ago in its original color and it comes with two targa tops – one in black vinyl and one in body color red. It has a number of luxury features like air conditioning and power windows, and it’s been fitted with a quad-tipped Ansa muffler, a Momo Tuner 320mm steering wheel, a Sony stereo, and 13″ OZ Racing alloy wheels.

If you’d like to read more about this car or register to bid you can visit the listing here on Marqued. It’s being sold out of Eldersburg, Maryland. 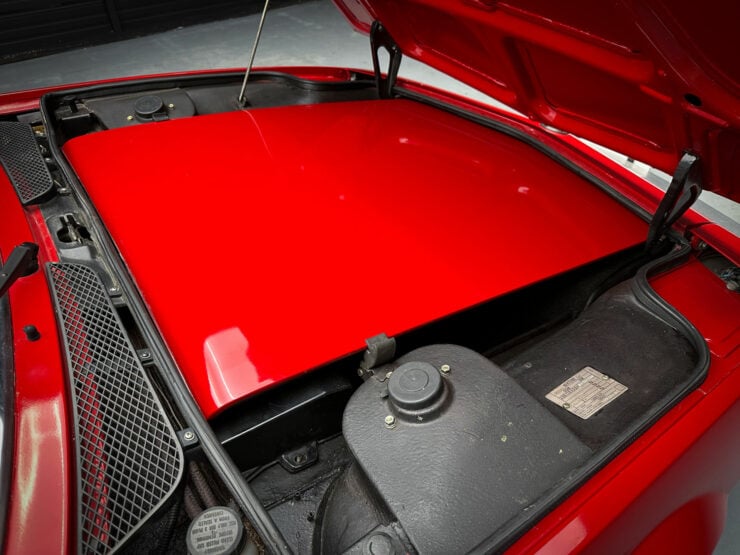 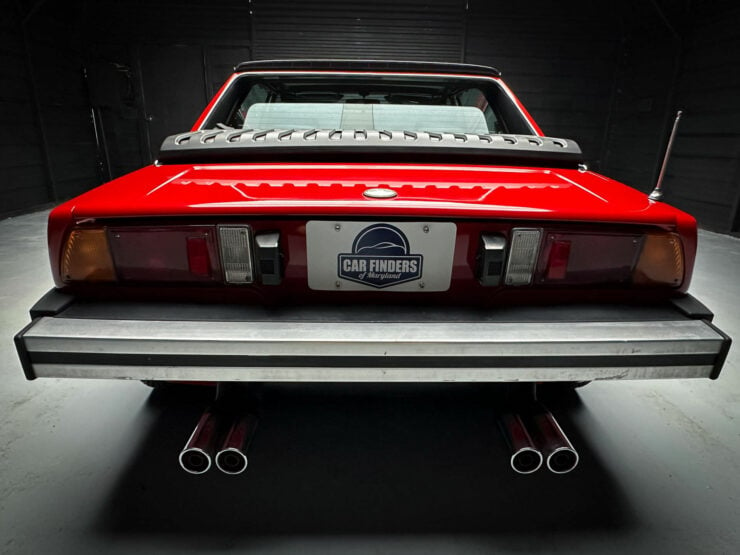 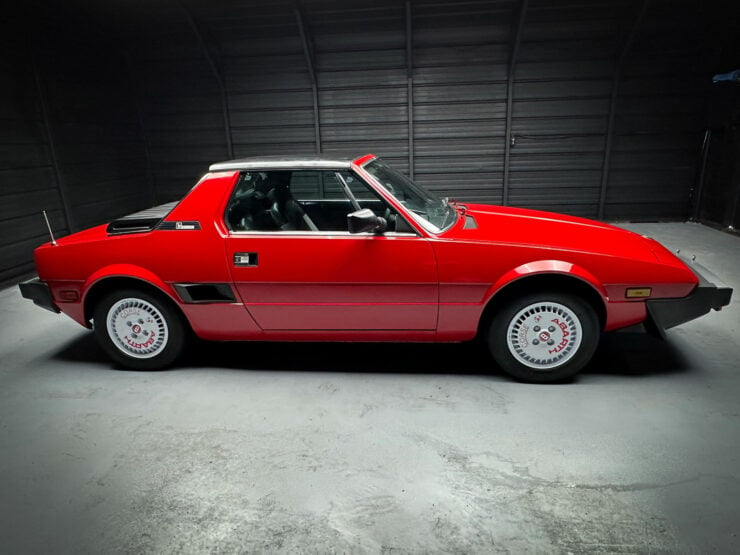 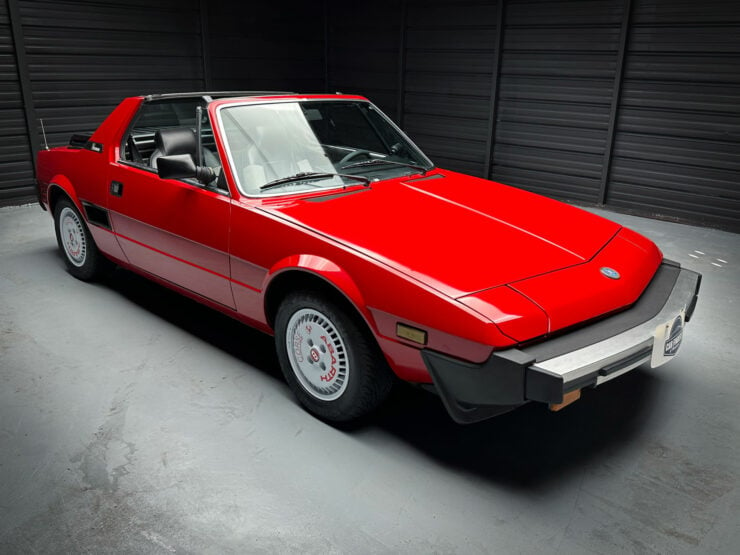 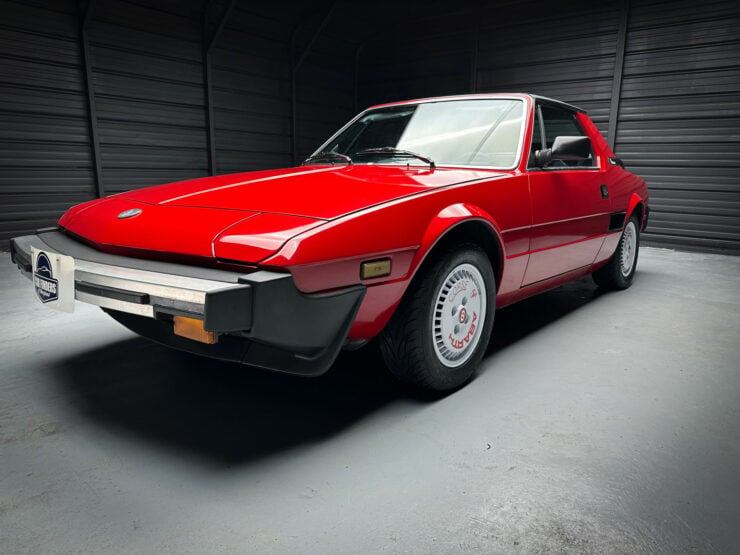 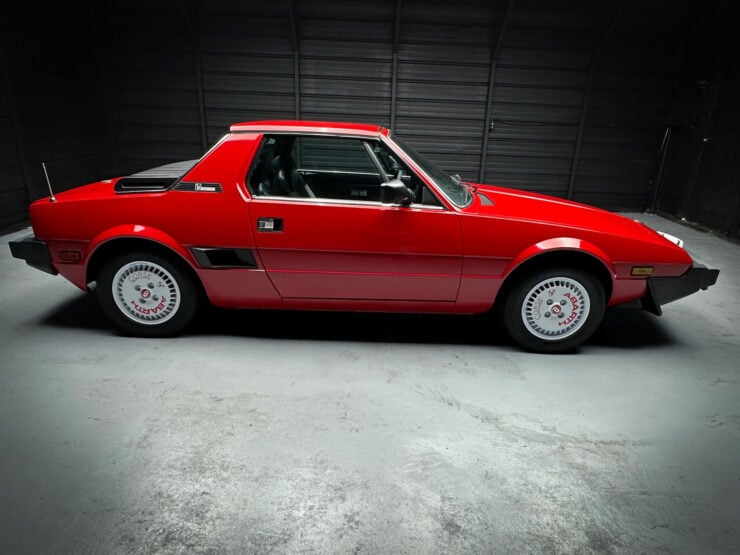 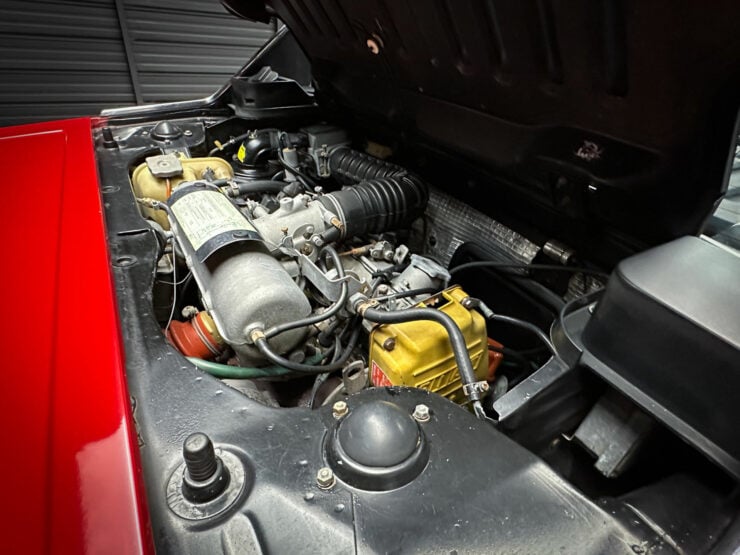 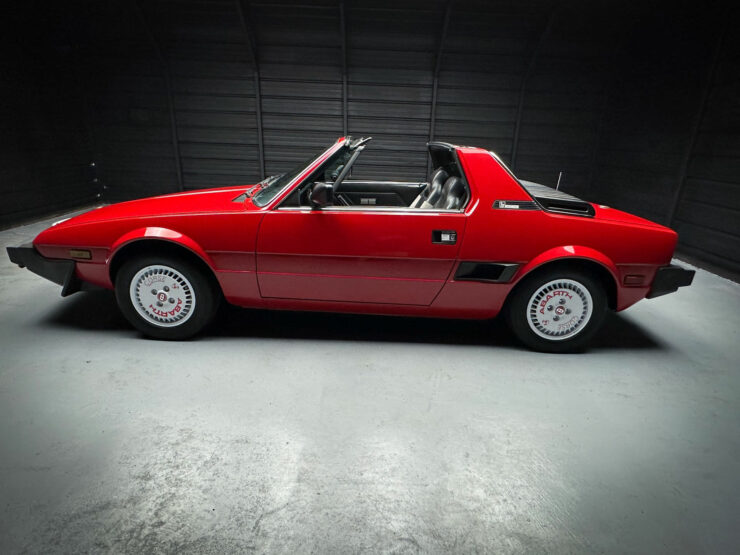 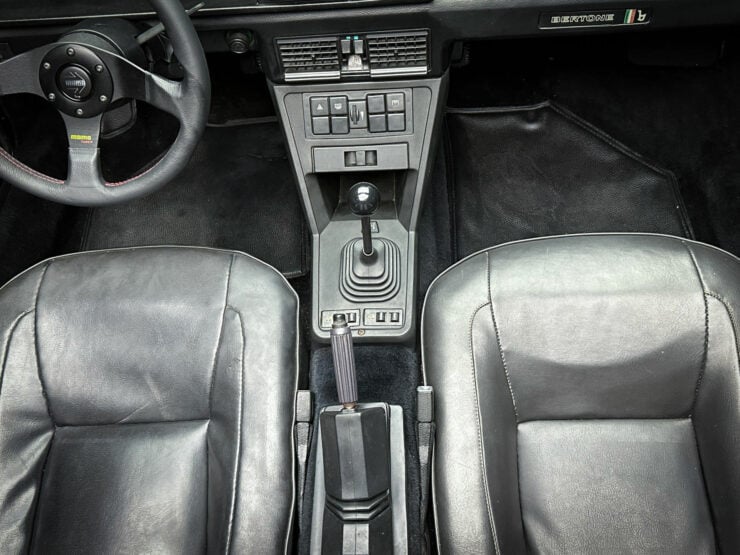 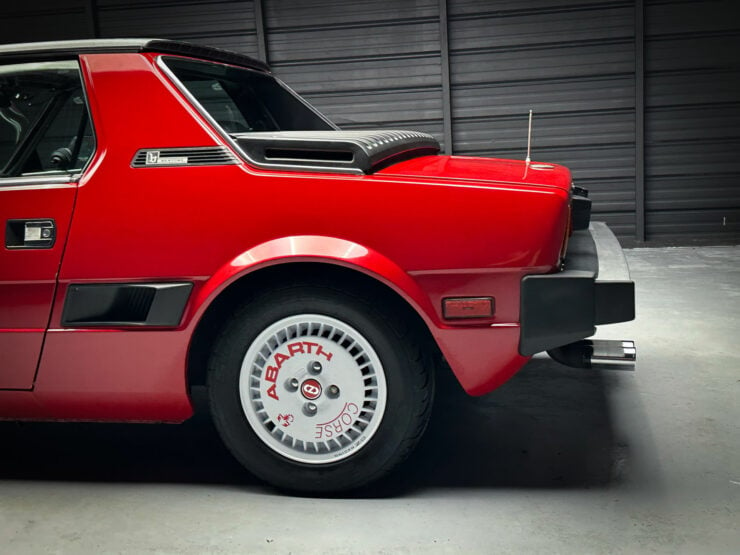 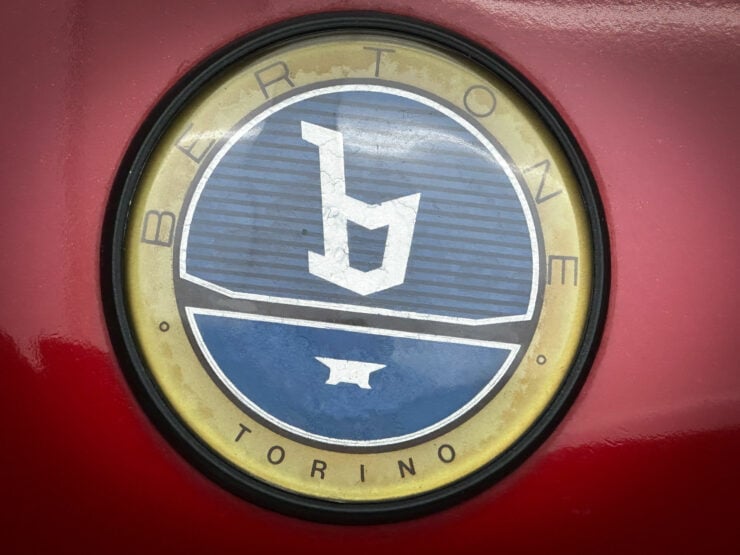 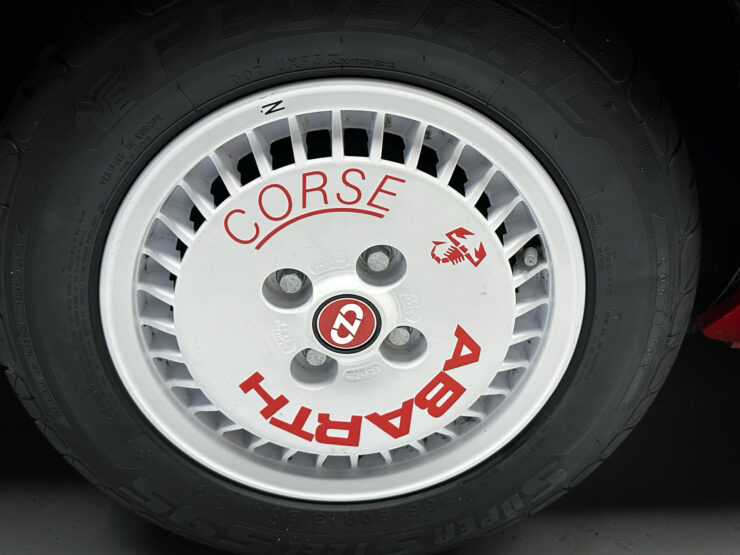 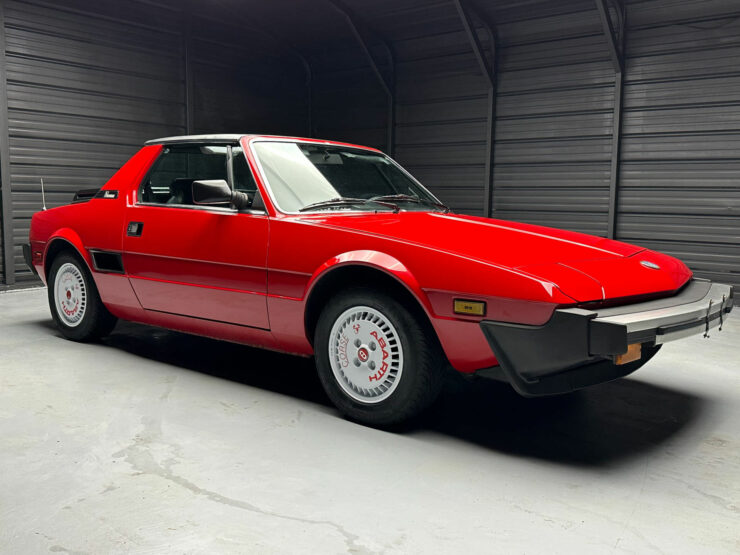 Silodrome was founded by Ben back in 2010, in the years since the site has grown to become a world leader in the alternative and vintage motoring sector, with well over a million monthly readers from around the world and many hundreds of thousands of followers on social media.