Auto-repair shops on P.E.I. busier than usual this summer 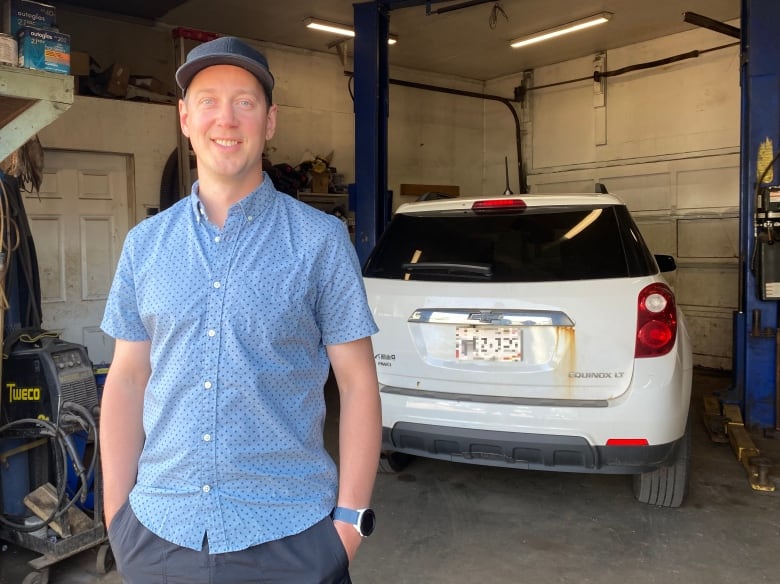 Mechanics say more people need to repair vehicles in order to pass inspection, because they can’t replace them as easily due to the sting of inflation and a lack of cars for sale.

Like the rest of the country, Prince Edward Island has been dealing with a shortage of new cars since last year. That’s been attributed largely to a supply-chain delay for microchips.

Matt Thomson, owner of Midtown Auto Repair & Tire in Charlottetown, said car owners don’t have many options right now: “The lack of new vehicles … and the lack of used vehicles is huge.”

Thomson said that once people have their winter tires changed over in the spring, there’s normally a lull in business.

But this year, business never slowed down on P.E.I.

“We just put our heads down and keep working and do the work that’s here, and if we can accommodate other people, we’ll do that work too. But that’s all we can do at this point.”

Thomson said he’s been trying to keep some appointments open for walk-ins each day, but those fill up very quickly. Right now, his shop is booking at least a week ahead, which is twice as long as he’d like it to be.

We don’t want to see people spend too much money on a vehicle that’s not worth it. We’re very honest when we tell people that it’s time to move on from a vehicle.— Matt Thomson

“There’s just a huge demand and people are dropping [vehicles] off without appointments and leaving it,” he said. “We are not in a lack of stuff to do, that’s for sure.”

He said it’s been hard for some of his customers to afford the necessary work on their vehicles, and he wishes there were options.

“We don’t want to see people spend too much money on a vehicle that’s not worth it. We’re very honest when we tell people that it’s time to move on from a vehicle,” Thomson said.

Other shops just as busy

CBC News called eight other auto repair shops across the province who said they’ve also noticed an increase in business, due in part to repairs on older vehicles. Mechanics at those shops were all too busy to provide an interview.

Joe Sawler, co-owner of JustJoes Automotive, attributes the busyness of his shop to a high demand for repairs and a staff shortage.

“Everything is changing — new cars being harder to buy, people keeping their cars on the roads for longer, and there’s only so many shops around to work,” he said.

As a business owner, he’s glad to see the influx of customers, but knows how tough it is on car owners.

“I’ve been in a few sticky spots recently where a customer has an older vehicle and our service [staff] have said, ‘It’s probably not worth putting money into it at this point,'” Sawler said.

They’ve been on a wait list for quite a long time for a new vehicle, so they don’t really have an option — either put money into a vehicle that’s not worth putting into at this point, or walk to work.— Joe Sawler

“However, they’ve been on a wait list for quite a long time for a new vehicle, so they don’t really have an option — either put money into a vehicle that’s not worth putting into at this point, or walk to work.”

Sawler said they’re trying to get customers in as quickly as possible, and he’s looking to hire more staff to keep up with demand.

Both Sawler and Thomson said the best thing car owners can do right now is to maintain a good relationship with their auto repair shop.

“Just make friends with your mechanic and go there regularly for your oil changes. Most shops are more than happy to keep you on the road,” Sawler said.