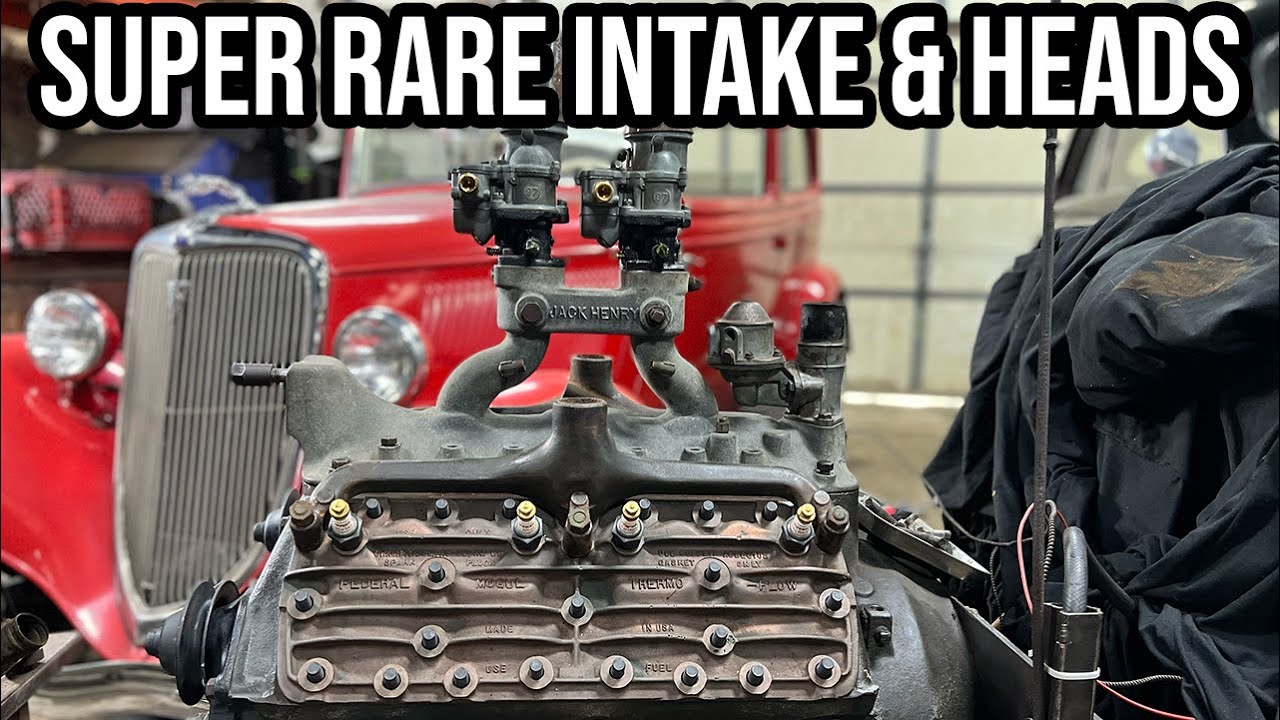 We’ve heard of some rare stuff for Ford’s Flathead V8, but this is something I’ve never heard of before. Bronze heads? I mean I guess there isn’t any reason why it doesn’t work, but it sure seems weird when the normal is cast iron, and performance parts were starting to come out in aluminum. I dig it though and it looks cool as hell. Watch the video below and you’ll see what kind of cool is really going on here as Matt explains the parts, the history, and how he got it.

This summer Matt started working on an engine for the 1932 Ford Roadster, that turned into a lot more then just a re-gasket. The engine will need to be set away to have the bearings for the crank replaced and the whole bottom end gone over for any other issues. Luckily Matt is a hoarder and had another flathead sitting that could be used. Ironically this engine was used as mock up in the car back when the car got worked on. The “new” flathead came from an estate in Wilmington, NC, where the story was told that this engine was used as a cackle engine at local hot rod shows. Matt and Steve first test the engine on the run stand to see if there are any issues, and then install the copper heads and intake. Matt also did a bench line on the time it took the engine to get up to temp versus the copper heads. Can’t wait to hear this engine in the 32 Roadster!!

Will It Run And Drive? This Ford Supervan Has Been Buried In The Trees For 32 Years!