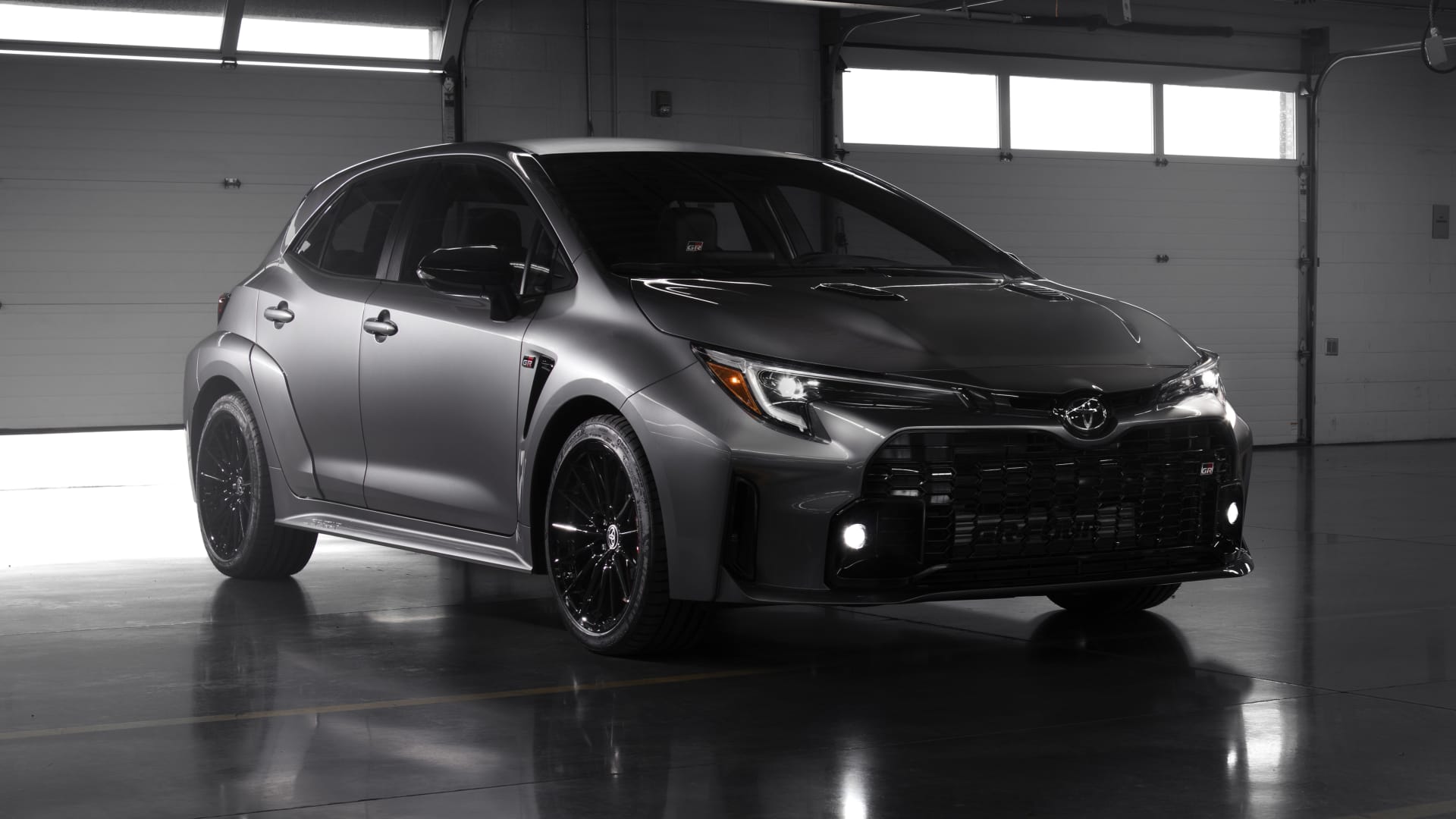 A good question, and you’re in luck – the answer is plenty!

Dear Drive… Where we answer reader, viewer, and listener questions. Something on your mind? Call us on the radio show or email us at [email protected].

What interesting petrol cars are expected in the next year?

Ironically, there’s never been a better time to be shopping for a fun petrol- or diesel-powered car.

Sure, there were cheaper times, but in a weird twist of fate we’re instead going through a petrol-fuelled renaissance, or as some prefer to call it, the last hurrah.

And best of all, it’s not being led by one region – meaning there are plenty of flavours to choose from. Fast ute, fast hot hatch or dedicated sports car? There’s something for everyone.

So to answer your question, we’ve put together five spanking-new or upcoming internal combustion heroes that we can’t wait for.

Chances are one may float your boat…

If the wild idea of a rally-bred daily driver floats your boat, we’re sure you entertained the idea of a 2022 Toyota GR Yaris.

However, in reality it left those with kids – or those just seeking space – feeling high and dry. It’s not just a compact two-door supermini, but one with a heavily tapering roof line that killed the idea of most baby seat installs.

The boot also left thrillseekers and ‘active lifestyle’ types feeling short-changed, too, as what good’s a car that doesn’t fit your mountain bike?

Thankfully, Toyota has since ratified a solution that’s due in Australia very soon – the 2023 Toyota GR Corolla.

It lifts the same ‘GR-Four’ all-wheel-drive system and fiery 220kW/370Nm 1.6-litre turbocharged three-cylinder from the Yaris, but places them into a more user-friendly package.

News editor Joshua Dowling got the chance to pedal one around a racetrack in the States recently, so be sure to read his review here.

To us, its four doors, four seats, and a slightly bigger boot make it one of the most hotly anticipated hatches since the launch of the original Hyundai i30 N.

If you prefer KTMs to MTBs, then the 2023 Ford Ranger Raptor is for you.

Unlike previous iterations that packed a lethargic four-cylinder diesel, this new model features a hearty 3.0-litre twin-turbocharged petrol V6 with a massive 292kW/583Nm.

Benefits of the new motor extend past spec-sheet talk of 0–100km/h times nearly being halved to 5.5 seconds. Drive’s off-road editor Sam Purcell explains such nuances in his review, but the short answer is the 2023 Ford Ranger Raptor finally feels like a cohesive performance vehicle.

Make sure you watch the video and read his review here before ordering one. And if you do, according to Ford’s website, “your vehicle may not arrive until approximately June 2023”.

Despite the horrific wait times, we reckon it’s worth the wait.

The Nissan Z nameplate is one of Japan’s most iconic automotive exports.

Literally nothing has changed since. The 2023 Nissan Z Coupe you can order today is also a two-seat sports car with powerful six-cylinder petrol engine – although now with direct fuel injection, two turbochargers and 298kW/475Nm to play with.

Interestingly, the 2023 Nissan Z channels its front-end styling cues from the original first-generation model, and underneath the retro design is pretty much the same chassis as the outgoing 2009 Nissan 370Z.

So not only does it look old, but it sort of is too. Best of all is the option of a six-speed manual, making it ideal for the purist.

Although a handful of limited-edition 2023 Nissan Z Proto models are currently in customers’ hands, future orders are currently being given no concrete ETA other than “sometime in 2023”.

Unusually, the sixth-generation Ford Mustang continued to sell well in Australia until its recent demise in July 2022.

Even seven years into its life, certain configurations of V8-powered models held long wait times. This goes against historic sales data that shows sports cars generally sell too well in years one, two and three, then begin to linger on car lots in the years after.

Based on that info, we can assume the upcoming seventh-generation 2023 Ford Mustang will be a popular choice. It’s largely a re-skin and improvement on the outgoing car versus an all-new replacement.

The most exciting news, however, is that Australia will receive the high-performance 2023 Ford Mustang Dark Horse. Not only does it look incredible, but Ford USA was quick to confirm its specs: 373kW, the option of a Shelby GT350-spec Tremec six-speed gearbox, and a similar yet extensive cooling package as per the 2022 Ford Mustang Mach 1.

The 2023 Cupra Leon is a small hatchback from Spanish brand Cupra.

Cupra is owned by Volkswagen, and has been for quite some time. Originally, Cupra lived within the Seat car brand as its performance nameplate. Think Volkswagen R.

Back in 2018, Seat – with the good graces of Volkswagen Group – decided to make its Cupra nameplate a standalone sports car brand.

Given Australia’s love affair for Volkswagen GTI and R products is clear as day, it’s no surprise that head office has sniffed the opportunity and launched Cupra in Australia.

The 2023 Cupra Leon VZe plug-in hybrid in particular looks to offer something interesting. It’s a performance-tuned plug-in hybrid hatchback with a decent EV-only range that happens to be made from the parts we’re all familiar with.

Have a question about your next set of wheels or just need some car advice? No query is too big, small or obscure! Call in to the radio show (Trent on 2GB Sydney 1:30pm Monday and 9:00pm Wednesday, 5AA South Australia 1:30pm Tuesday, and James on 3AW Melbourne 9:00pm each Thursday), or contact us by email here: [email protected].

The post Dear Drive… Enough about electric cars, tell me what interesting petrol cars are coming! appeared first on Drive.