I finally got to see the G87 in person, unfortunately it was not possible to take pictures as it was a “private event” (?!) in a secret room, they unveiled the car in front of me as if it was a world premiere or my own personal delivery, but I feel sorry for them that the car is already clearly visible pretty much everywhere…

Anyway, the car was in Zandvoort Blue, black wheels, red calipers, carbon seats, and manual transmission, for what it’s worth since it was not possible to drive it, of course.

I’m not going to waste much time with the color, I find it really hideous, in my opinion the worst launch color ever for an M car.

Coming back to the car, it is not something I would call elegant or subtle (is an M car supposed to be like that by any chance…?), it is bulky, muscular, mean. As an M car should be, I guess, angry but not vulgar like a Civic Type-R, for example (nothing against the Civic, just to make the point). Unless you go for M performance parts, of course!

I liked it a lot, the photos don’t do it justice at all and don’t capture some amazing and original features, it reminded me of the rabid character of my old 1M (although they are very different in terms of styling, the enlarged rear wheel fenders that you can see from the side mirrors or the front ones from the driver’s seat are the same, gorgeous!) and it makes the M2 F87 – which I loved! – gentle and “soft-core,” if you know what I mean. But most of all, rather dated.

The squarish lines are much less annoying than in the photos, I find the design (despite the ugly color) is overall well done and not at all Lego-style.

I can’t tell if it looks much bigger than the F87, I should see both side by side, but after a few minutes of observation I got a clear picture of its appearance and the M4 in the next room looked definitely bigger (especially in terms of length, the difference is very noticeable), and more elegant and “smooth.”

In my eyes they are both beautiful, but definitely very different.

The size of the M2 is more suited to me, whereas the M4 has a more premium and luxurious stance, more sophisticated and refined in some ways.

Good job by BMW for differentiating them so clearly.

Unfortunately, the limited range of colors makes the decision difficult; I would basically choose the least worst color and not the best, since there is no best and none of the colors offered is a great option for my taste. I’d probably go for BG.

The guy told me that the possibility of having individual paint offerings in the future is not ruled out, but it is not something we can know now, so at the moment we can only rely on what we already know.

I’m still not a fan of the ID8, the display itself is great, but I don’t find it well integrated into the dashboard, it looks like it was taken from another car and fitted later. Anyway, jumping on the M4 with the ID7 I had the same feeling I have going from the iPhone 14 to the iPhone 8.

What really caught my attention – but this might probably be just an optical effect – is the fact that the engine seems mounted further back than in the F87. Don’t take this as a statement because I don’t have any technical data on this, it could just be an illusion due to the different arrangement of things under the hood.

Now some bonus photos of cars you don’t see every day. 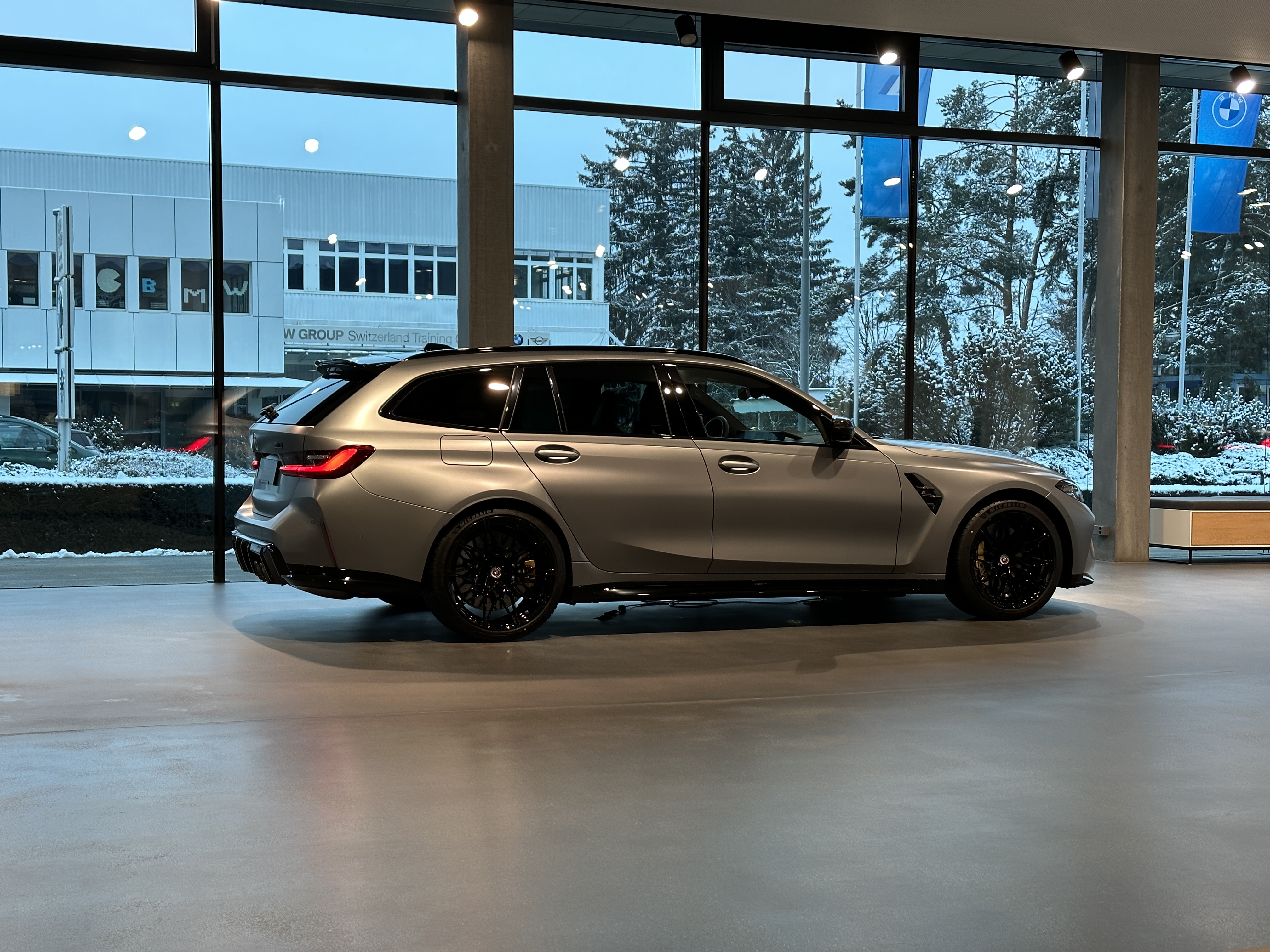 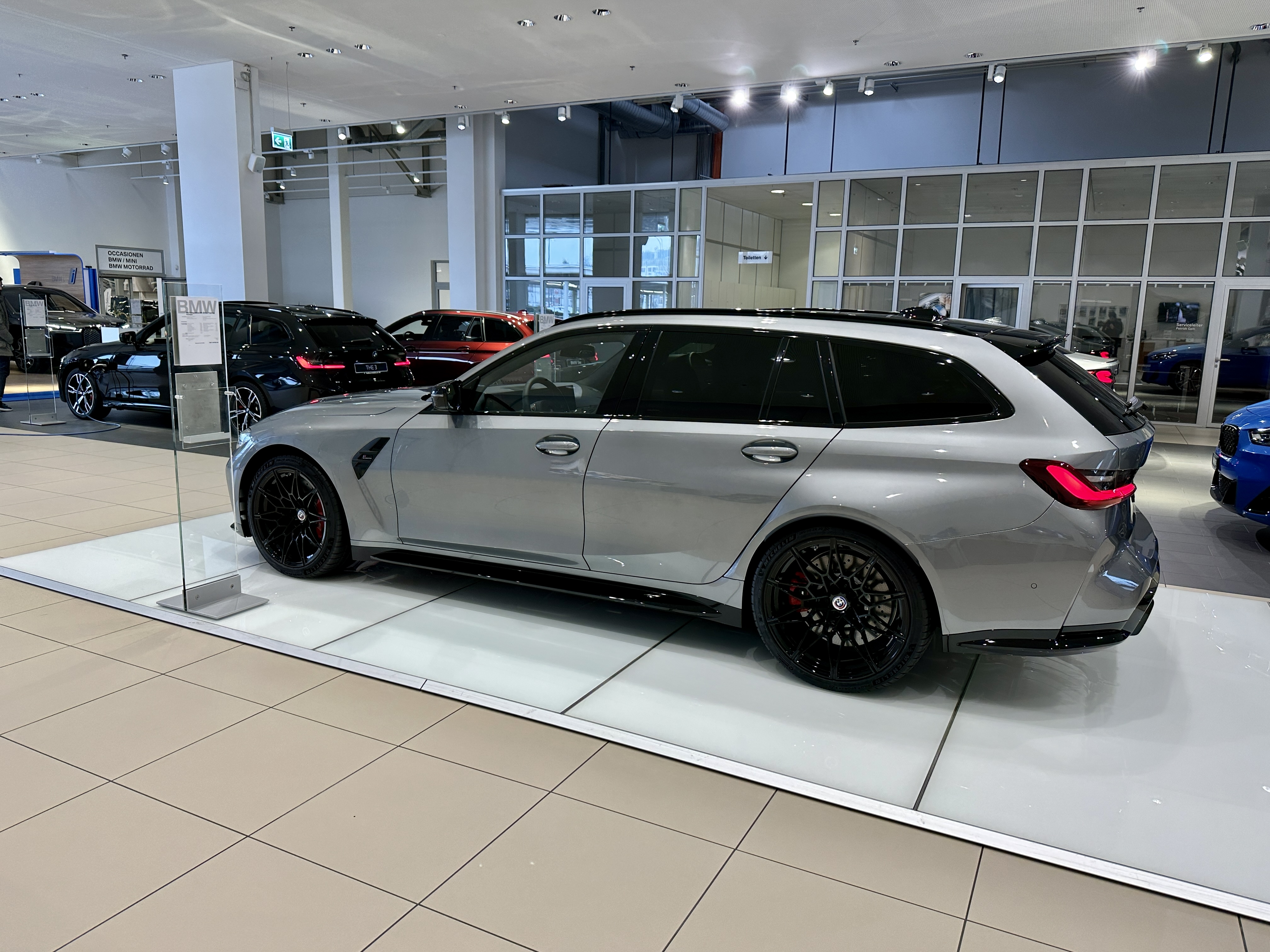 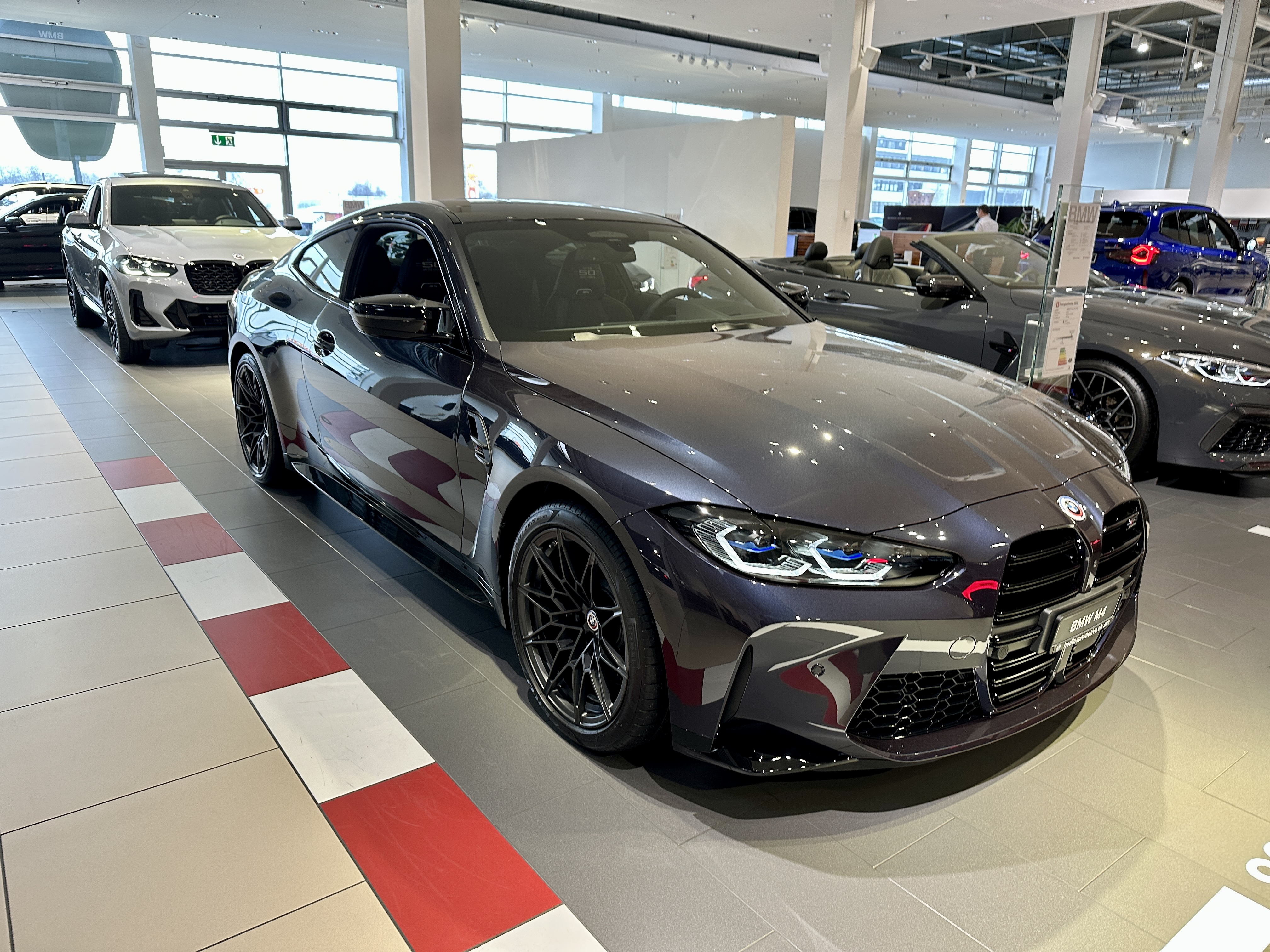 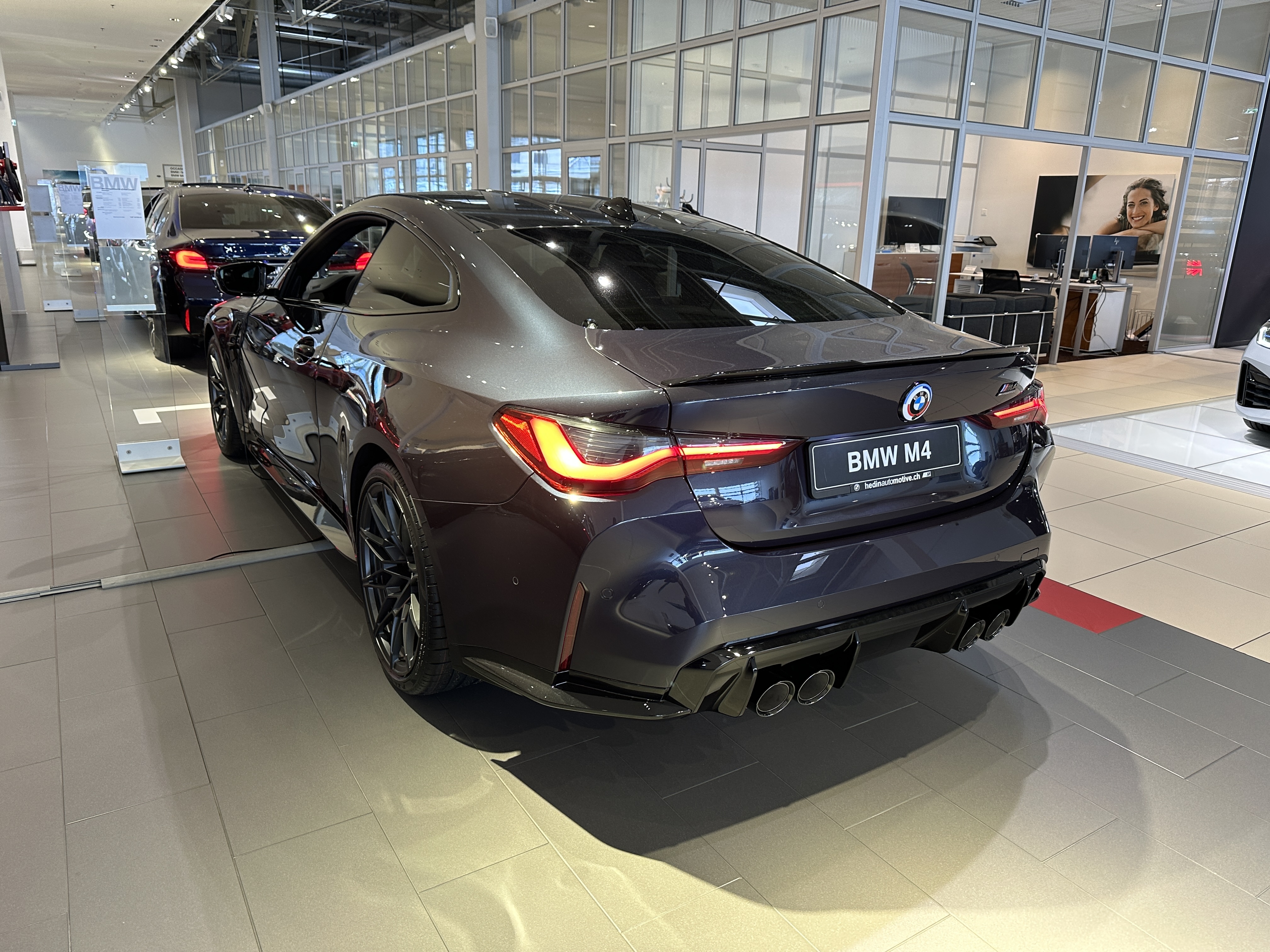 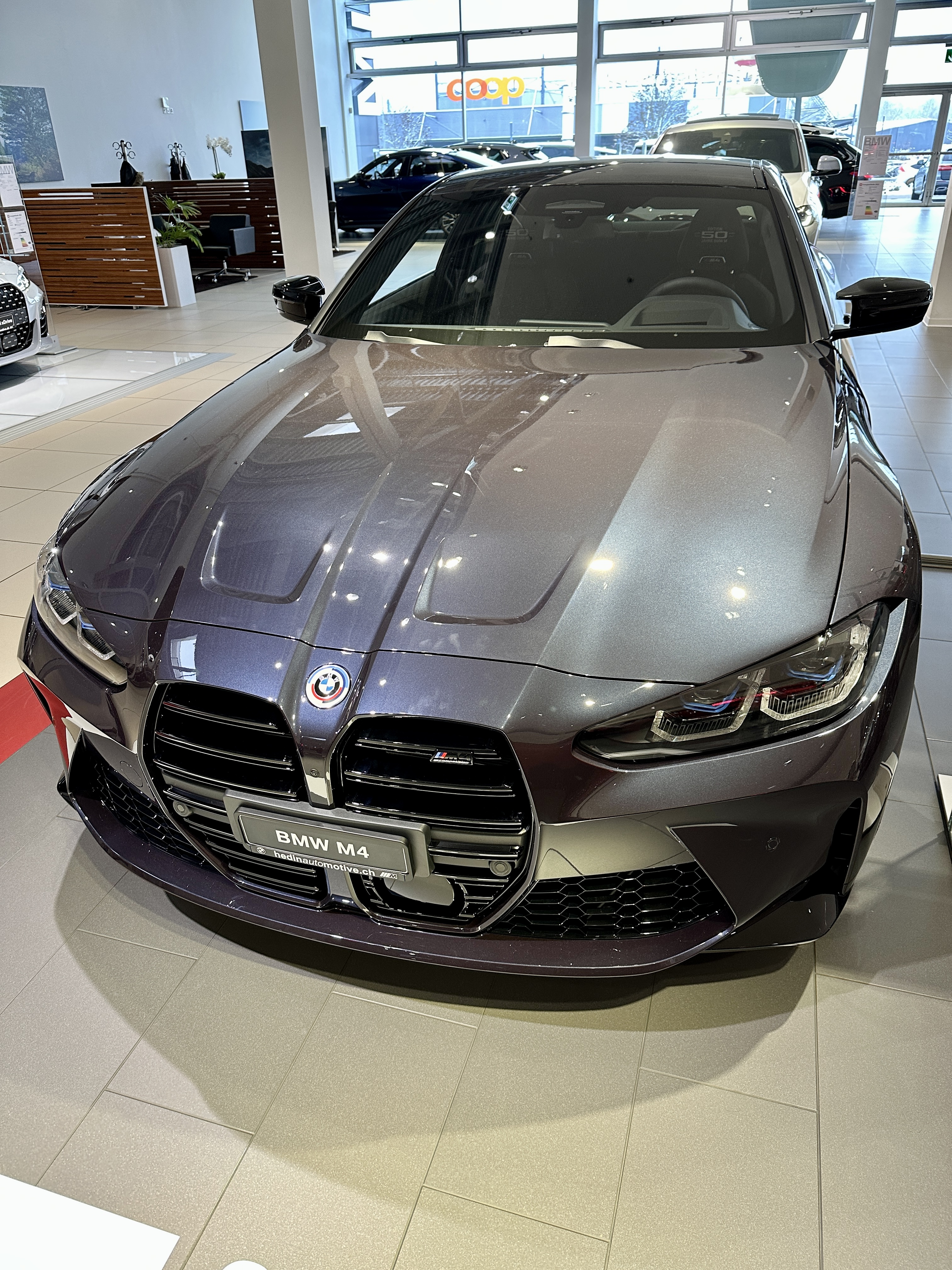 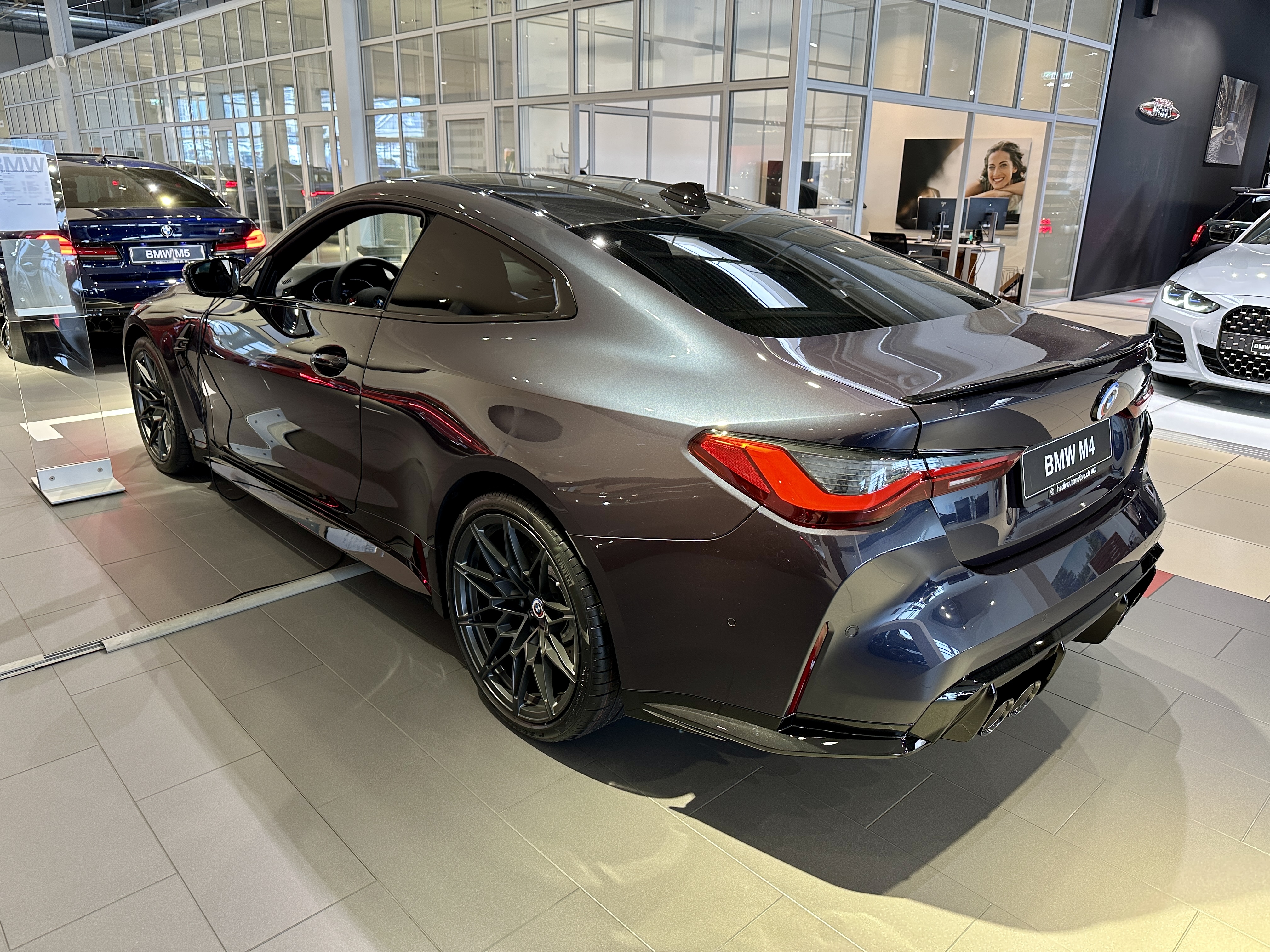 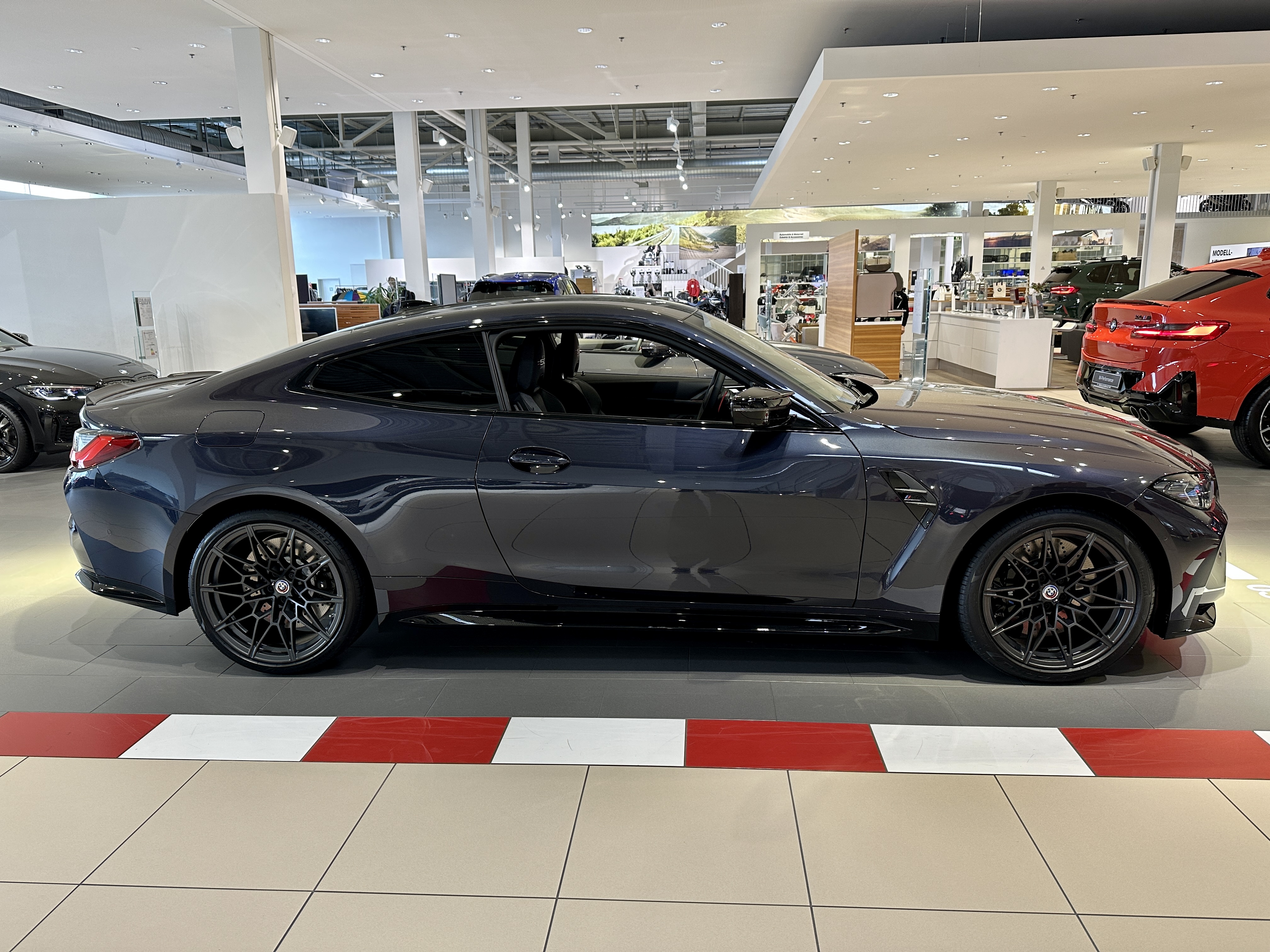 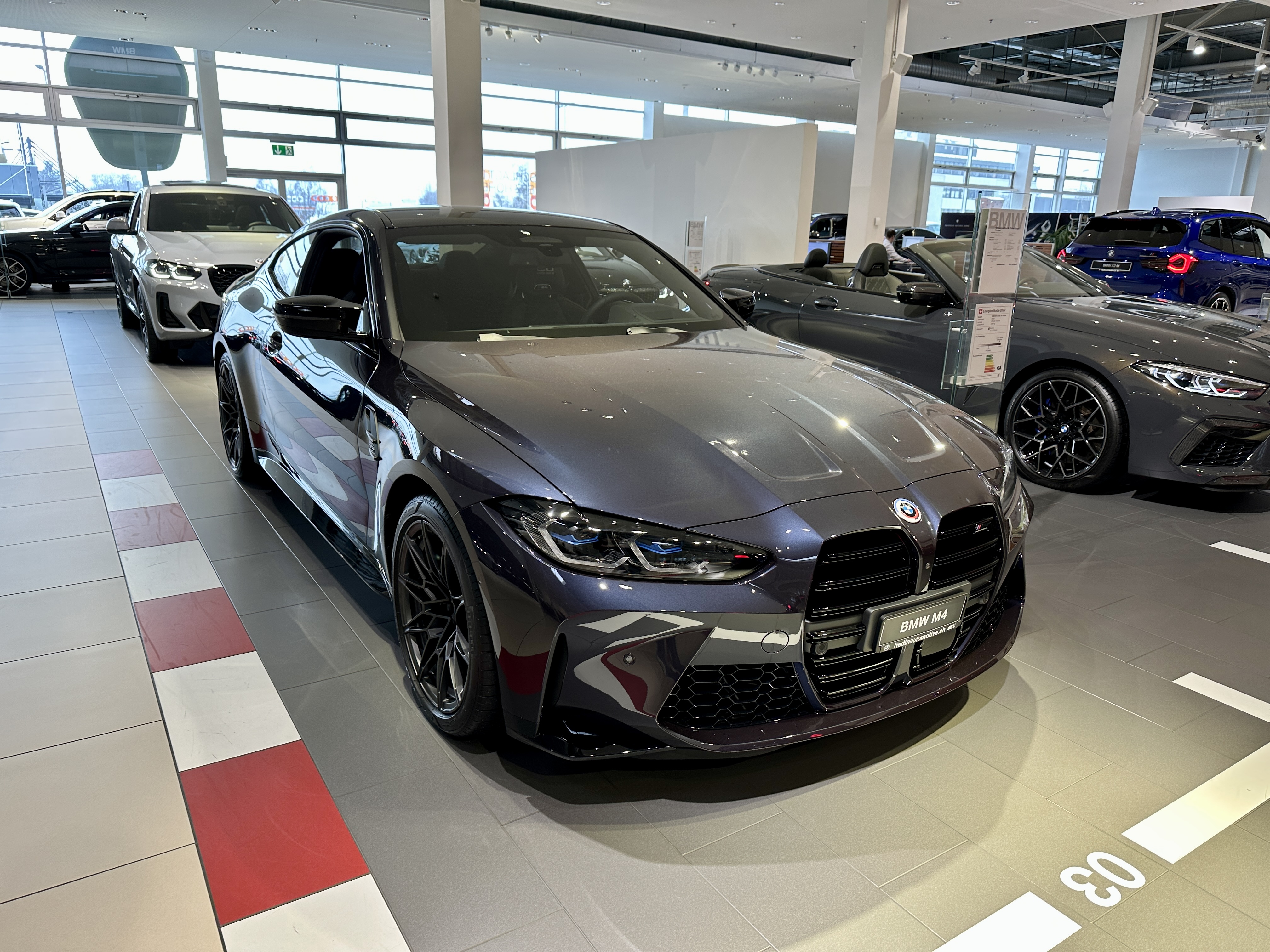 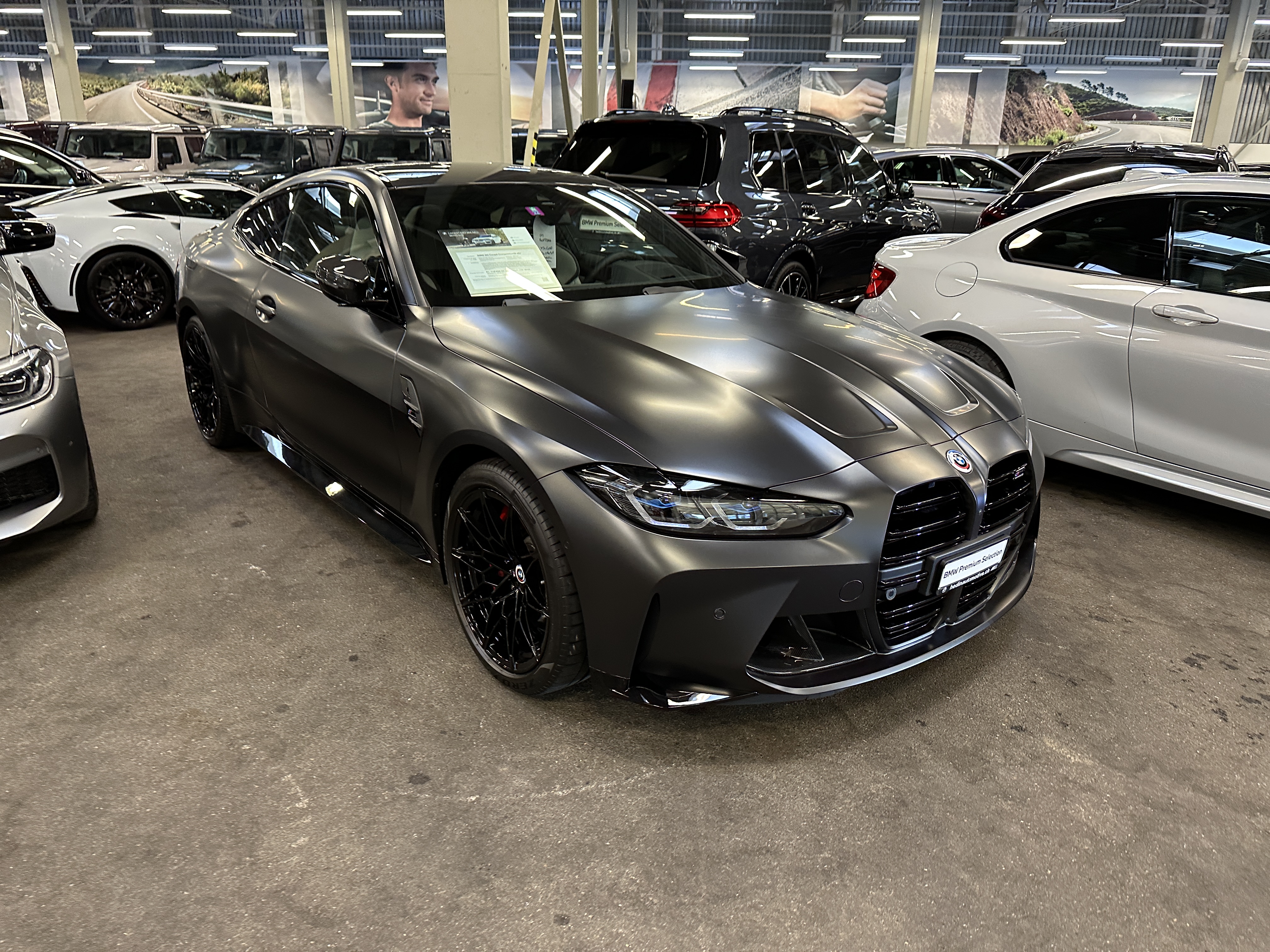 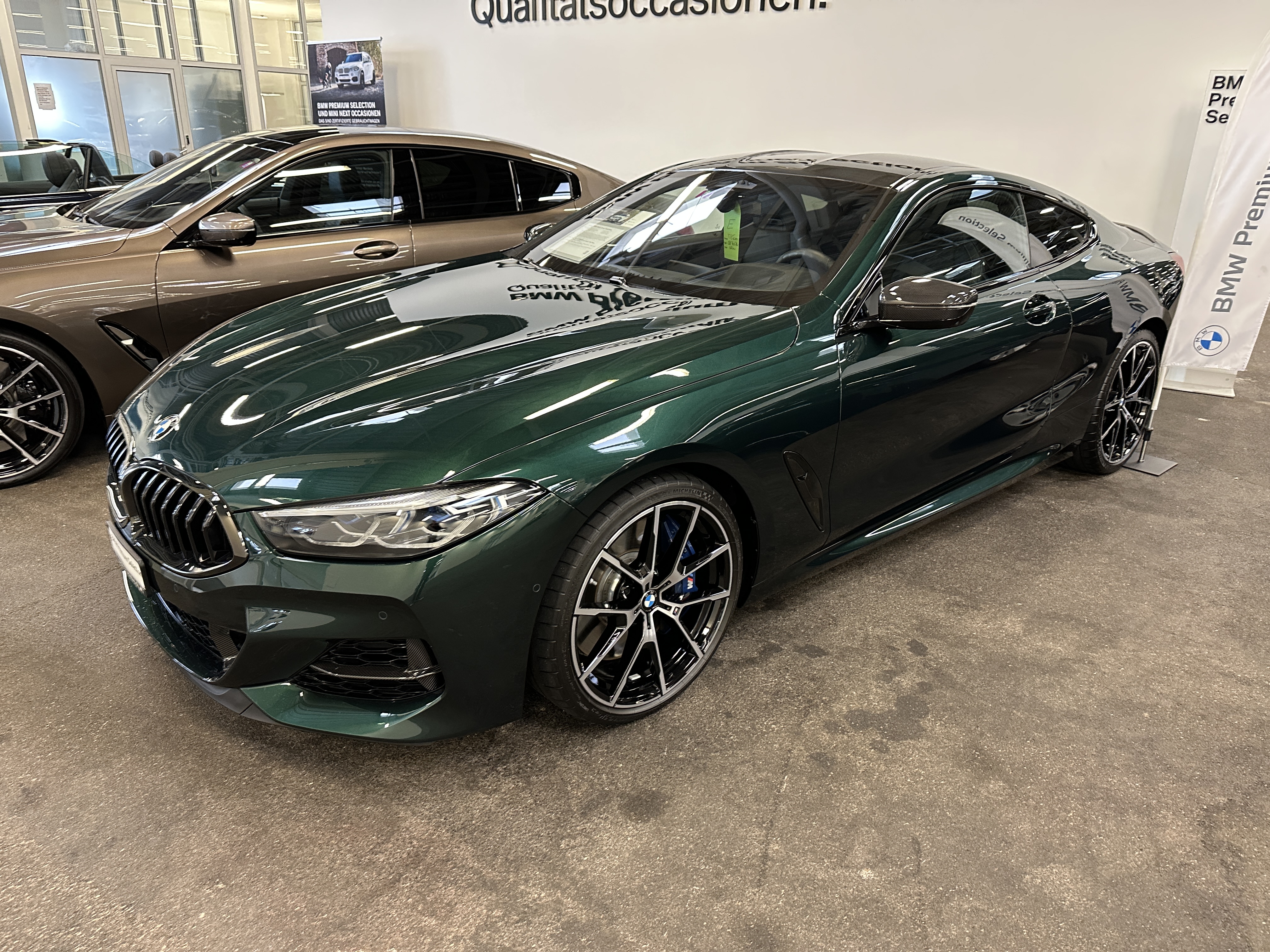