It’s premature to give verdicts as the Mercedes EQE SUV has just launched and will be available in spring 2023 while the BMW iX is already on the market since one year and we’ve driven it in all its versions. However, let’s try a first static comparison.

BMW doesn’t mention on which platform it built the new iX but says that the platform and bodywork do not take any elements from another BMW. CFRP elements for the roof frame, side panels, rear window frame and wheel arches are grafted onto an aluminium space frame construction forming a so-called carbon cage. But still, the figures show that BMW is pretty heavy. In reality, the situation is as follows: BMW used the weight gain to provide a larger battery. 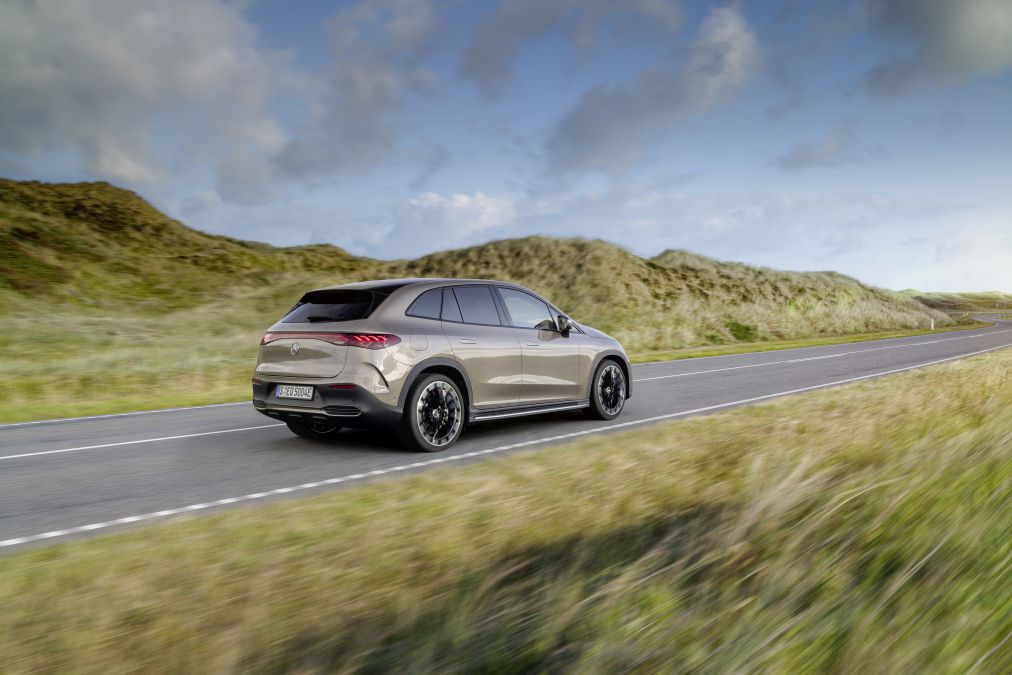 Conclusion: the BMW has a 14.6 kWh larger battery but weighs 15 kg less. This means that if BMW had the smaller battery of the AMG EQE 43 it would be about 150 kg lighter. So, BMW has a weight advantage due to the use of CFRP elements. How does this translate into range? The BMW iX xDrive 50 has a range of 629 km and a consumption of 19.9 kWh/100 km while the Mercedes has a range of only 488 km and a higher consumption of 22 kWh/100 km. 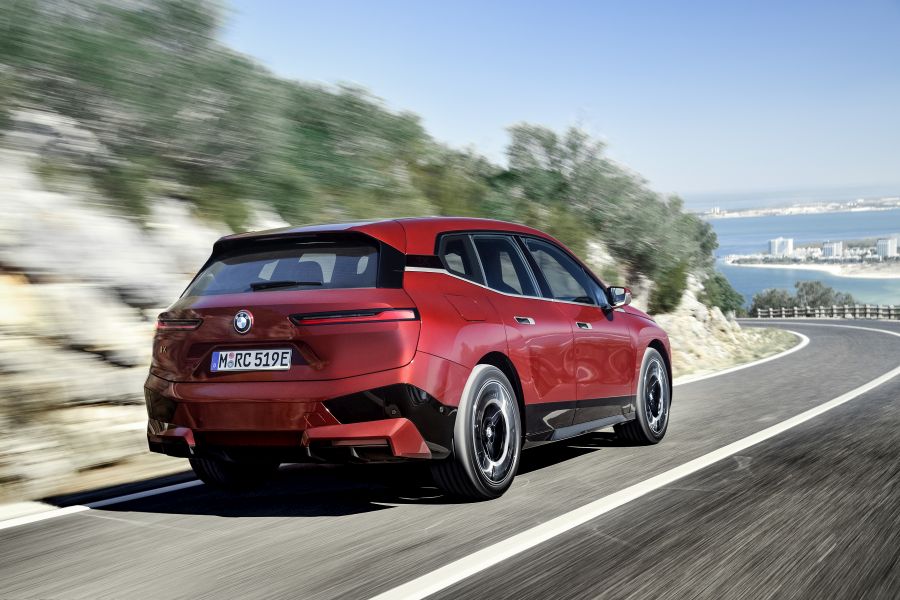 Technology package
The BMW iX xDrive50 comes standard with air suspension that adjusts suspension stiffness and ground clearance and integral steering. It’s almost as agile as the X5 and at double lane changes it went faster than the X5 (82 vs 79 km/h). The steering isn’t as incisive as the X6 but it’s precise and has decent feedback. The driver can choose between Personal (equivalent to Individual mode), Efficient and Sport modes. On Sport the suspension drops 10 mm and the same happens at speeds over 140 km/h. The suspension of the BMW iX is comfort oriented and in corners there is moderate roll.

AMG versions have integral steering with a 9 degree angle and the AMG Ride Control adaptive air suspension as standard. The driver can choose between Slippery, Comfort, Sport, Sport+ and Individual modes. On Sport and Sport+ the suspension drops 15 mm and on Comfort mode it also drops 15 mm at speeds above 120 km/h and returns to normal when speed drops below 80 km/h.

Only the AMG EQE 53 4Matic+ version benefits from active anti-roll bars with a motor on each axle connected to the 48V network as standard. We can’t yet give a verdict on the suspension of the AMG EQE 43 but we believe that in this case BMW will no longer benefit from the traditional agility advantage, as the iX’s suspension is quite soft compared to a classically powered BMW. 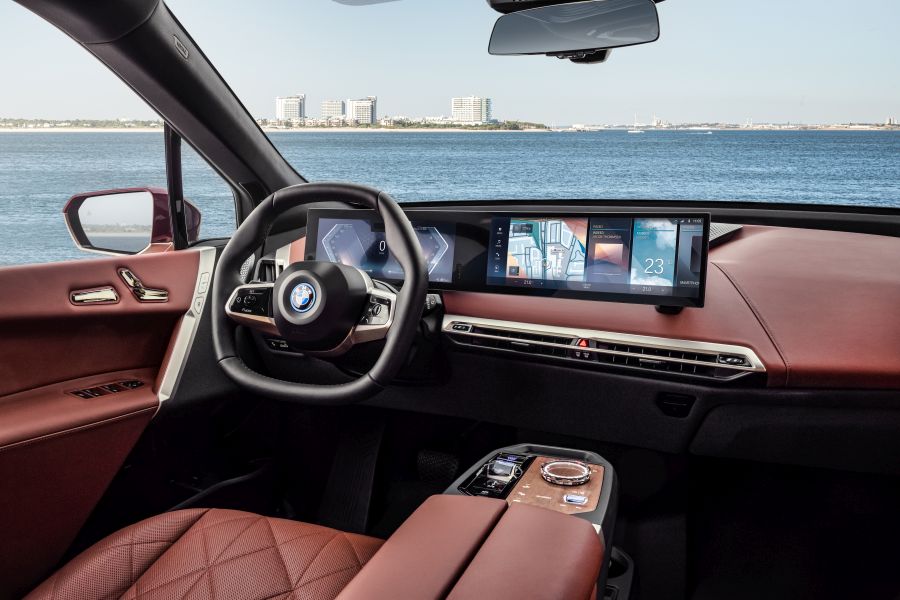 The EQE SUV’s multimedia system is similar to that of the EQS but as with the EQS I don’t think it’s worth paying the extortionate price for the Hyperscreen except that it is truly spectacular. It groups two 12.3-inch screens and a 17.7-inch screen for the multimedia system under the same glass but the curved central screen gives the impression of a slight distortion of the image. Instead, Mercedes offers several ways to customise the dashboard instruments.

However, it’s not a drama unless you pay the very high price for the Hyperscreen. The 12.8-inch door screen similar to the S-Class is a wiser choice. especially since the menus are excellently structured and everything works very intuitively. Mercedes’ multimedia system includes more menus and features and is more sophisticated than BMW’s, which is still at a high level. 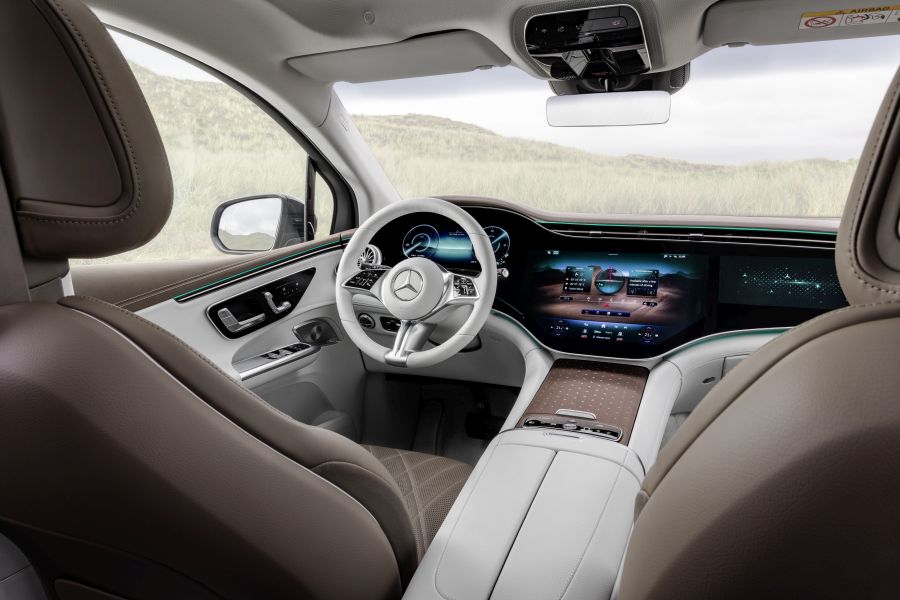