The four-seater X Convertible Concept was unveiled by Genesis at a special event in California. The car features a unique folding hardtop roof that houses individual glass panels above the front occupants. 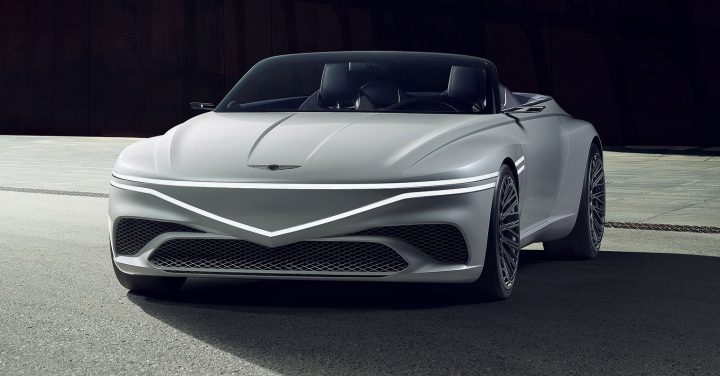 Also familiar is the bold Parabolic Line that both accentuates the car’s strong profile, while the muscular blisters around the wheels form a classic ‘Coke bottle’ shape when viewed from above. 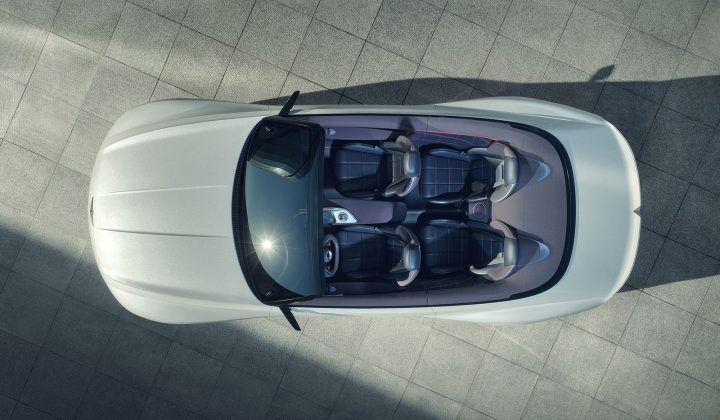 At the front of the Genesis X Convertible are the LED quad lights that help create the brand’s Two-Line graphic identity. 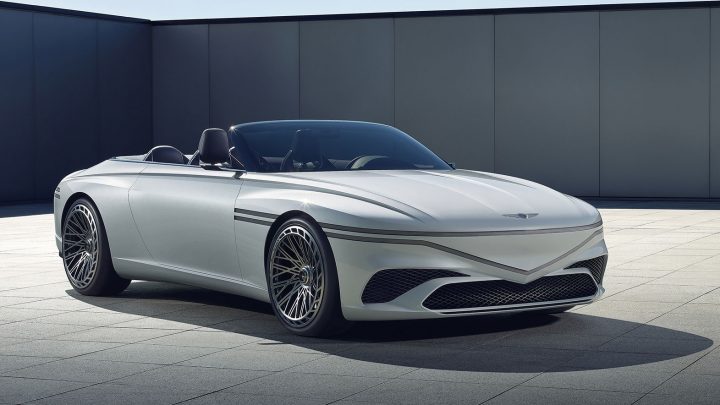 As with the X Speedium Coupe concept, the lights are now integrated into an eye-catching visual interpretation of the Crest Grille seen on the firm’s internal combustion engine models.

For the all-electric Genesis X Convertible, the cooling function for the powertrain and batteries have been relocated to smaller openings set low down in the front bumper. 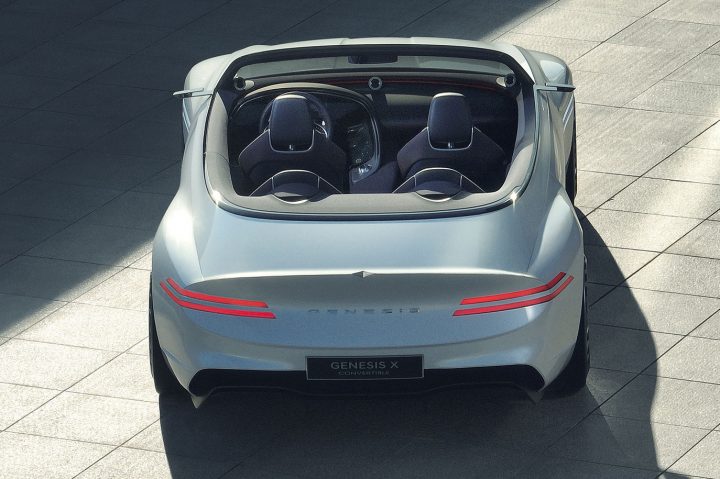 At the rear, the Genesis X Convertible concept features a bold concave elliptical tailgate design with integrated spoiler, while the horizontal quad taillights echo those already seen on the X Concept and X Speedium Coupe.

Elsewhere, the eye-catching V-shape indentation in the tailgate takes its influence from the iconic crest and wings of the Genesis logo. 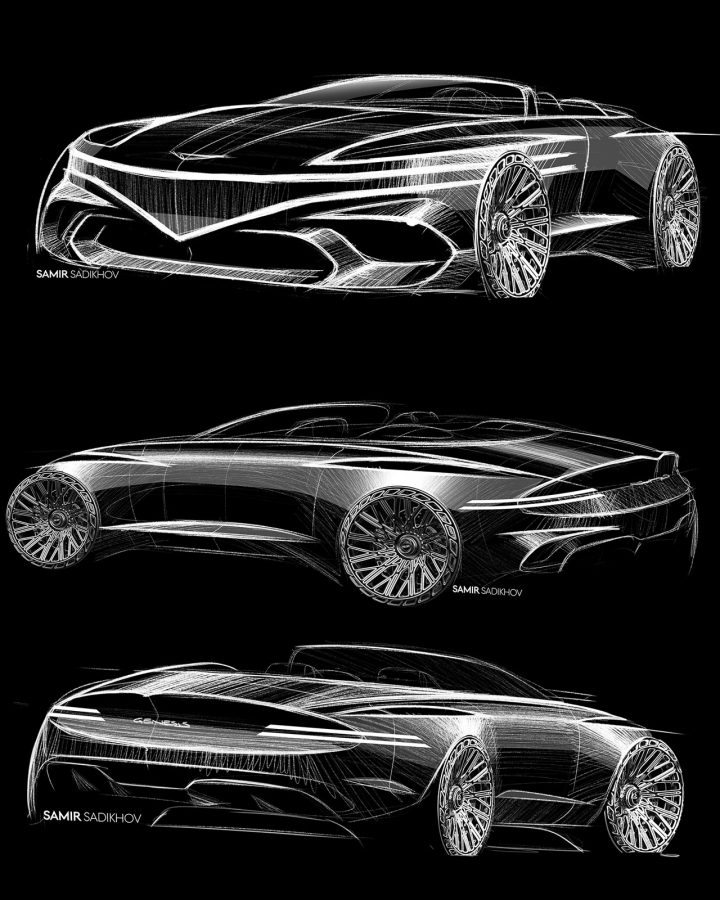 The Genesis X Convertible concept’s exterior features a bespoke Crane White finish. Representing nobility and sanctity in Korea, the White Crane is an important cultural icon that Genesis was keen to incorporate in the concept’s character. The result is an exterior surface coated in white with pearl particles, achieving a luxurious shine that dynamically frames the contrasting interior. 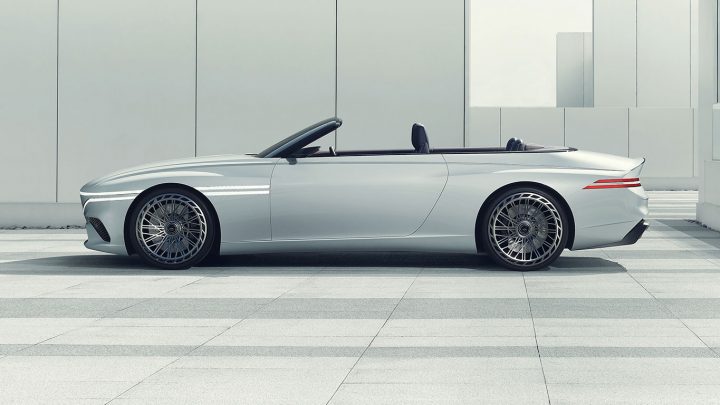 Finally, the wheels combine the trademark Genesis’ G-Matrix pattern with an efficient aero dish concave section that both improves airflow and helps to cool the brakes. 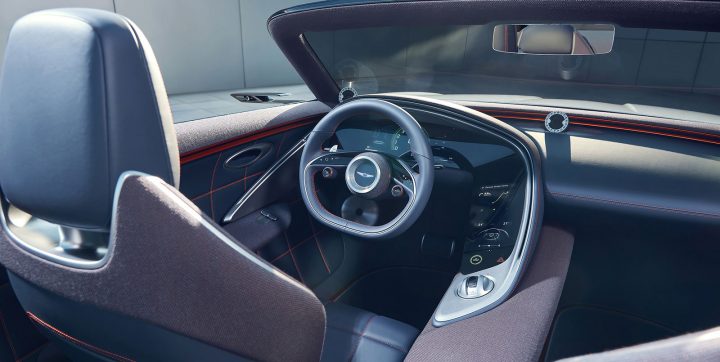 The primary interior colour is Giwa Navy, which takes its name from the “Giwa”, the roof tiles used on Korean houses. Made from recyclable wool fabric, the textured and woven trim wraps around the cabin, contrasting with the smooth and sleek leather surfaces of the seats, which are finished in the same colour.

Speaking about the Genesis X Convertible Chief Creative Officer, Luc Donckerwolke, said: “It is the normal development of Genesis to increase the athletic and emotional facet of our design philosophy by creating an emotional trilogy: the X family. Electric powertrains have given us the perfect scenario in which to enjoy nature, which is something convertibles do better than any other vehicle. With the Genesis X Convertible, we have built upon the stunning success X Concept and X Speedium Coupe to further propel the brand’s mission to create vehicles with even greater emotional resonance.”

The Genesis X Convertible is the third electric design study from the brand and is a natural development of the X Concept. 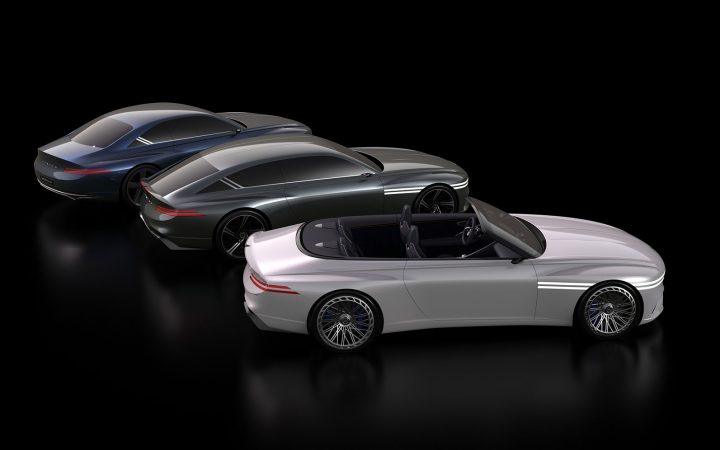 A striking two-door coupe that was revealed in Los Angeles in 2021, it showcased the Genesis Athletic Elegance design language, as well as the brand’s commitment to a sustainable future.

The second car in the trilogy, the X Speedium Coupe, was a high-performance sports coupe inspired by the Inje Speedium circuit in Korea. Unveiled in New York in April 2022 it also showcased an evolution of the trademark that included the addition of a bold LED lighting signature to the trademark Genesis Crest Grille.