I’ve long been a big proponent of the BMW X7. Despite it being the antithesis of everything BMW stands for, and everything I like it in a car, the X7 really warmed me over. Ever since it’s been on sale, I’ve felt that it was the best luxury car in BMW’s lineup. Now that it’s been refreshed and given a new model with a new engine, is that still the case? YouTuber Joe Achilles recently spent some time with the new BMW X7 M60i to find out.

The new BMW X7 M60i is part of the models LCI refresh, which brought about a new front end design, some new interior updates, and the M60i’s new S68 engine. The new front end design looks better than the front of the pre-LCI car, which always seemed a bit disproportionate to the size of the car. Now, the split headlights and air intakes make it seem more cohesive. However, there are still some fans who don’t like it and haven’t gotten used to BMW’s split headlight design. 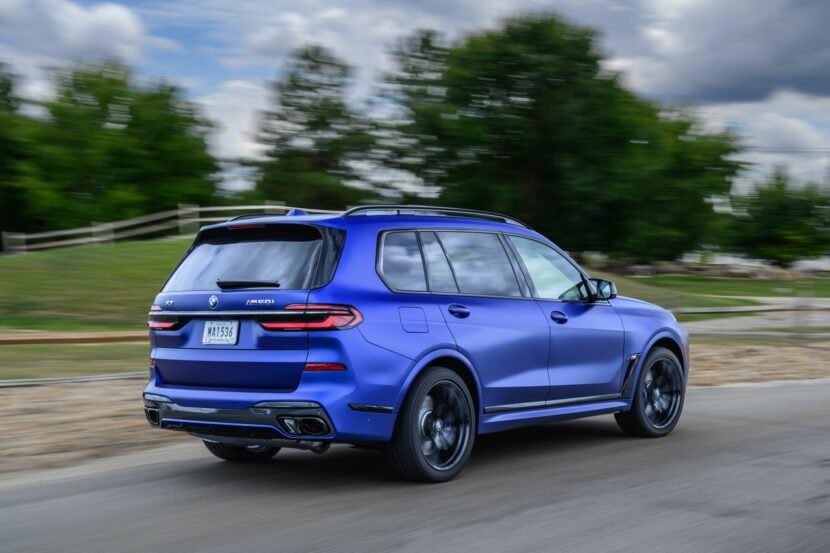 However, the big news is under the hood. The X7 M60i comes with BMW’s new S68 engine, a 4.4-liter twin-turbocharged M engine that BMW is using in normal cars now. It makes the same 523 horsepower and 553 lb-ft of torque as the pre-LCI X7 M50i but it’s now a 48-volt mild hybrid, is more fuel efficient, and produces fewer emissions. It might be tuned to make the same power but it’s a better engine overall than the one it replaces.

So how does Joe Achilles like it? Achilles is very much an old-school sports car enthusiast. Big SUVs aren’t usually his cup of tea but he seems incredibly impressed with the way it drives, especially considering its size and weight. Cars like the X7 M60i shouldn’t drive and handle as well as it does. It feels like a much smaller, lighter car when you’re pushing it hard and it actually seems to enjoy sportier driving.

I’ve driven the new X7 M60i as well and it’s a genuinely impressive car, even if it’s not your cup of tea. But if you want to see its interior, its space, and what it feels like to drive, watch this video. The X7 M60i might just be the best luxury car in the brand’s lineup.