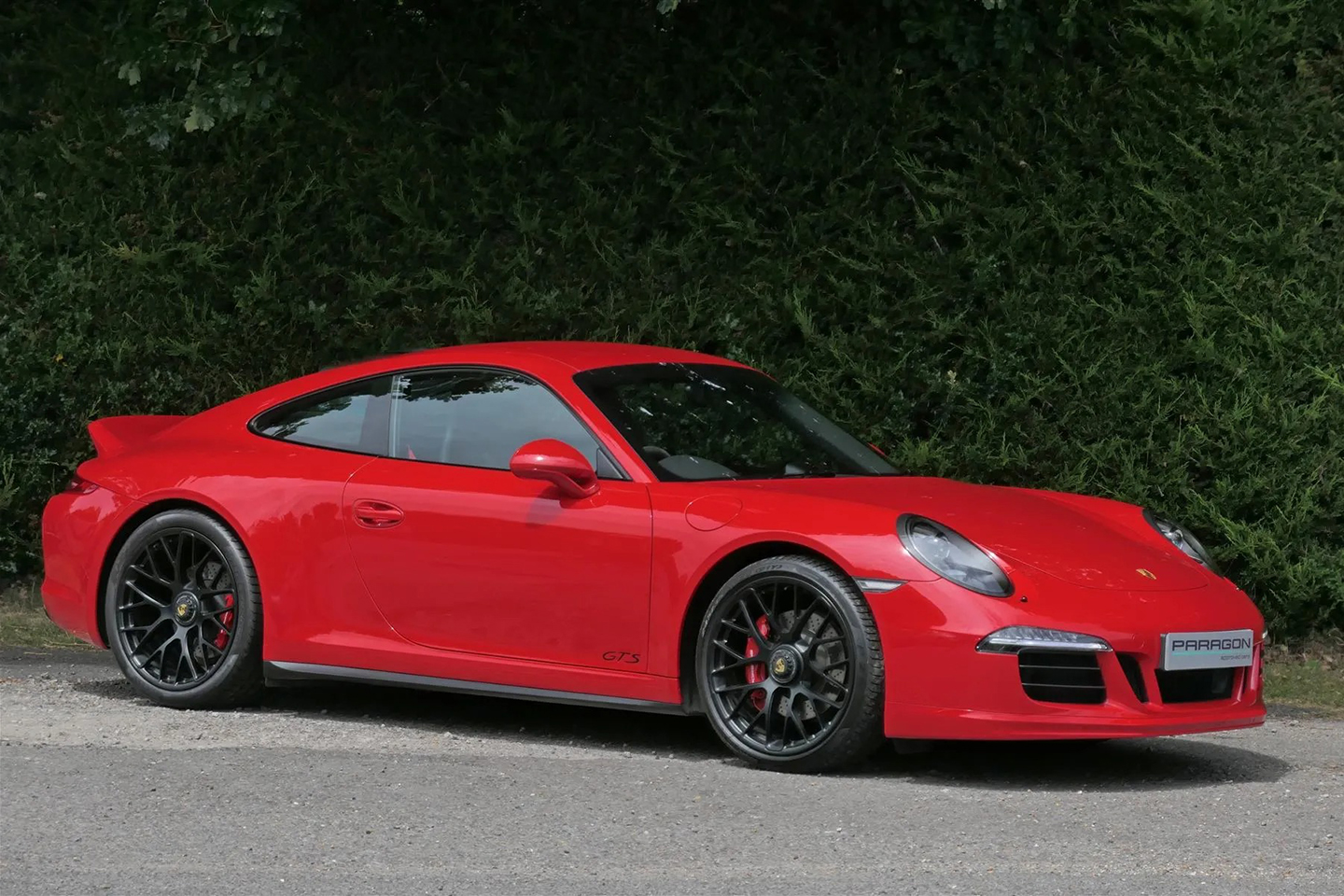 In 2022 it’s hard to imagine a time without GTS models in the Porsche line up, given the badge can be found on everything from Macan to Taycan. But it’s a fairly recent reintroduction to the range, coming back as a swansong for the 997-generation 911 having not been used – we think – since a similar farewell model for the 928 in the mid-1990s, complete with the 5.4-litre V8.

As is now well known, the 997 GTS was a special car, elevating the Carrera to a level beyond that implied by the spec. It was just a really nice sports car, more special than a standard 911 yet less demanding than a contemporary GT3. Which is why they still command so much money.

It came as no surprise, therefore, that Porsche followed up the 997 with a 991 GTS; again towards the end of a model cycle, albeit this time just the first generation of 991 – it wasn’t going to miss such a lucrative trick again. The same methods were employed, with a wider body, standard Powerkit plus a host of desirable cosmetic goodies, with a similar result as well. The 991 couldn’t have the same impact as the 997 did, because it wasn’t the first, but the GTS upgrades made for a heck of a good 911: ‘On the track it wants to be your new best friend – endlessly accommodating, unreasonably forgiving and pleasingly more neutral than lesser 911s’, read the PH review back in 2014. Add to that an improved seven-speed manual, the broad-shouldered good looks and a ‘sneaking suspicion that Porsche has done more to this car than it’s letting on’ and it’s easy to understand why the 991.1 GTS was so fondly thought of. Remember, too, that this car was replaced by the turbocharged 991.2 GTS – the appeal of 430hp at 7,500rpm from a 3.8-litre flat six doesn’t need any more explaining from us. 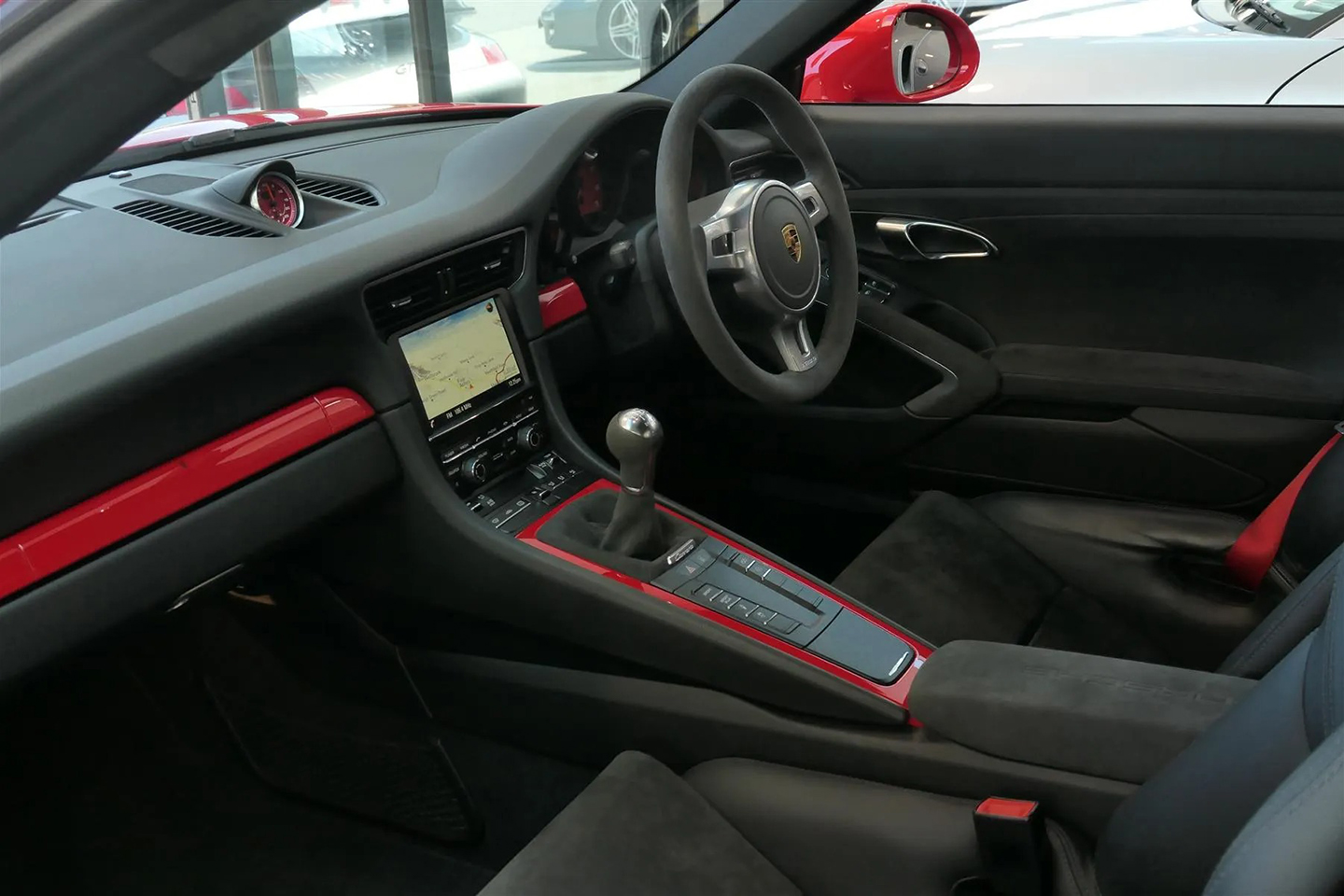 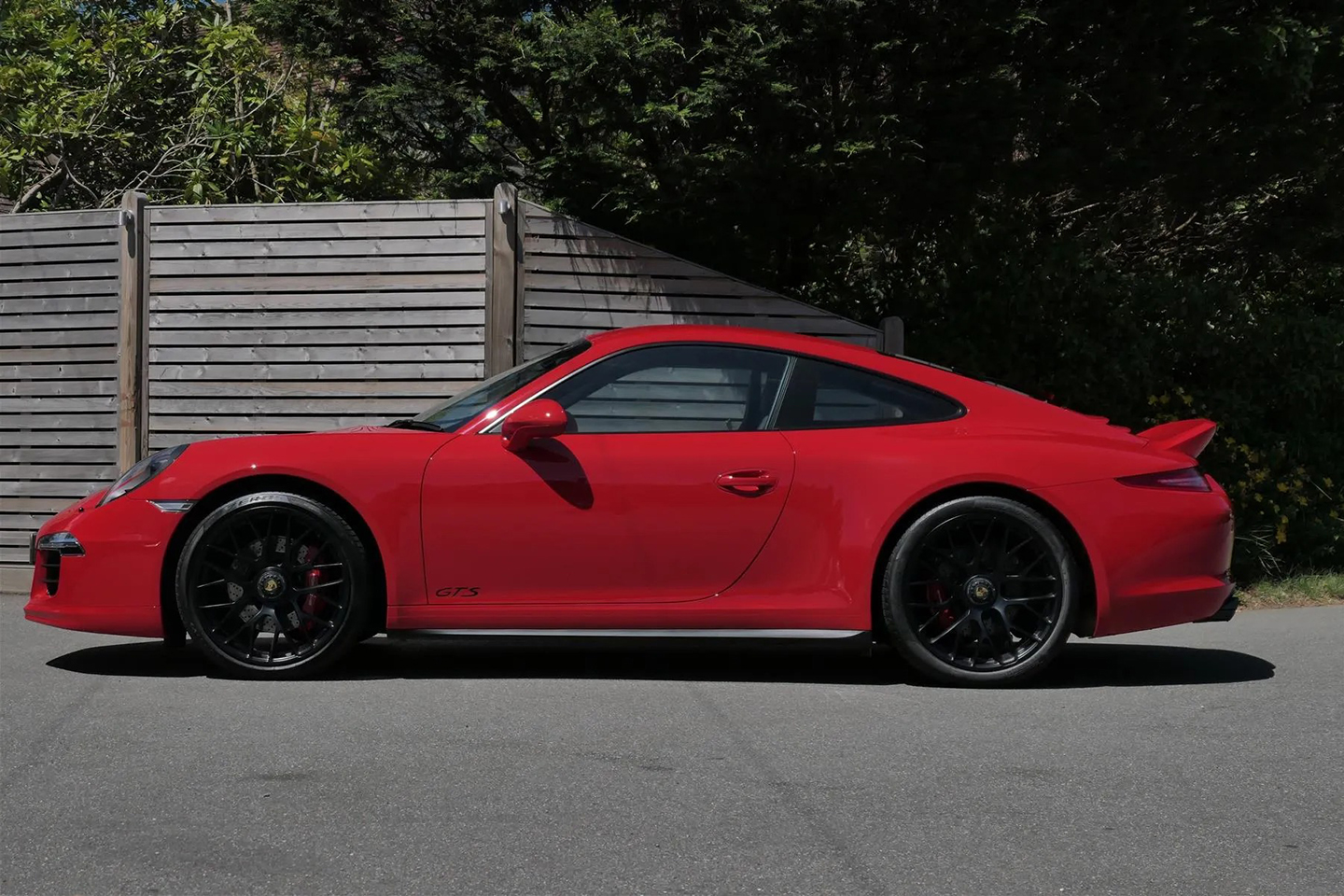 Both bodystyles and both transmissions were offered for the GTS, as well as rear- or four-wheel drive; what you really wanted, of course, was a two-wheel drive coupe with the manual. Because that was the best one to drive. They don’t come up for sale all that often however as, well, PDK is really good and that’s what lots of buyers went for. Not this time, however, as here’s the GTS holy grail: Carmine Red, two-wheel drive, seven-speed manual. Nice.

There’s more, too, in a really cool (and probably very expensive) spec. See the ducktail, for example, and the bucket seats, with the rears gone altogether for the full road racer vibe. Remember, this was back before the GT3 had a manual again and a few years from a Carrera T. A two-seat GTS was about as focused as three-pedal 991s got, and it promises a great deal. At least once that awful rear wiper has been binned.