This Husqvarna 400 Cross was bought by Steve McQueen on the 26th of August 1971. It would remain one of his favorite “go to” bikes for off-road riding, and he would keep it in his collection for the rest of his life.

Though best known as a movie star, McQueen was a successful motorcycle and automobile racer on the side. He competed on the official USA team in the 1964 International Six Days Trial (ISDT), one of the toughest off road motorcycle races in the world, and he often competed in California under the name Harvey Mushman.

The Husqvarna 400 Cross was unveiled in 1969 as the all-new replacement for the outgoing Husqvarna 360 model. There was a lot of pressure on the 400 Cross as it was intended to reclaim Husqvarna’s position as the top motocross manufacturer in the world. 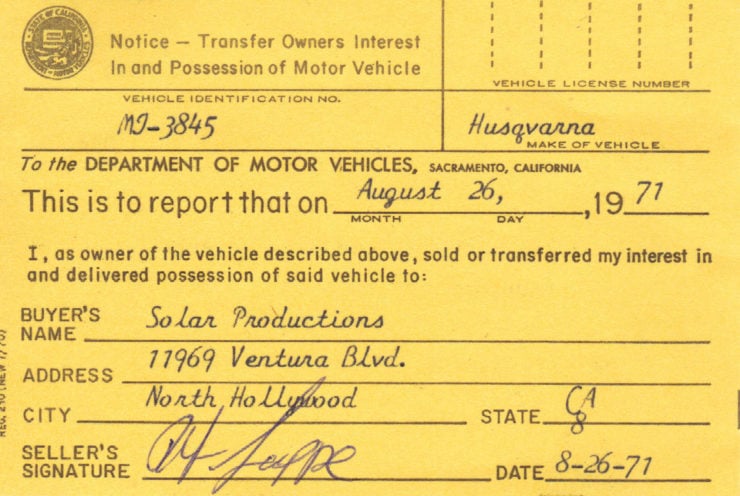 This is the original transfer of ownership form that shows the bike was bought by Solar Productions – Steve McQueen’s film production company.

There can be no denying that the Scandinavians have some strange magic when it comes to vehicle design, and luckily for Husqvarna this magic came together in a big way with the 400 Cross.

The 400 Cross is powered by an air-cooled 396cc single-cylinder two-stroke engine producing 40 bhp in standard tune. Power is sent to a large rear sprocket by way of a tough four-speed transmission.

The engine is cradled in a tubular steel frame which is fitted with hydraulic forks up front and dual shock absorbers in the rear. There’s an amply padded seat to help soak up the bumps and perhaps mostly importantly of all, the bike has that iconic red, white, and chrome Husqvarna fuel tank. 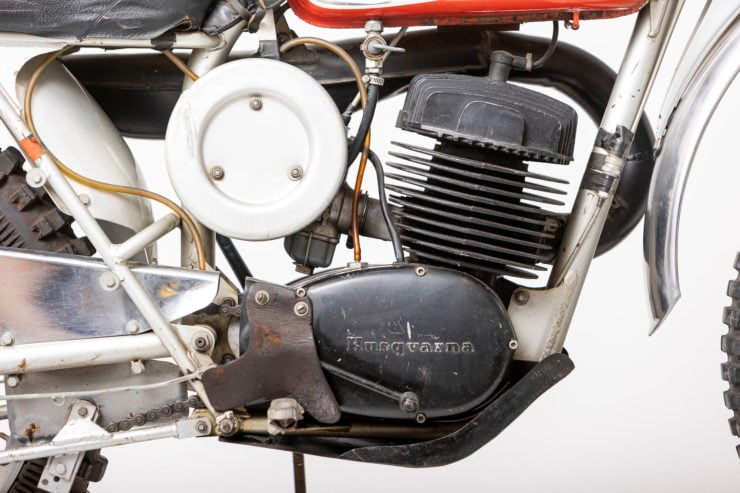 This is the engine that powered riders to multiple world championship titles and a slew of race wins. It’s an air-cooled 396cc single-cylinder two-stroke and it makes 40 bhp.

The overall design of the bike was relatively standard for the era, though the whole is greater than the sum of the parts as is evidenced by the long list of wins in top notch competition.

Surviving examples of the Husqvarna 400 Cross are now highly collectible, and there are specialists who can restore them back to exact factory specification. They remain popular today as vintage off-roaders.

Of all the examples of the Husqvarna 400 Cross that still exist the two most popular (and valuable) types seem to be those that won in period motocross and enduro competition, and those that were owned by Steve McQueen. 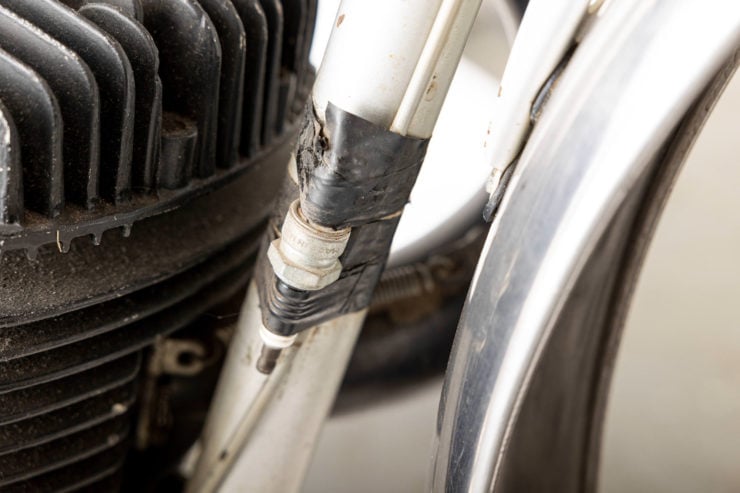 McQueen taped a spare spark plug to the frame in case it was needed, it remains there to this day.

It’s thought that McQueen owned at least two of this model, possibly three. One of them is now arguably the most famous Husqvarna from the era, the bike that he rode in the 1971 documentary film On Any Sunday and appeared on the cover of Sports Illustrated riding.

The Husky you see here is his other bike, and according to some it was a favorite “regular rider.” McQueen bought the bike in 1971 through his film production company Solar Productions. A number of his vehicles were bought through the company over the years.

This bike would eventually be sold in 1984 at the Steve McQueen Estate Auction, it’s passed through a very limited number of hands since that time, and thankfully, it’s been preserved in the same condition it was in when McQueen last rode it.

It’s now due to roll across the auction block with Bonhams on the 19th of August in California with a price guide of $130,000 – $180,000 USD. If you’d like to read more about it or register to bid you can visit the listing here. 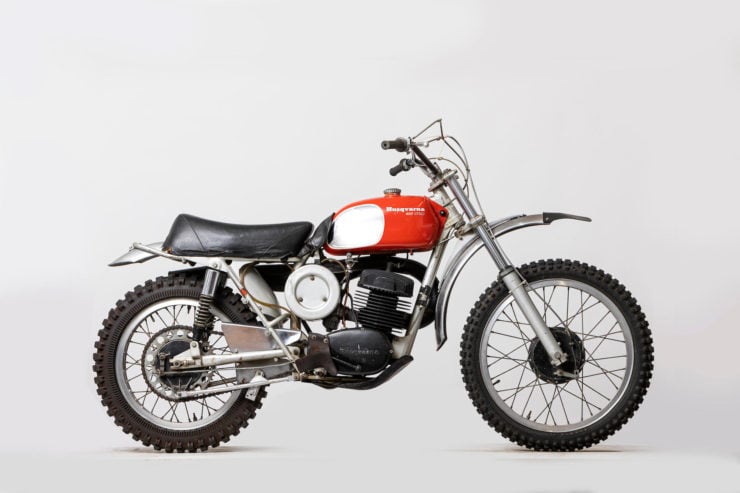 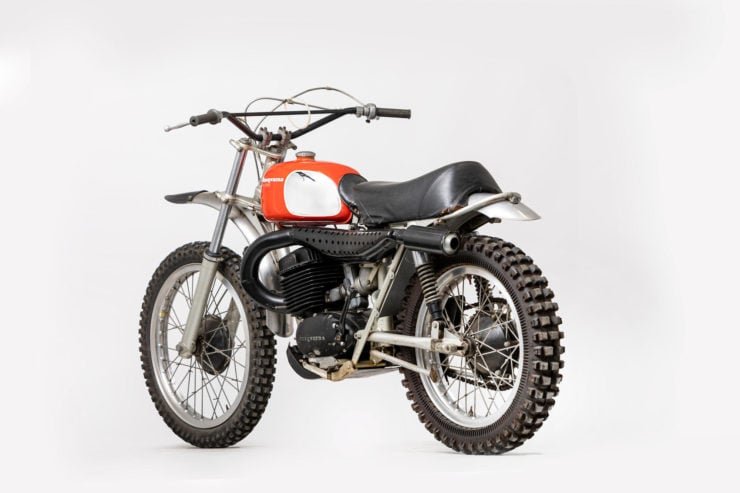 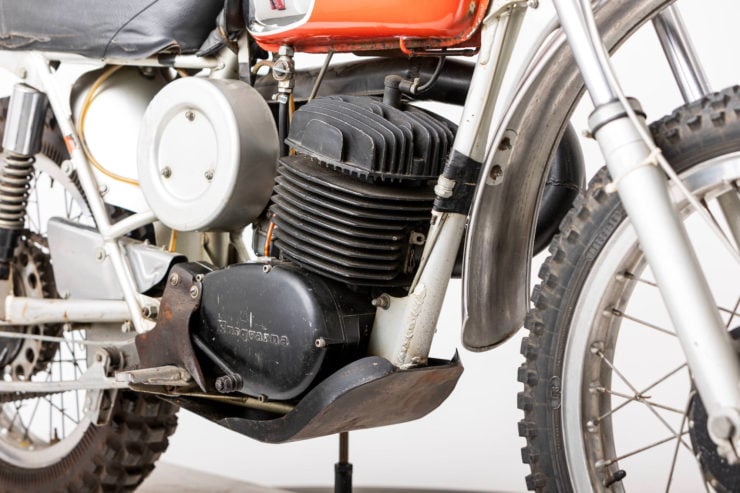 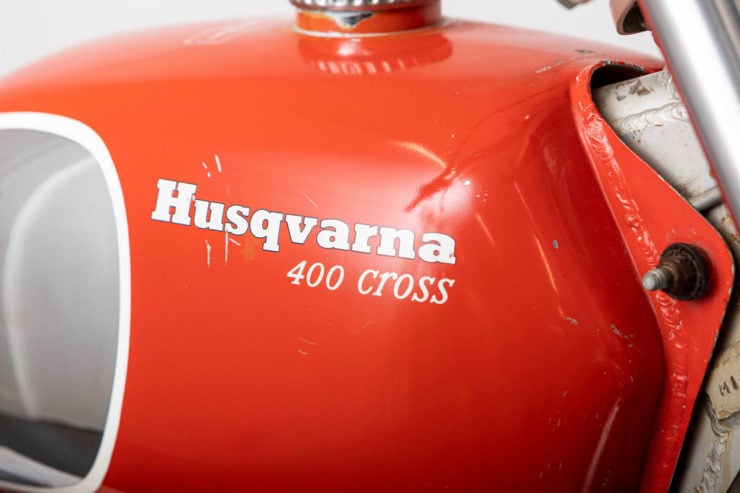 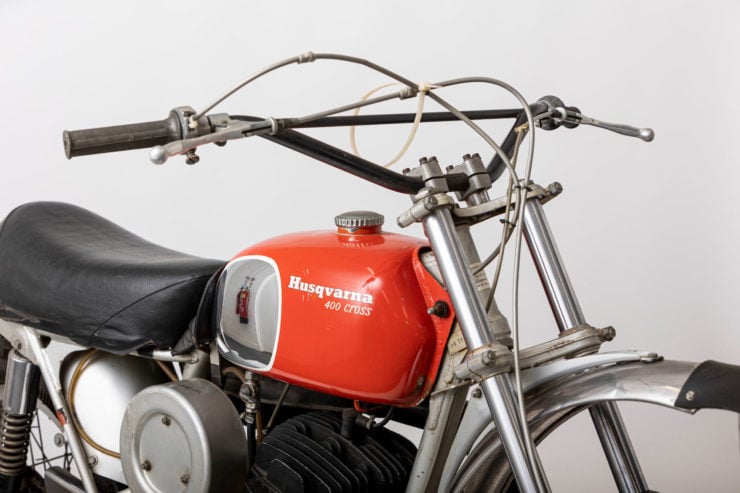 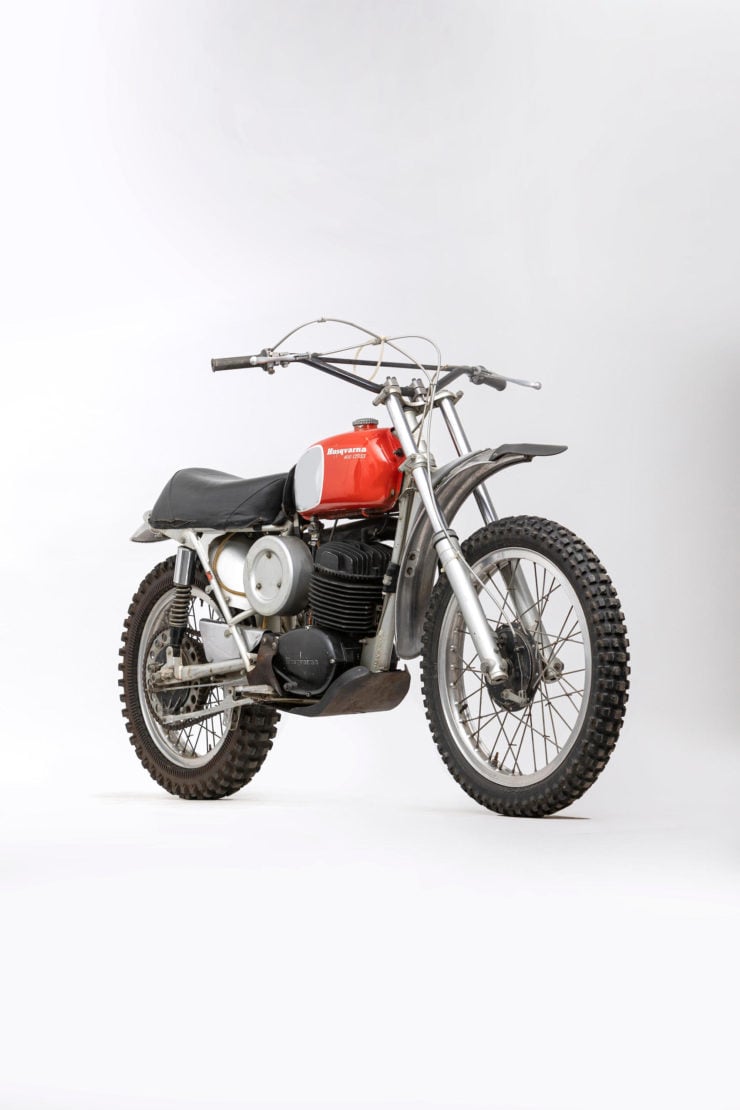 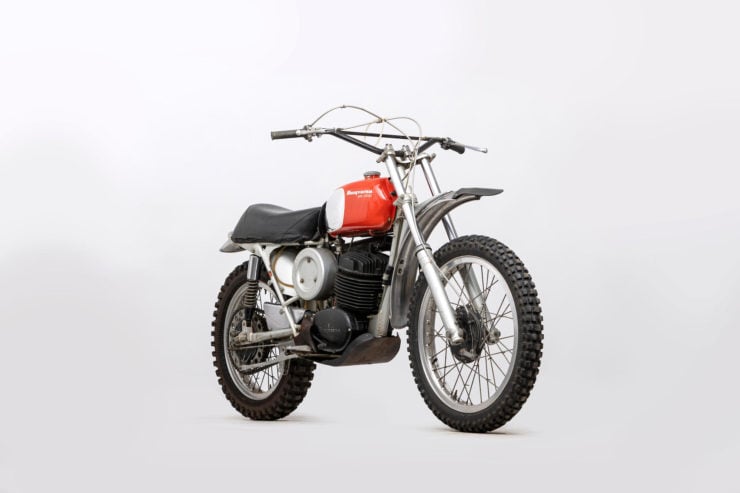 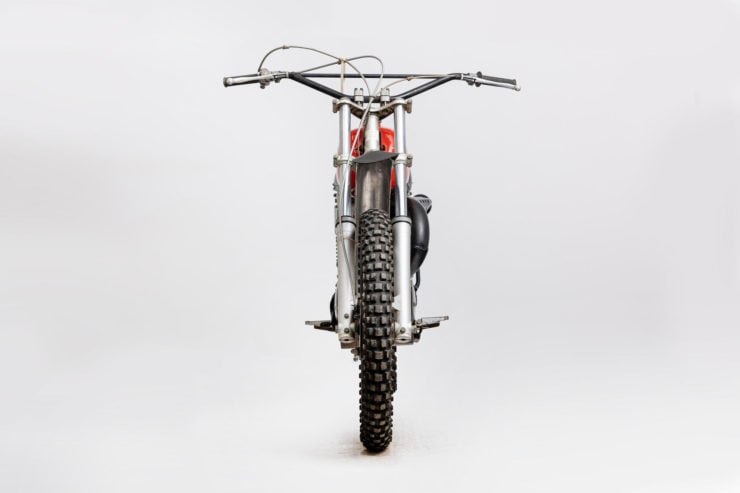 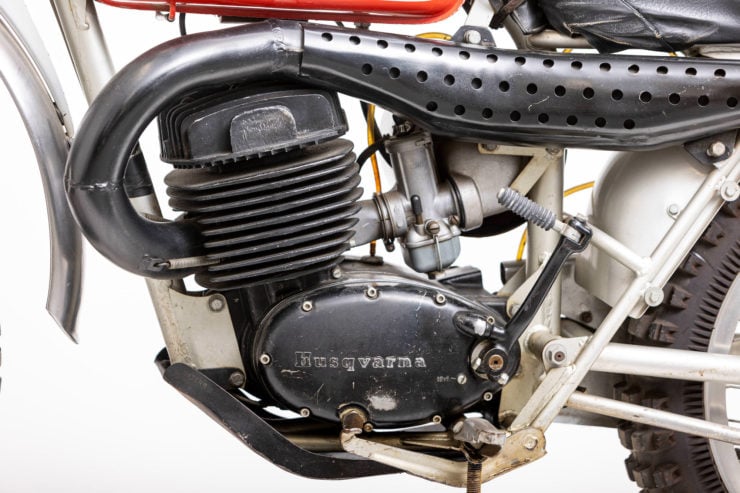 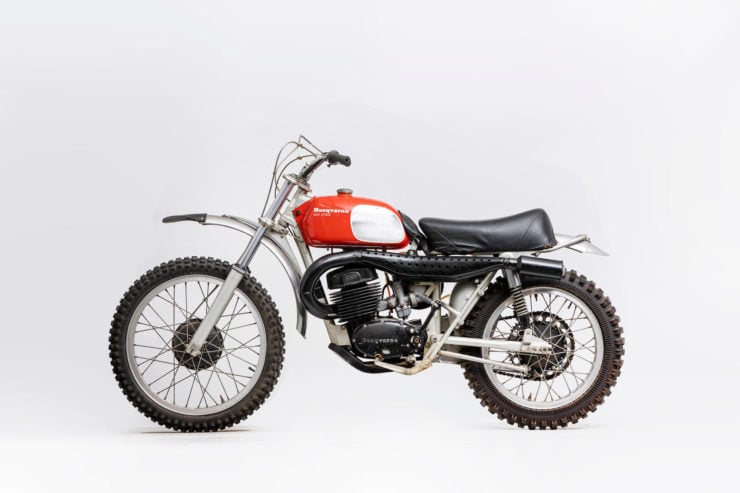 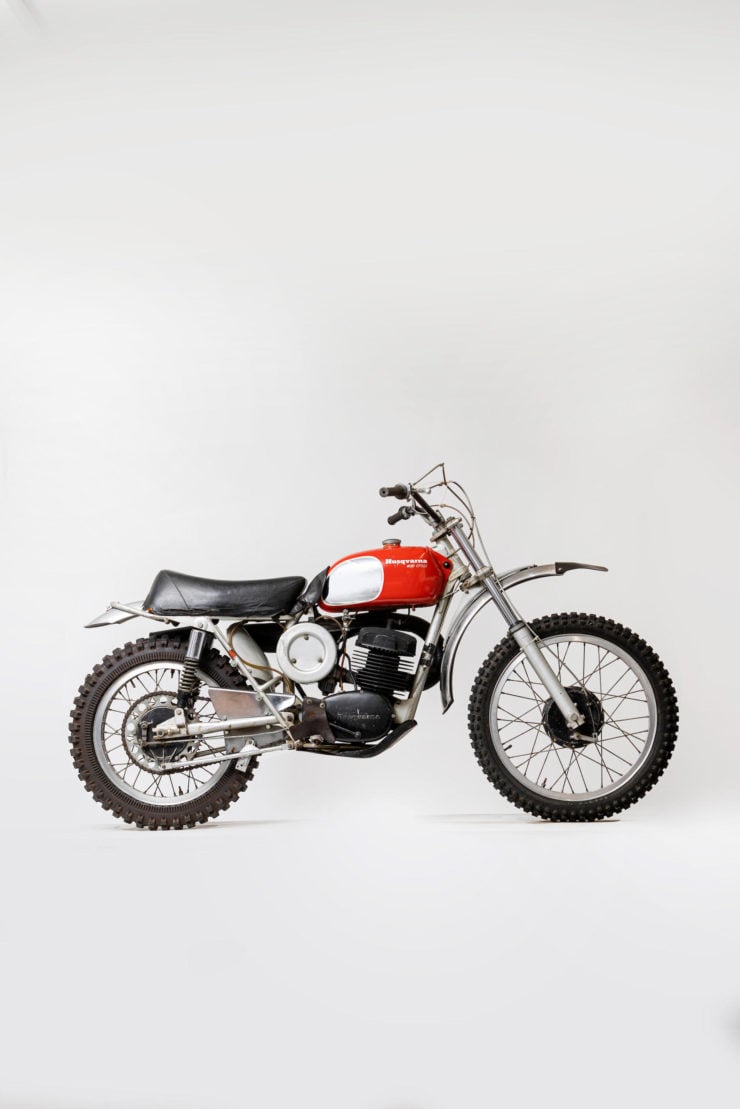