The Car That Could Have Been The Ford GT40

This is a Lotus Europa Twin Cam Special from 1974, interestingly the Europa concept started out in 1963 as a design for Ford who were in the midst of planning their GT40 campaign against Ferrari.

Ultimately it would be the Lola Mk6 that would win the bid, and Lola would develop the Ford GT40 in England as a result. Lotus then went on to further develop their Ron Hickman-designed GT40 proposal into the car you see here – the Europa.

The Lotus Europa remains one of of the most significant sports cars of the 1960s. It was the world’s first mass-produced mid-engined sports car, it made use of a lightweight fiberglass body for a curb weight of just 610 kgs (1,350 lbs), and it had class-leading handling.

This is a 1963 design sketch of the proposed Lotus design for the car that would become the Ford GT40. The similarities to the Lotus Europa are clear to see. Image courtesy of Lotus Cars Limited.

The original concept drawings that had been done for Ford for the above mentioned GT40 project by Ron Hickman were used for the Europa, though they were scaled down slightly as the car now didn’t need to accommodate a large American V8 in the rear.

A steel backbone chassis was developed for the car, similar to the one used on the earlier Lotus Elan, and a fiberglass body was developed with a focus on good aerodynamics, low weight, and a low center of gravity – as a result the car is roughly the same height as a five year old child at 1.08 meters or 42.5 inches.

The car was originally destined to be called the “Elfin” a name loved by Lotus founder Colin Chapman, however after it was pointed out to him that “el fin” means “the end” in Spanish the name was changed to “Europe.” Potential trademark issues then resulted in a minor name change to the name we all know today – “Europa.”

The reason the car ended up with this name is that it was intended to be sold in Europe, it was exclusively offered to buyers on the Continent for the first three years from 1966, it was then offered to buyers in the UK from 1969 onwards. 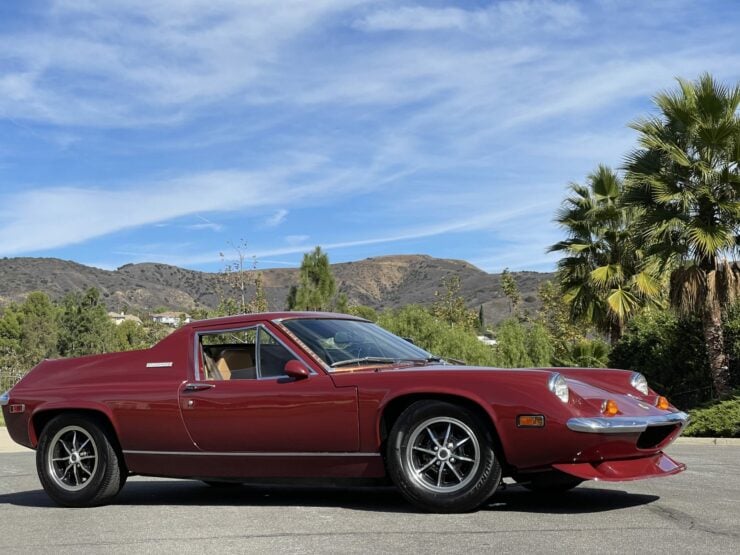 As a later version of the Europa this car has the smaller sail panels and larger rear window, as well as the desirable Lotus Twin Cam engine and 5-speed gearbox.

The relative lack of engines and transmissions designed for mid-engine use in production cars was a cause for concern during the development process for the Europa but Chapman found a solution in what was perhaps the least likely of places – under the hood of the Renault 16.

Rather cleverly, Chapman and his team took the inline-four cylinder engine from the Renault 16, a front-wheel drive car from France, and flipped it 180º.

This gave them the perfect engine and transaxle for a mid-engined configuration – the only issue was the car would have one forward gear and four speeds in reverse. This problem was quickly resolved by repositioning the differential crownwheel within the final drive assembly, giving one reverse and four forward speeds.

The engine was significantly upgraded over its stock configuration with the addition of larger inlet valves, a higher compression ratio, an uprated camshaft, dual valve springs, and a twin carburetor arrangement. This increased power from 63 bhp to 82 bhp, it may not sound like much but the car was so light it made all the difference. 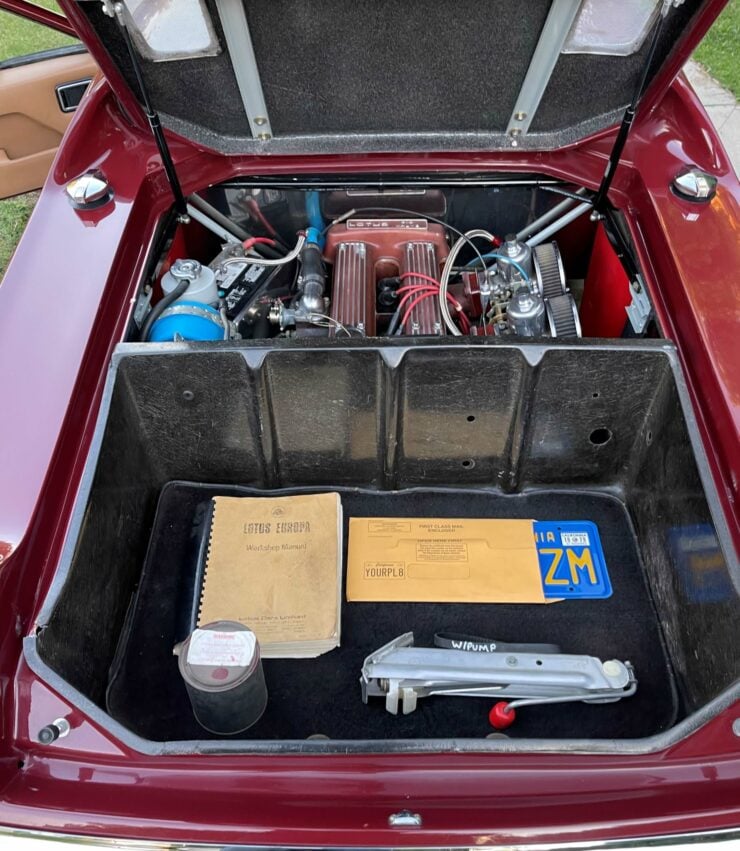 Here you can see the compact Lotus Twin Cam engine, a removable trunk was installed behind it allowing owners to pack a moderate amount of luggage or groceries when needed.

Over the course of production various improvements were made, in early cars the body was bonded to the chassis for optimal rigidity however this made crash repairs all but impossible, so later Europas had their bodies bolted to the chassis.

Electric windows were added in later models, as well as smaller rear side panels for better rearward visibility. The one area that saw the most upgrades was the engine bay, the Renault 16 engine had its power increased further however there was an upper limit, so Lotus eventually swapped in the Lotus Twin Cam engine that had been developed on the Ford 116E engine platform earlier in the 1960s.

This double overhead cam engine significantly increased power, up to 105 bhp initially and then onto 113 bhp (in US federalized form), and finally 126 bhp. A 5-speed transaxle was also introduced on later cars, and unsurprisingly these tend to now be the most popular with collectors.

By the time production ceased in 1975 Lotus had made almost 10,000 Europas, a major success for the company that had also greatly helped with their brand awareness across Europe and in the United States. 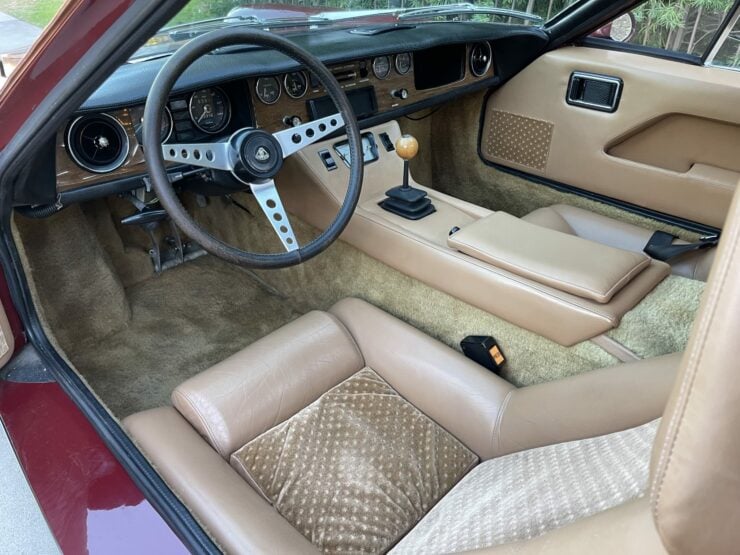 The interior is characterized by the sizable transmission tunnel, this actually accommodates the car’s steel backbone chassis.

The Europa was succeeded by the Lotus Esprit, an advanced Giorgetto Giugiaro-design wedge-shaped car that would feature in James Bond films and really launch Lotus into the big leagues. As a result the Europa was largely forgotten for many years, and even today they tend to remain relatively affordable in many world markets.

The car you see here is a 1974 Lotus Europa Twin Cam Special, meaning it’s one of the much sought after later models with the more powerful Twin Cam engine and the 5-speed transmission.

Interestingly this Europa is said to have been used as an engine development vehicle for a Formula 2 racing team, after which it was put into storage in 1979. In the early 1990s a full body-off restoration was undertaken which included a full repaint, a refreshed interior, a suspension overhaul, and rebuilds of both the 1.6 liter Twin Cam engine and the 5-speed gearbox.

The car is now being offered for sale out of Placentia, California on Bring a Trailer and you can visit the listing here if you’d like to read more about it or register to bid. 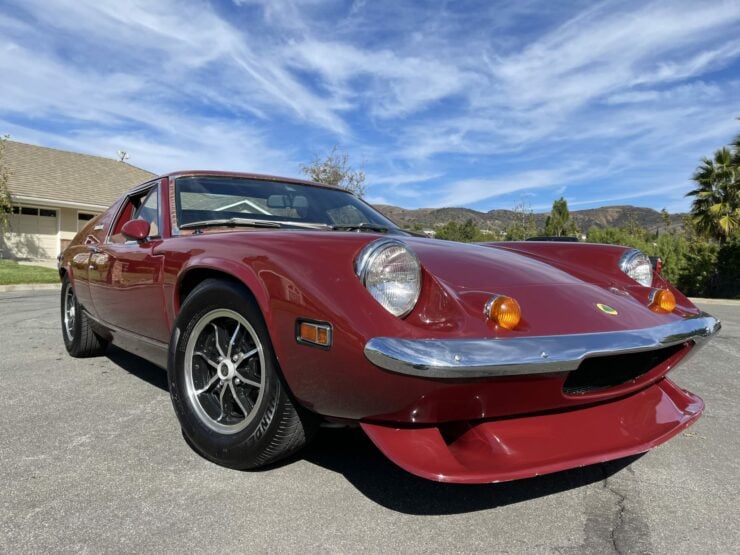 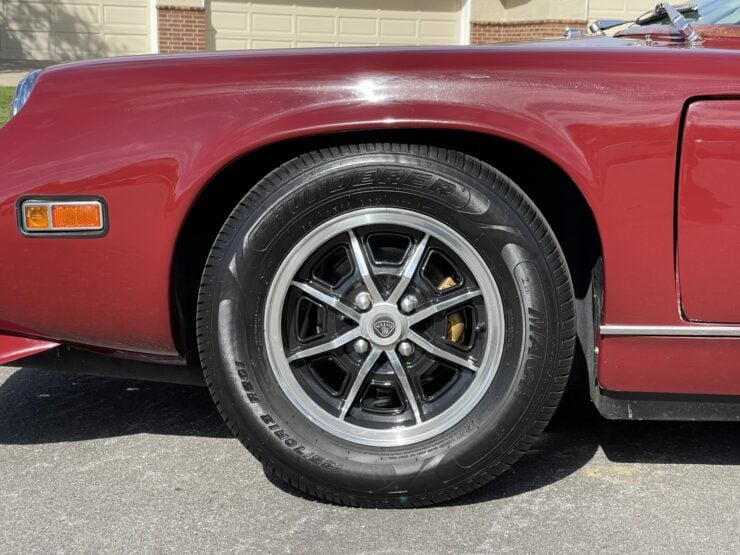 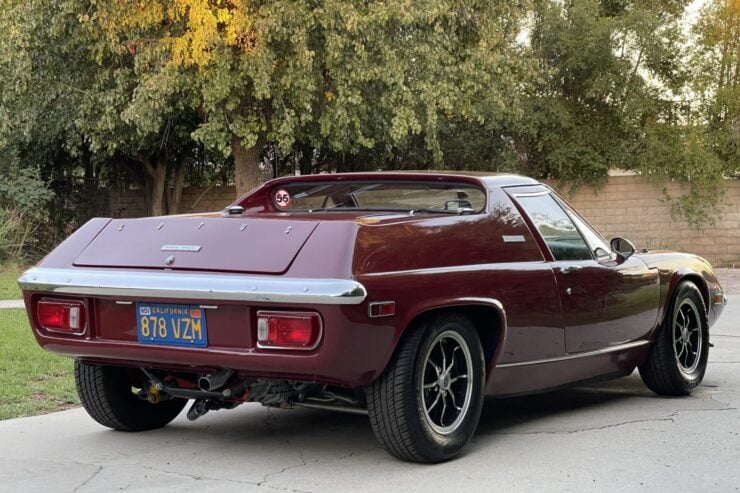 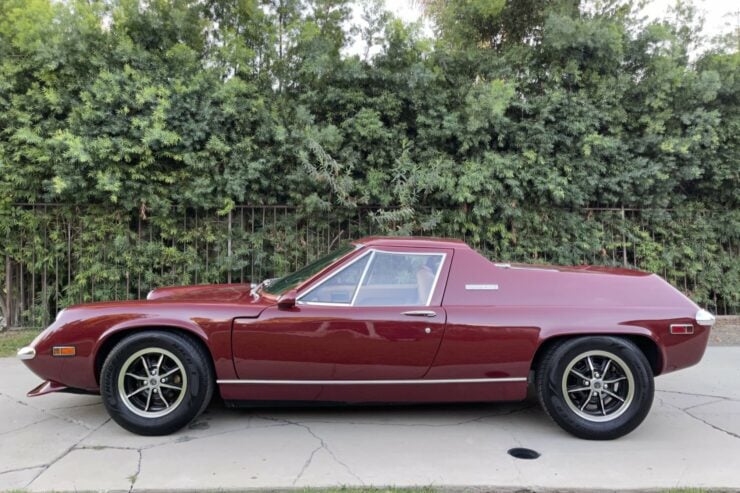 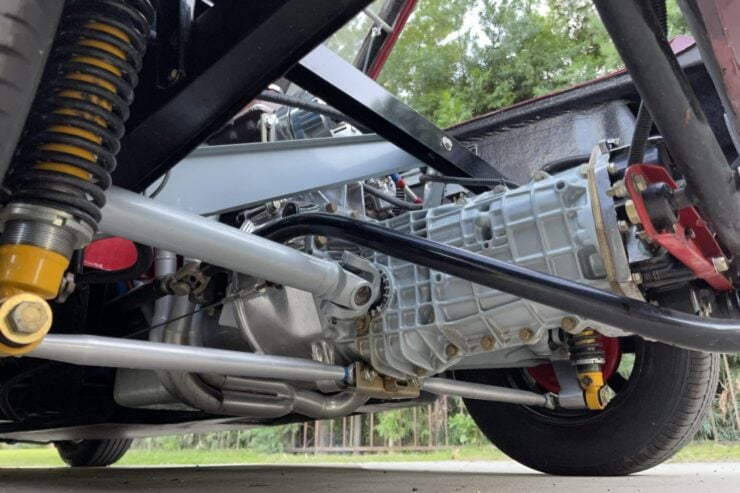 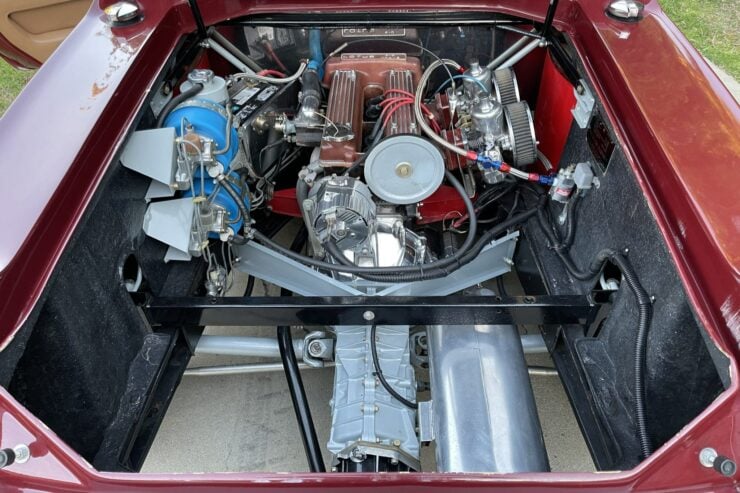 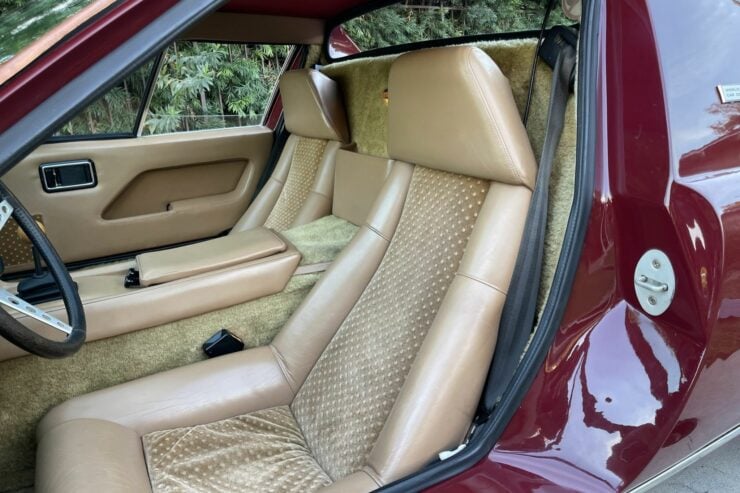 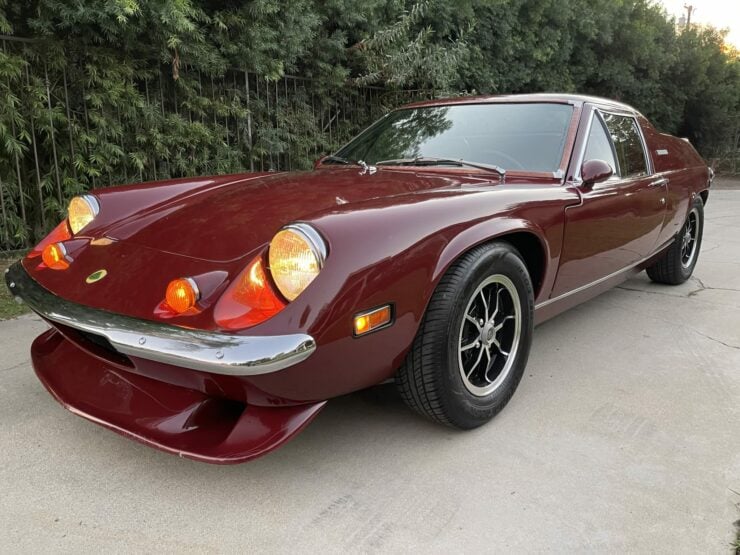 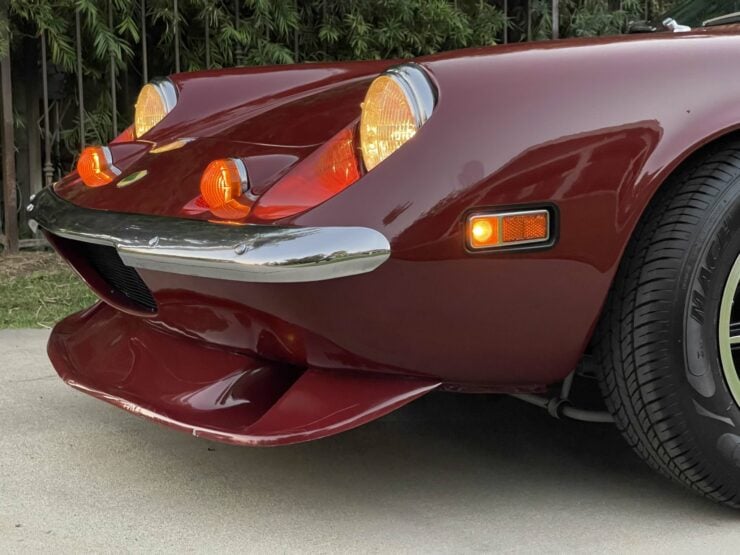 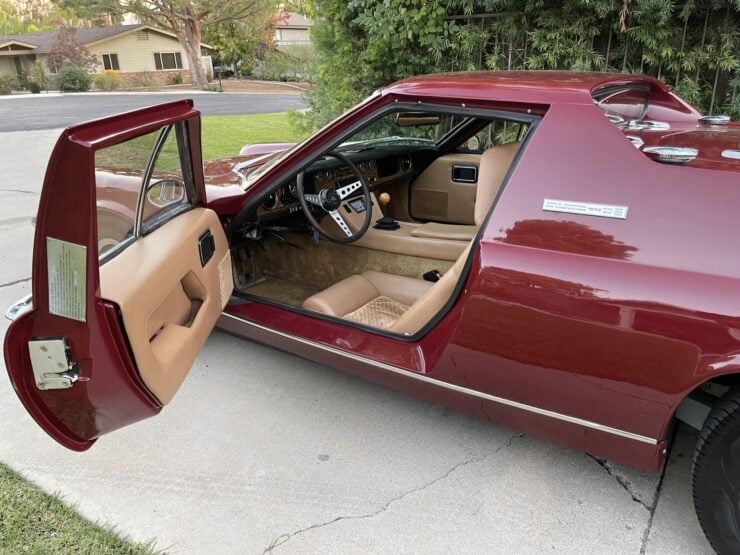 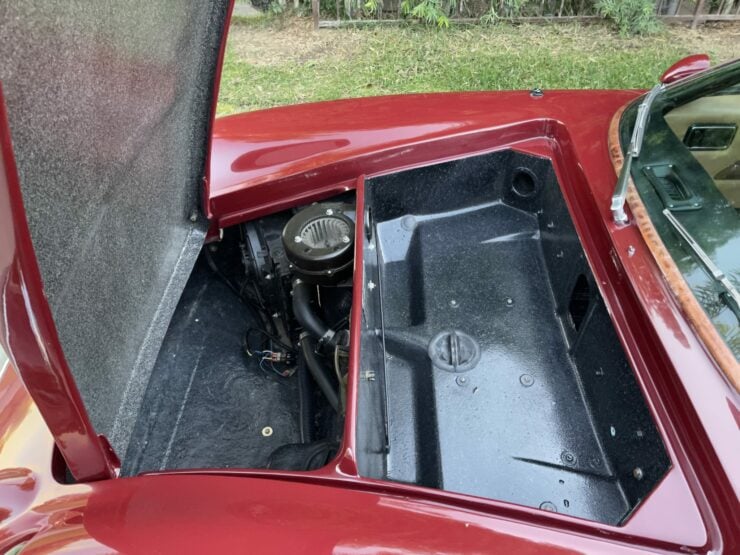 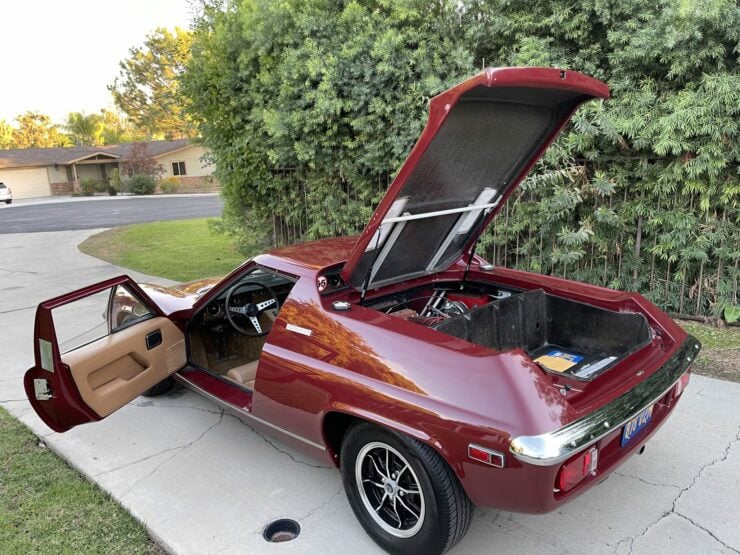 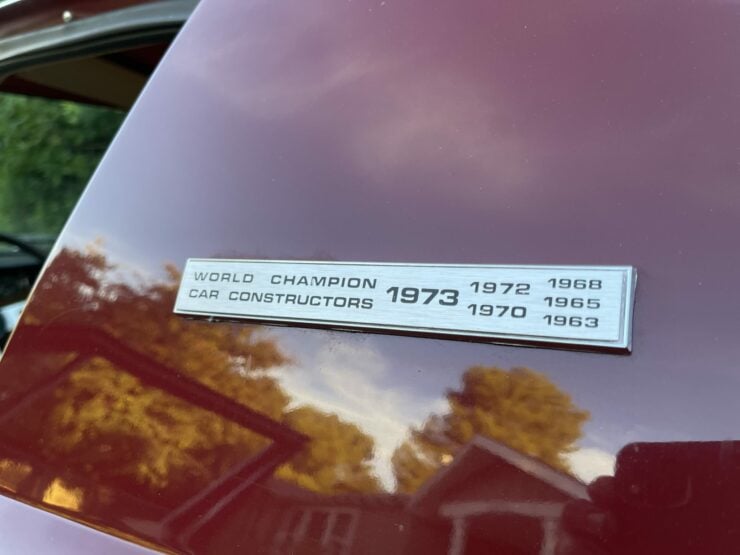 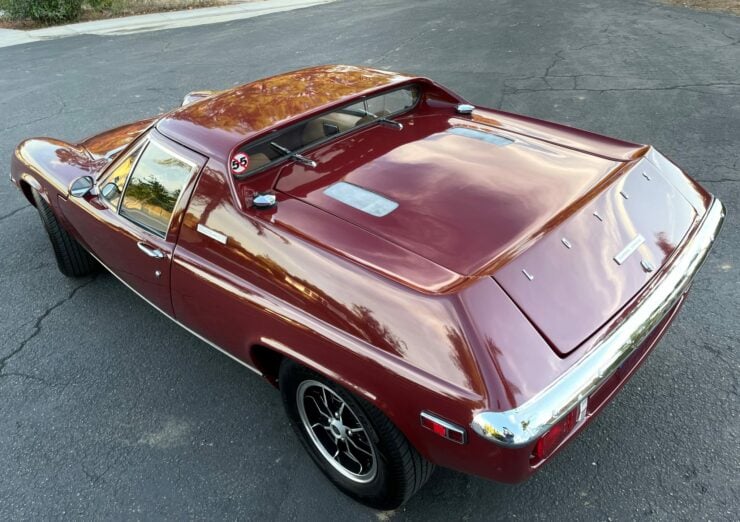 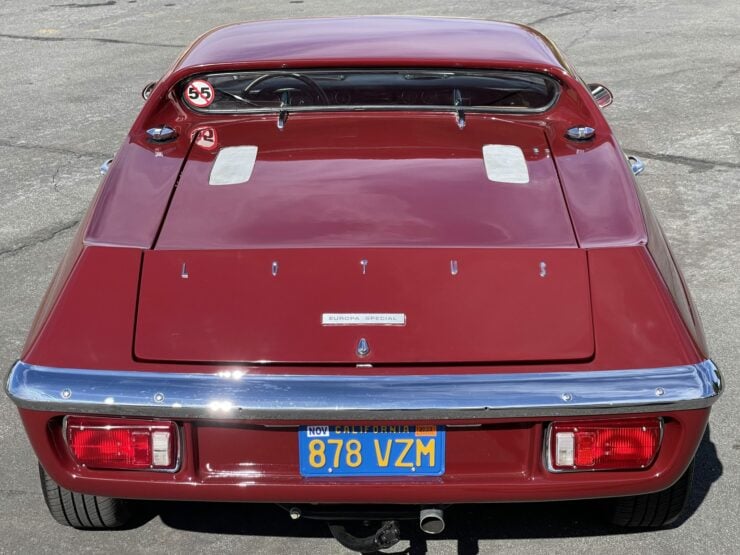 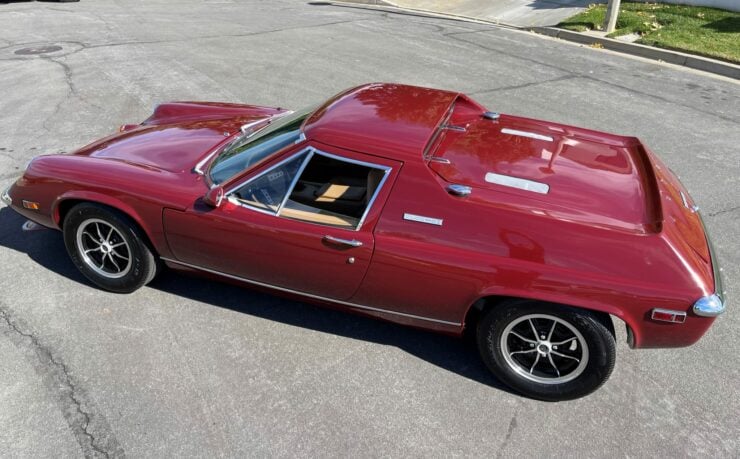 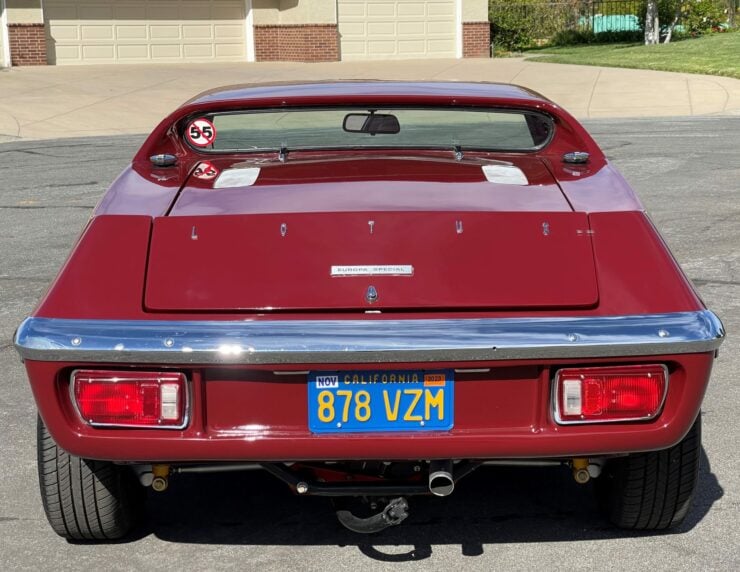 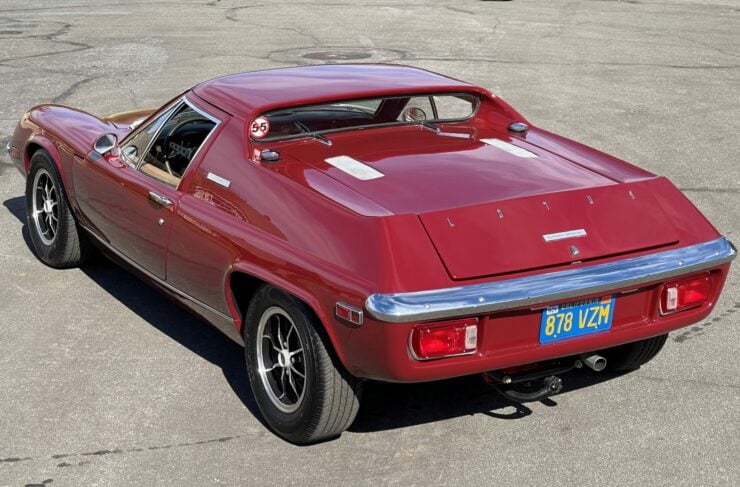 Images courtesy of Bring a Trailer

Silodrome was founded by Ben back in 2010, in the years since the site has grown to become a world leader in the alternative and vintage motoring sector, with well over a million monthly readers from around the world and many hundreds of thousands of followers on social media.