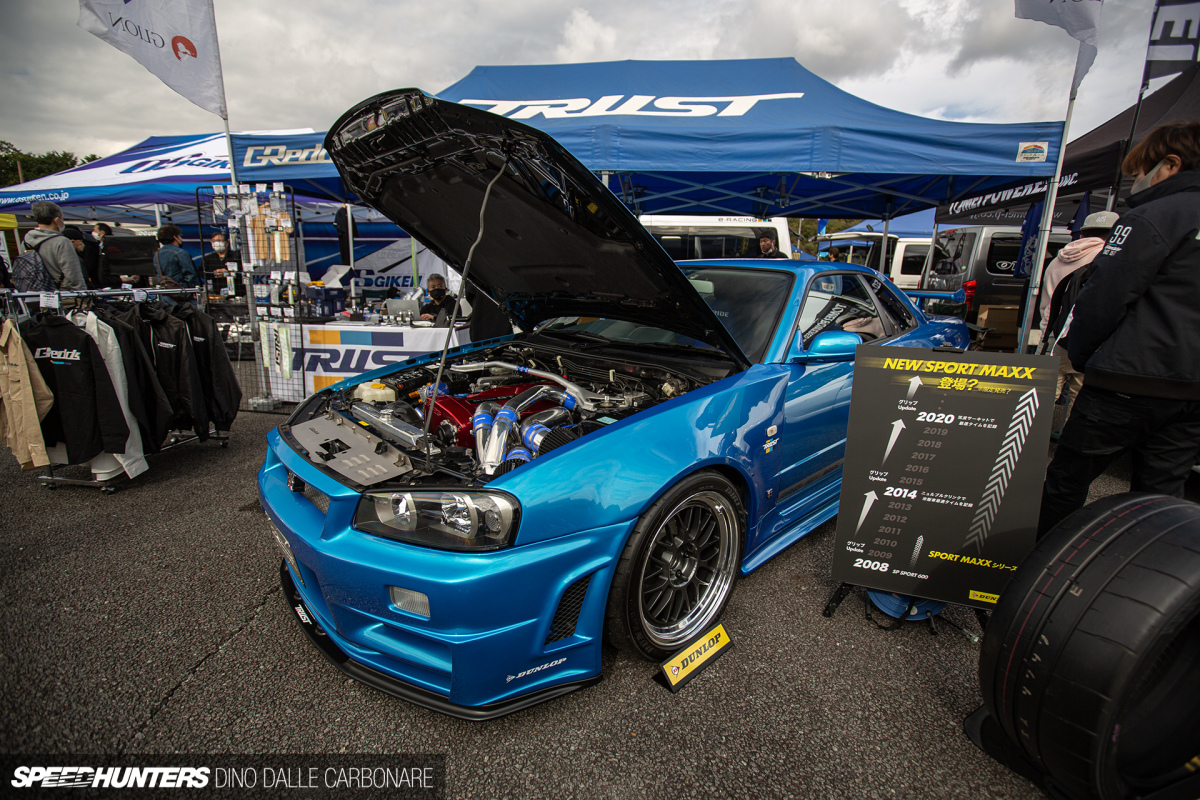 I’ll start this post with one question: Is a GT-R even a GT-R if it hasn’t been modified in some way? I mean, wasn’t it the whole point of the GT-R to begin with? (OK, that’s a second question!)

The GT-R was born out of Nissan’s desire to enter endurance racing and thus was designed as a strong platform to build upon. GT-R production car owners followed the same sort of path, with the odd upgrade here and there to extract some of the model’s hidden performance potential. Some took things much further, and a tuning icon was created.

Which brings us to the point of this post. Despite it being 33 years since the BNR32 was introduced, 27 years since the BCNR33 came to be, and 23 years since the BNR34 made its debut, there is still plenty of aftermarket R&D going into Nissan’s RB26-powered trio. In fact, it’s something that’s only ramped up in recent years thanks to a renewed interest in the model. For a GT-R owner, there’s never been a better time to refine every aspect of their car.

At R’s Meeting, I always like to do a quick round up of the new parts on display that stand out to me. This year we’ll start at the Trust booth, where their testbed BNR34 was sitting front and center.

In my first 2022 R’s Meeting post, I mentioned a new Trust part that featured in one of the R34’s engine shots. In case you didn’t spot it, I was referring to the intake manifold.

This new plenum, surge tank, or whatever you prefer to call it, is an awesome addition to any high-power RB26 build and a nice evolution over the original two-piece GReddy item that’s been on sale forever.

The plenum is available in two configurations, one to fit the stock six-throttle body setup and another that mounts Trust’s own single 100mm GReddy throttle body. The manifold is not only about increased volume; thanks to the shape and runner design it distributes the intake charge evenly across every one of the engine’s six intake ports.

The OS Giken EPC (Electric Pressure Controller) is pretty much the next step in ATTESA ET-S control, something that has come out of the need to keep these cars on the road. The OEM pressure sensor used in the second-gen GT-Rs is no longer being manufactured by Nissan, but it’s something that is required for these cars to pass shaken, Japan’s bi-annual roadworthiness inspection.

Around 10 years ago, we had a new generation of digital g-sensors that replaced the mechanical OEM units. As the signal coming from the unit was quicker, these units helped make the torque split react faster, and with some software tuning you could sort of trick the system to shift more torque to the front wheels for longer. I still run one of these units – a Tarzan Yamada/Do-Luck collaboration – in Project GT-R. The OS Giken EPC refines this, with faster and more efficient control coming directly from the OEM pressure valve.

This unit will be on sale next month, priced at around the equivalent of US$1,000. I’m told that another mode-selectable version that allows you to fine tune the behaviour of the car for different driving characteristics is in the pipeline, but of course that will come in at a higher price point.

Of course, the EPC wasn’t the only cool thing that OS Giken had on display; these guys are best known for their high-performance clutches and LSDs after all.

Staying on the mechanical side of things, Auto Gallery Yokohama have been busy making their demo machines and customer cars faster in time attack competition.

Aside from engine tuning and general car prep and set up, AGY are GT-R transmission masters. They were among the first to beef up the 5-speed gearboxes in the R32 and R33, offering better quality components and closer gear ratios for those doing a lot of track work or touge driving, and are now the go-to for R34 Getrag gearbox refreshes. Along with the aforementioned, they also offer options like WPC-treated gears and heavy-duty synchros and springs.

I was blown away by these R34 GT-R billet knuckles. Born out of Auto Gallery Yokohama’s time attack R&D, they beef up the entire assembly to result in smoother handling and braking performance. The knuckles apparently eliminate knock-back and vibration through the steering, and R35 GT-R hub bearings are used, which are both stronger and more durable. I’m told they are perfect for regular road use, too.

Auto Gallery Yokohama are responsible for popularising ribbed RB26 cam covers with a design based on the original RB20 cover, and these are great for anyone wanting to give their GT-R engine a JGTC look. Next to the blue powder-coated covers they even had an anodized, new-gen GReddy intake manifold.

Also on display were a couple of other billet components that AGY will be testing on their cars; a wild-looking, motorsport-type rear end and a new design RB26 sump. So much awesomeness!

I had a good look over the Midori R32 demo car, and in particular their take on titanium strut braces. Since Nismo’s original item have been going for crazy money on the secondhand market, a number of Japanese tuners have begun offering their own alternatives. Midori’s brace is probably the most simple looking of the lot. Thoughts?

Ignition coils are a very important RB26 upgrade as the stock items, despite being dated and plainly weak, do end up malfunctioning and causing misfiring issues. Midori have teamed up with Ignition Projects to offer their own solution based on R35 coils. Above is IP’s own R35 kit, which comes complete with all the wiring needed for fitting.

Keeping your GT-R comfortable and drivable even in the midst of a sweltering Japanese summer requires A/C system maintenance, something Midori does with a selection of rebuilt products and higher-spec condensers.

From HICAS cancellers, to exhausts, suspension, brakes and everything else I’ve already touched on, Midori Seibi Center have you covered for all your GT-R tuning needs.

I can’t possibly mention Midori without talking about Mine’s, as they are two of the fiercest rivals from back in the day.

Mine’s didn’t bring too many parts along to the event, but they did of course bring the Built By Legends R33 GT-R, which is pretty much a full-catalog build. Like others, Mine’s are supporting the GT-R market with more trim pieces, plastics and general consumables that end up breaking or needing replacement over time. Their R32 center console trim is a good example.

One part I spotted in the BBL R33 was this smoothly trimmed e-brake lever cover.

I was super-excited to see if HKS had made any progress on the insanely-complex turbo/intake piping that they showed at Tokyo Auto Salon back in January.

I was out of luck though, because they’re apparently saving that for a TAS 2023 unveil, which makes sense. I did hear that the pipes look amazing all done in carbon fiber, but I hate to think what something like that would be priced at!

As always, it was fun looking at HKS’s bottom end kits and dreaming of a torquey RB28 build…

And of course no RB build would be complete without the necessary cylinder head work. I had a chat to Nagoya-san of NAPREC, who talked me through the three main packages that they offer for the RB26 and the benefits of each one. I love running my fingertips over CNC-machined intake and exhaust ports and precisely cut valve seats… OK, time to move along as this is getting weird now!

Here’s a closer look at the RB engine Tomei Powered were displaying.

The welding on their front pipes is something pretty special.

I also came across some new parts for the R35, including this Blitz turbo upgrade. The kit is built around the stock turbos and is good for a healthy and reliable 750hp with supporting mods.

And I’ll finish up here at Kansai Service; you can see their R34 GT-R demo car in the opening shot of this post. I’ve always liked how they place importance on bracing the GT-R chassis’ underside; it’s a good way to add rigidity without being intrusive.

I hope you enjoyed this year’s R’s Meeting coverage and the evolution of the GT-R tuning scene itself. Do you agree that we are indeed living in peak GT-R times?

The R’s Meeting on Speedhunters