Watch An Electromodded BMW 3.0 CSL Prove That The Past Can Be The Future Against A Tuned Ford Mustang GT 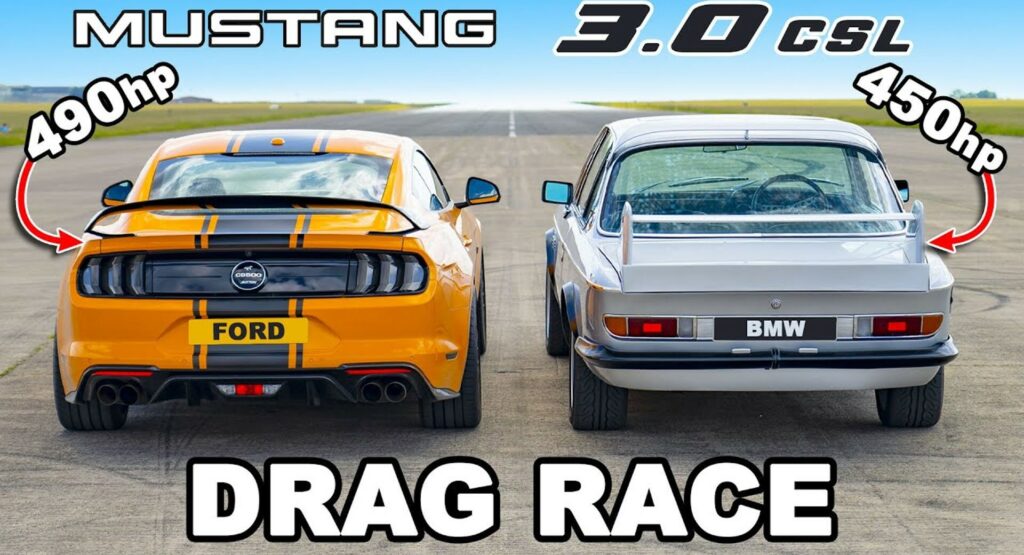 Maintaining and restoring classic cars can be an incredibly rewarding hobby but it’s a dwindling art. For some, the lack of tangible power on tap in a classic car keeps them from getting too interested in the process. One classic BMW 3.0 CSL, though, just proved that old doesn’t have to mean slow in a drag race against a tuned Ford Mustang GT.

Of course, old cars can be really fast but others are somewhat limited if restorers are going to stick with anything close to the original powertrain. That’s the case with regard to the stunning 3.0 CSL. In its most brutish stock form, it makes around 200 hp (149 kW). At the time that was good enough to be ground breaking but today, it’s a bit underwhelming in the face of modern speed.

The results are impressive as the old-school cool electromod ditches the Mustang at the start line like a bad habit. In fact, it’s only somewhere that looks to be well north of 100 mph that the Mustang starts to claw back any semblance of its dignity. At the end of the quarter-mile, the BMW has a full car-length gap still intact. On a subsequent race, the Mustang gets a better jump but still can’t manage a victory, this time with the 3.0 CSL just nosing the pony car.

The roll races are where things get interesting. In automatic mode, the Mustang struggles because it’s got to drop gears before it can really get going. Thus the BMW takes a third win. But when the Mustang is placed into the correct gear before the roll race the tables turn. Still, it proves that for those willing to go electric, hardcore acceleration will only be a pedal drop away at any moment.