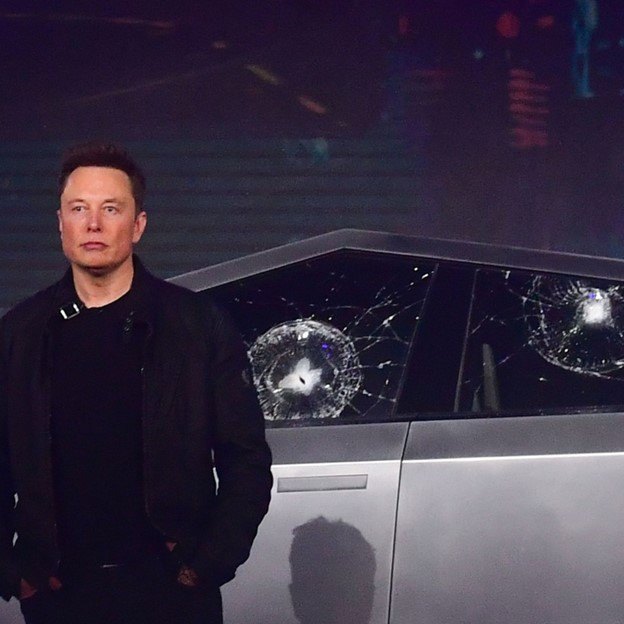 The biggest EV news of the last week has to be the official start of Tesla Semi deliveries, which were perfectly timed (intentionally or not) to drown out the news that the electric car brand had been forced to slash prices in both China and the US in the face of reduced site traffic and waning approval for the brand as-a-whole.

“Waning” approval might be underplaying it, in fact, as Tesla’s public approval rating has actually gone negative for the first time in the company’s history, with the electric automaker starting 2022 with a net-positive score of 5.9 percent, then peaking in May at 6.7 percent before falling to -1.4 percent in November, while Car News China reported that traffic to Tesla showrooms has dropped by as much as 50% in recent weeks.

As a truck, the Tesla Semi, itself, seems off to a good enough start. The company recently showed a fully loaded electric semi completing a 500-mile trip “fully loaded,” on Twitter.

The first deliveries of the Tesla Semi are going to Pepsi Frito-Lay, which is kind of the ideal partner for an electric semi, since deliveries of bagged chips are more about moving a given volume of goods, rather than weight, allowing a BEV truck to pull just as many bags as a diesel without those same batteries putting the rig as-a-whole over any legal weight limits.

There seemed to be a special sort of irony in Tesla announcing a driverless semi at the same time that the US government was making moves to crush a rail union strike, too, but that seems like something for the Best and Brightest to sort out, not me.

The Semi wasn’t the only electric truck news to come out of Tesla’s press event. The company has added “megawatt charging” to the long list of capabilities of its perpetually in-progress Cybertruck model, which now adds “fully charged in less time than it takes to fill up a gas tank” to a laundry list of promises that already included bulletproof glass, a bioweapon defense mode, and amphibious capabilities with a $39,900 starting price.

Meanwhile, Tesla’s troubled electric truck rivals at Lordstown Motors have defied the predictions of a number of industry insiders — mine, included! — and have put their Endurance pickup into limited production, received EPA and CARB homologation, and begun deliveries of their hub-motored electric pickup truck.

The formerly GM-owned Lordstown, Ohio factory that builds the Endurance is now owned by Foxconn, which is also set to build electric farm tractors and the upcoming, sub-$30K Fisker Pear compact.

Yes, this is the same Henrik Fisker that designed the BMW Z8 roadster before setting off on his own to build high-end body kits for the R230 Mercedes SL in the early ‘00s, only to be hired by Tesla to work on the styling of the Model S, then get sued by Tesla for developing his own, competing EV project in the form of the Fisker Karma (that 2008-12 era was an absolutely wild time for EVs!).

In addition to the Foxconn-built Pear, Fisker is also launching the Magna Steyr-built Ocean electric SUV, but a recent report from the Fisker shorts at Fuzzy Panda Research claims that things might not be as rosy for Fisker as they’d have us believe.

The short version is that Fisker pitches itself as an “asset-light” automotive brand, the “Apple” to Magna’s “Foxconn,” if you will, and often cites its large cash balance as proof that they’ve created a better business model than other automakers. The trouble is, that cash might be all tied up.

The report also claims that Fisker has attempted to hide the fact that the EV platform they are licensing was built for a Chinese EV, reminding some of the Electric Last Mile Solutions (ELMS) debacle, in which another EV SPAC tried to hide their vehicles Chinese origins — and, it should be noted, was also “outed” by Fuzzy Panda.

Other Startups Are Doing Better

If it seems like a lot of this week’s news is about new brands, as opposed to “legacy” brands, that might be by design — the legacies all got time to shine in Europe and LA in recent weeks, while we missed “Watts Up” Fridays during Veteran’s Day and Thanksgiving weekend, so it could be called “smart” for these smaller brands to wait until the noise died down a bit.

One brand that definitely took that route was Walmart-backed, Canoo, which delivered a prototype of its new Light Tactical Vehicle (LTV) to the United States Army this week, in fulfillment of a contract for Analysis & Demonstration awarded to the company in July 2022.

The Canoo LTV is being called a “jack-of-all trades” in the official press kit, which claims that the Light Tactical Vehicle can be converted from a pickup to a flatbed truck, a cargo vehicle, “and more,” while promising that its transformable flatbed platform can be configured to “easily” carry standard sized plywood, construction materials, and tactical equipment or attachments (read: big-ass guns) for whatever the given mission requires.

“The LTV is another milestone proving the power of our technology and how it can be used, even in tactical situations,” said Tony Aquila, Chairman & CEO at Canoo. “This is a winning algorithm for our customers and company.”

Finally, in the spirit of, “if the mountain won’t come to Mohammed, Mohammed must go to the mountain,” hydrogen fuel cell hypercar brand Hyperion has announced that, since the US government doesn’t seem to be in a hurry to roll out a hydrogen infrastructure any time soon, it will ensure its well-heeled hypercar buyers have a ready supply of H (and hydrogen, too) in the form of a mobile hydrogen filling station that is blessed with some of the best, atomic-age GM styling I’ve seen in decades.

It’s all vaporware and nonsense meant to generate eyeballs and deposits that will probably never lead to anything more than tax write-offs, but I can dream, can’t I?

[Images: Screenshot of Tesla launch; provided by the manufacturers]

Become a TTAC insider. Get the latest news, features, TTAC takes, and everything else that gets to the truth about cars first by  subscribing to our newsletter.